Right on target!!! Are the kids from the Grass Hollow Archery Club nestled in Schuylkill County in Orwigsburg. Owner Frank McDonough learned to hunt in this are... 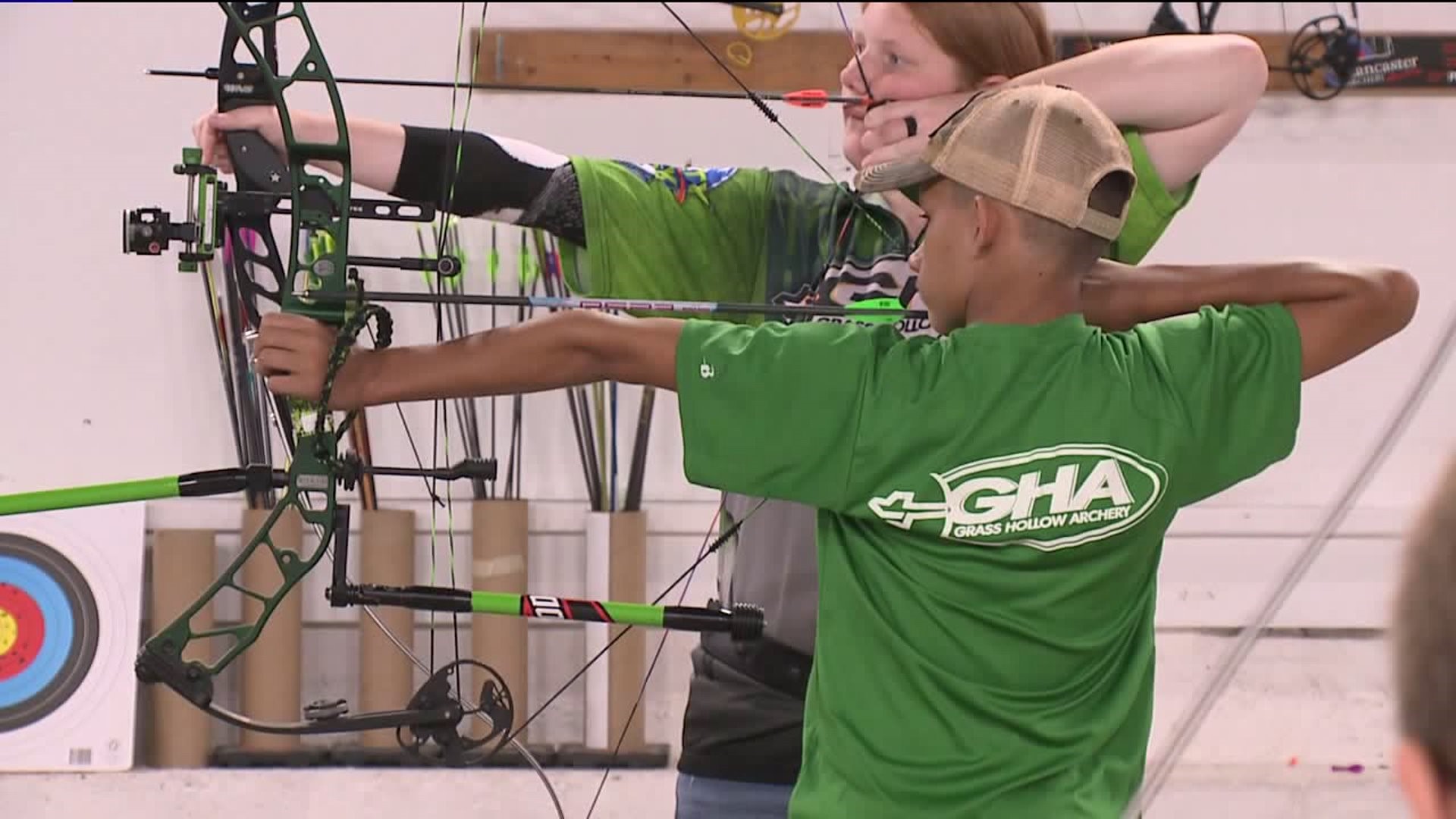 Are the kids from the Grass Hollow Archery Club nestled in Schuylkill County in Orwigsburg.

Owner Frank McDonough learned to hunt in this area as a child with his father Dick learning the finer points of archery. He is now passing that onto his son Evan and the next generation learning this sport.

"The best years of my life I spent with my father shooting archery competing traveling around. His pictures on the wall>
as you walk in the door and it's really really that is what this place is a tribute to my childhood and being with him as a young competitor," said Frank.

"What do you tell your friends when you come back home? That I am a national champion and I won a state title," said Eli.

"It was fun!!! And my competitors who we're also very positive about it they congratulated me. I congratulated them. It was so much fun," said Maggie.

We'll Frank McDonough has had Grass Hollow Archery open for about a year now and already they have two national champions in Scholastic 3D archery certainly the future of this sport looks bright in Schuylkill County.

"To be able to bring I guess archery to the Schuylkill area and to see these kids succeed after going out to Illinois for the national championship was definitely a fulfilling moment to say the least," added Frank.

Kiersten Munley was 3rd nationally in Shooter of the Year competing in all three phases this season Indoor, Outdoor and 3D. Steve Lloyd reporting for Newswatch 16 sports from Schuylkill County.