A train engineer from Schuylkill County was diagnosed with debilitating disease. His railroading friends held a fundraiser and gave him a hefty check. 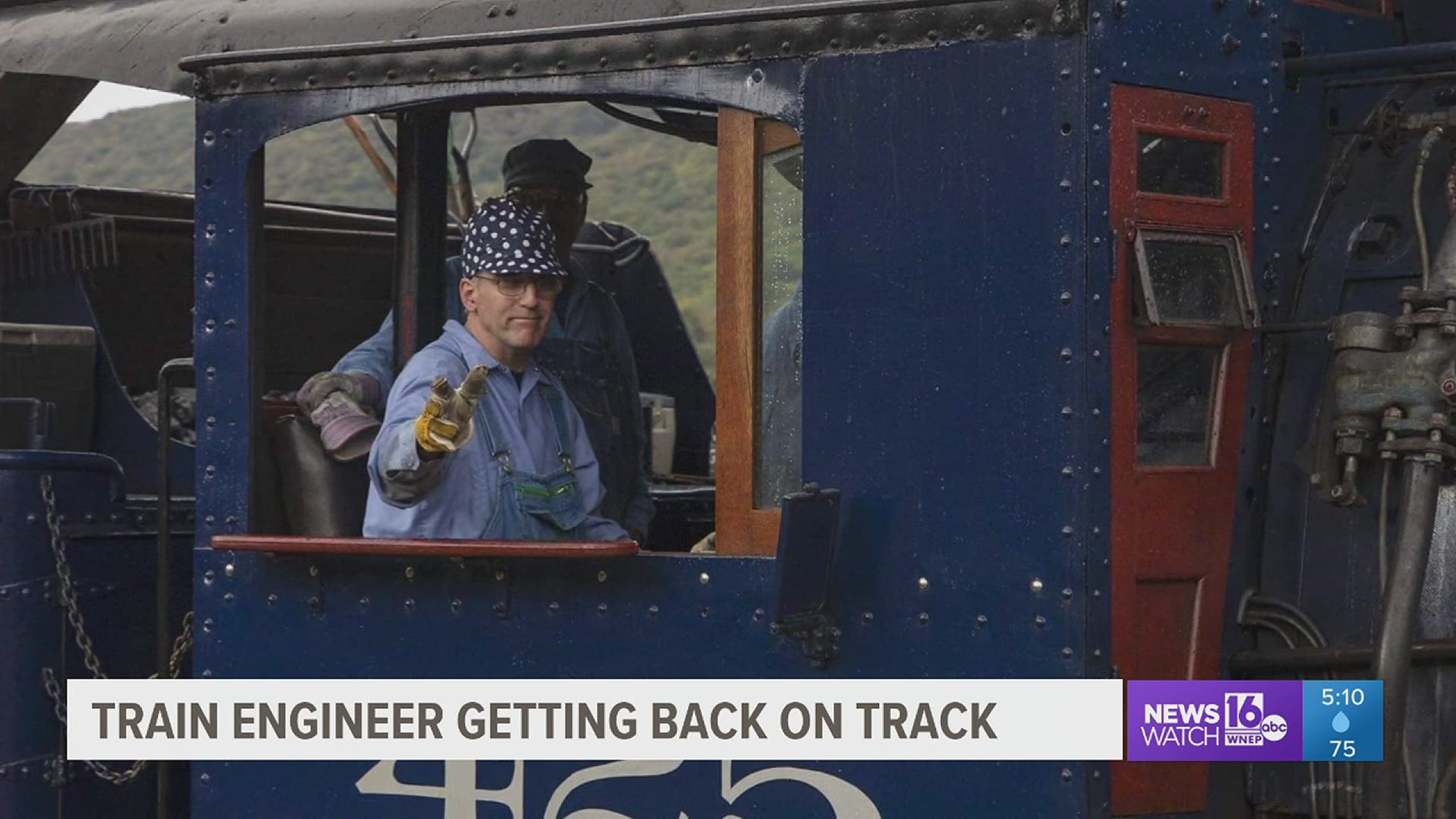 MINERSVILLE, Pa. — Where there's a steam locomotive, Chris Bost is never too far away. He's been an engineer for more than three decades.

"I always wanted to do it since I was a kid," he said. "It's not like a job or anything. It's pretty thrilling. Especially when you can get out on the main line and you can go."

Bost is often the man who gets things moving for Project 113 in Minersville, operating the locomotive in his signature polka dot hat.

"I'm usually their go-to guy when they run trips, as their engineer," Bost said. "To be asked to do that is pretty nice."

But that all changed earlier this year when Bost was diagnosed with a neurological disorder that's weakened his arms and legs.

He said family, friends, and coworkers stepped up right away to assist him with medical costs.

"So when this came around that Project 113 was going to run this trip as a benefit for me, I was again overwhelmed," Bost recalled.

Project members fired up the locomotive for train rides last month. More than 400 people came out to show their support.

On Friday, Project 113 President Bob Kimmel gave Bost a $12,000 check for the proceeds.

Bost said it will go a long way.

"Whatever I need to get well, that's what this is going to go towards," he said.

Bost said the support is helping him mentally and physically, even on hard days. He's humbled by the outpouring.

"I can't think of any other place that would do something like this," he said. "The only way that I feel I could pay everybody back is to get well. So that's where we're gonna go, that's what we're gonna do."

When he's behind the controls, Bost's motto is "the faster the better." He's approaching his recovery with that same spirit, hoping to once again take his seat aboard the 113 in no time.