LOCUST LAKE STATE PARK — A couple from Schuylkill County were on a camping trip recently and while kayaking, they came across something you wouldn’t... 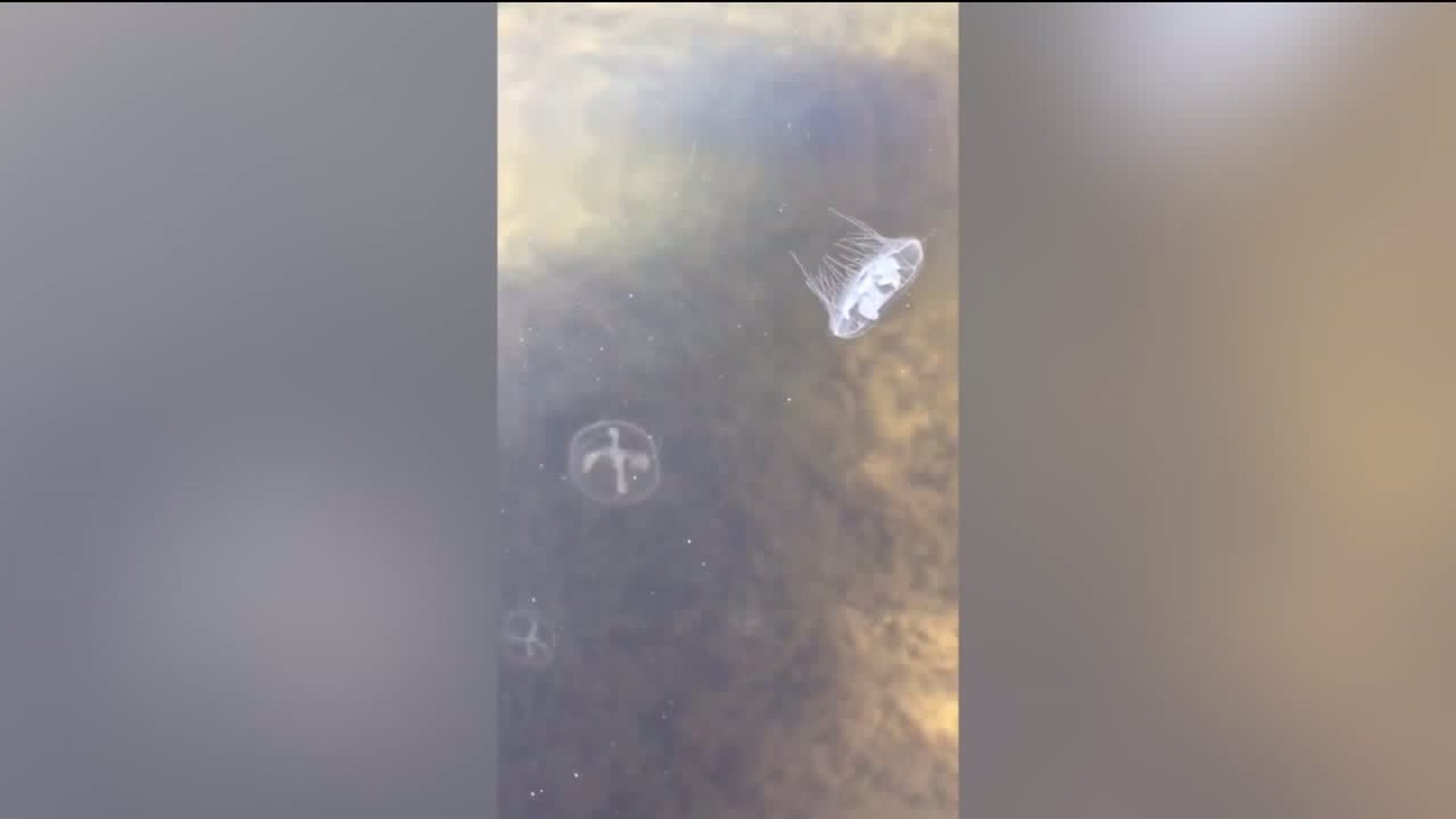 LOCUST LAKE STATE PARK -- A couple from Schuylkill County were on a camping trip recently and while kayaking, they came across something you wouldn't normally see in freshwater.

"We were up here for the weekend camping at the state park, and then Sunday, we brought our kayaks out. We were taking a leisurely paddle around the lake and when we got over toward this area near the beach, we started to see these white medallion things in the water," Julia Sophy said.

It turns out Julia Sophy and her husband Frank came across freshwater jellyfish, which are rare but can be found here in Pennsylvania. Frank is a former forester and avid outdoorsman and says he's never seen them before.

"They attack fish eggs and kill some micro-vertebrates, but they wouldn't hurt anyone. When Julie jumped it from her paddle to my hand, it was just a slimy, non-shaped object, it lost its whole shape, like a little piece of slime," said Frank Snyder.

According to the DCNR, there have been other spottings of these freshwater jellyfish at Locust Lake State Park. They have stingers, but they are not strong enough to puncture a person's skin, so if you come across these critters, there's no reason to freak out.