An old hospital in Schuylkill County has been sold to the highest bidder. The auction closed Thursday. Neighbors want to see the property thrive again. 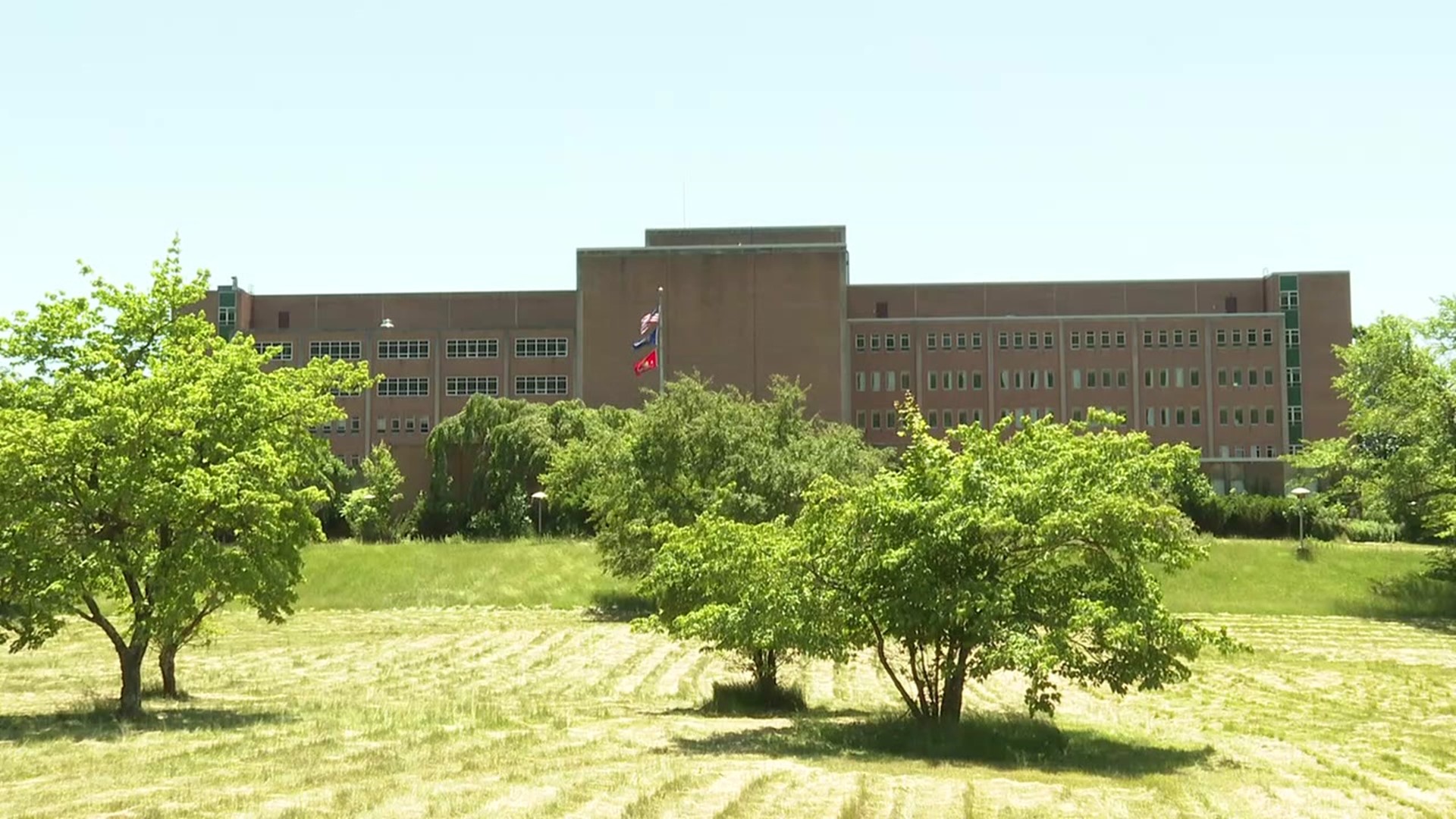 Built in 1966, the 191,000 square-foot building was most recently home to Saint Catherine Medical Center.

More than five years later, the property is overgrown, with downed branches lying across sections of the cracked and aging entry roads.

Ellen Wagner and her brother-in-law Dave Lamb were passing through the area Thursday and stopped to see what has become of the old building.

“I worked there in high school one summer,” Wagner said. “It was in the lab.”

“I had my tonsils taken out up there when I was a little kid,” Lamb added.

Danny Quick has lived across the street from the property from the beginning.

“I seen it being built, I seen the old hospital being torn down,” Quick said. “So every change that it made, I've seen.”

The property was put up for auction on a commercial real estate website, and it was listed as an office.

“The last two or three owners, we thought they were going to do good, but they did so much, and then they walked out. They said it cost too much money,” Quick recalled. “I'd love to see it open up as a hospital again. Even an old age home or something. Something to bring the property value back up.”

“I think it's deteriorated to the point where they're probably going to have to tear it down,” Lamb said. “That's what I think. It's been unoccupied for a long time.

The auction closed Thursday afternoon. At last check, the top bid was listed at $450,000.

The sale's broker told Newswatch 16 a private client made an approved bid and is entering into a contract on the property.

Quick hopes the new owner can bring the building back to life.

“Knowing what it was and what it could be, it's terrible to see it just go downhill,” he said.

The sale is expected to close in 30 days. That's when the final purchase price and buyer will be released to the public.