SCHUYLKILL COUNTY, Pa. — The North Schuylkill Spartans hosted Pottsville to fight for the top spot in their division on Friday night, both squads boasting... 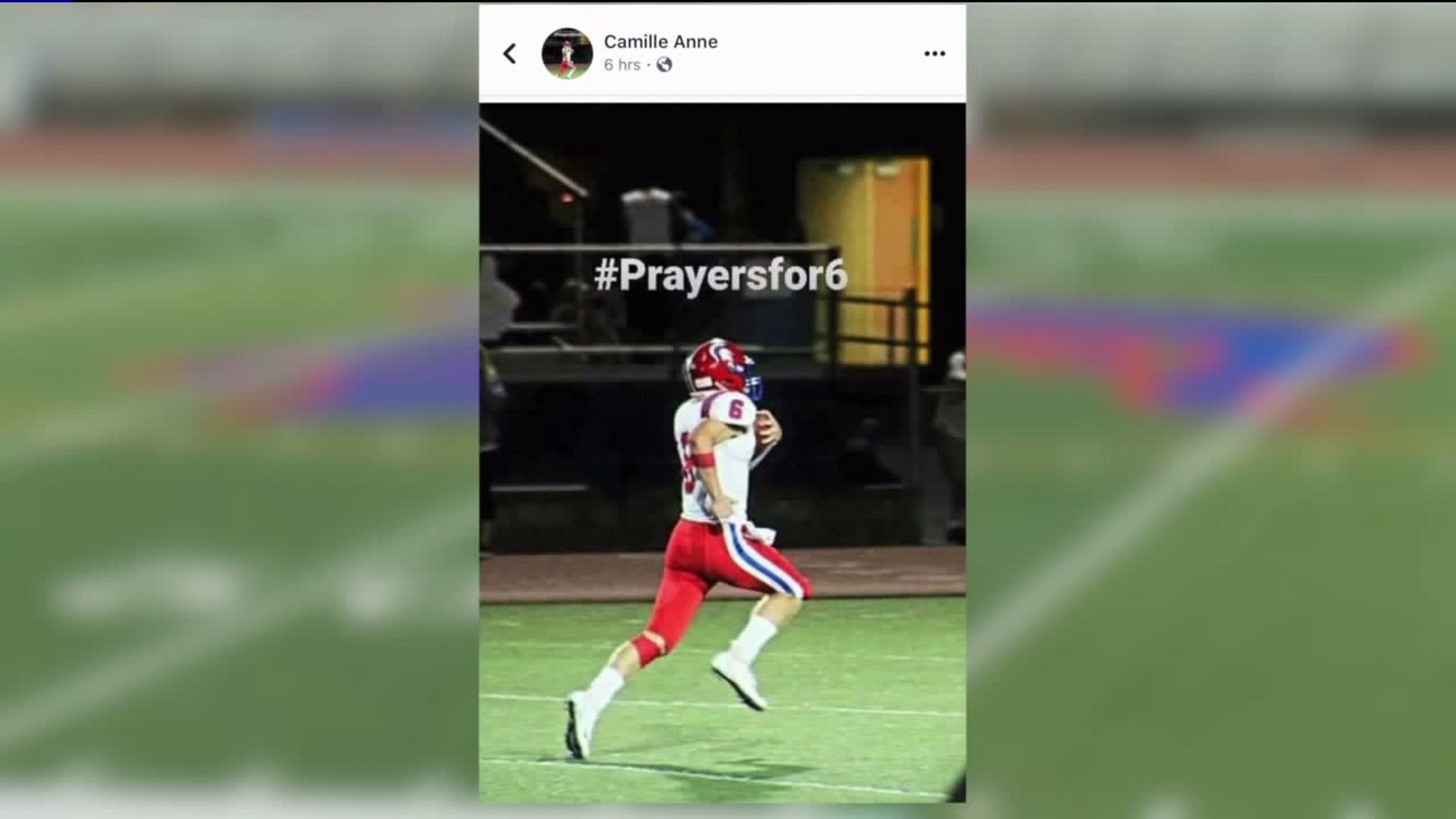 SCHUYLKILL COUNTY, Pa. -- The North Schuylkill Spartans hosted Pottsville to fight for the top spot in their division on Friday night, both squads boasting impressive eight and one records. North Schuylkill athletic director Jim Gross describes the atmosphere as electric.

“It was our senior night. It was also a Pink Out night here,” Gross said.

But, he says the energy in the stadium changed during the third quarter. With just over six minutes remaining, Jaden Leiby went down.

One fan who saw the devastating play says, at the time of his injury, Jaden Leiby was doing what he did best, making a fantastic play, and in this case, a fantastic tackle.

"The other boy was moving at full speed.  When he hit him, he did a full somersault, the Pottsville player,” Tom Hepler of Butler Township said.

Leiby was taken off the field on a stretcher, acknowledging fans with a wave of his arm on the way out.  He was taken to this field in Ashland and flown to Lehigh Valley Hospital

Now the community is coming together on social media in support of Jaden. Many teams, divisions, players and fans are posting on Facebook and Tweeting with the hashtag prayers for Jaden. Many even changing their profile pictures to a hashtagged shot of #6 running.

“I felt it was a victory because we ended up winning the championship, but in the same token, it was a down game because of what happened,” Tom Fuller of Butler Township said.

"We've gotten a lot of outpouring of support from schools within our Schuylkill League, within District XI, and we appreciate all of the well wishes for Jaden’s recovery,” Gross said.