TREMONT, Pa. — In Tremont, people woke up to water flooding the streets and their homes. Crews have been working throughout the day trying to pump water o... 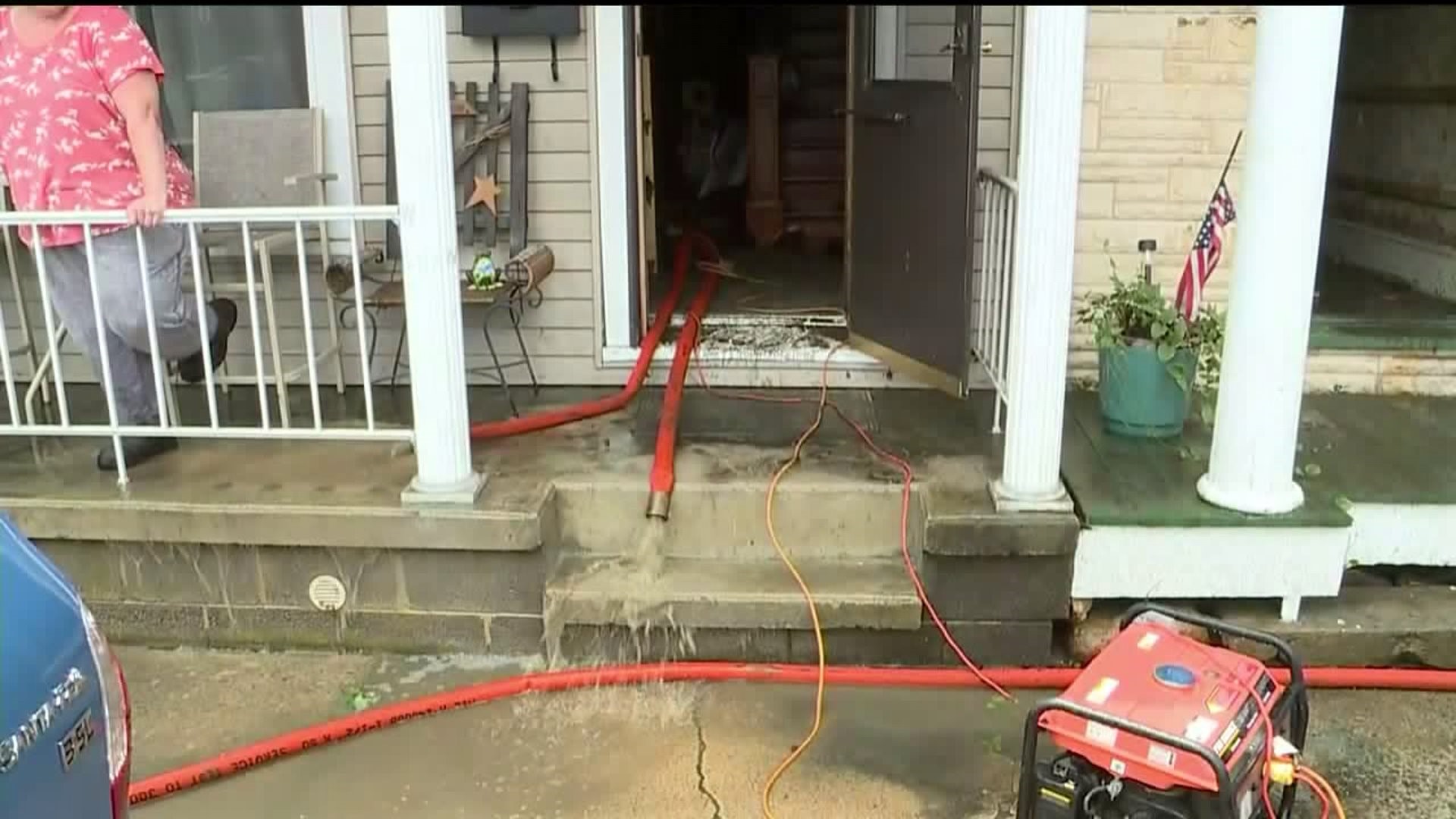 TREMONT, Pa. -- In Tremont, people woke up to water flooding the streets and their homes.

Crews have been working throughout the day trying to pump water out of the area but with more rain expected, they're bracing for the potential of more flooding.

Video sent to us from a viewer in Tremont shows rushing water flowing down Route 125 flooding cars and homes.

"The street washed out. It came down through, and the two culverts here were blocked, and they said it was about three, four foot of water right here in the street alone, and it almost went in the houses. It was ugly. It got bad in a hurry. Within an hour and a half, it came up that fast," said Richard Herb.

Heavy rainfall caused flooding in several areas of Tremont. Tyler Schaeffer says he woke up to water in his home.

"We came down around 6 and saw there was water on the first floor and pretty much got out from there. The fire company actually picked us up," Schaeffer said.

Firefighters and other fire responders pumped water out of homes.

Tremont's mayor says the flooding destroyed some of the buildings, and he believes Tremont's American Legion Post may have to be condemned.

Near South Pine Street, several portions of the road have been washed out and water carried debris through the streets.

This flood reminds many people of the damage left behind by Tropical Storm Lee in 2011.

"I think this one was worse. It really hit hard," Herb said.

As the area braces for more rain and the potential of more flooding, people like Tyler Schaeffer are doing everything they can to remain optimistic.

"Just wait until we hear from insurance and see what they say to do and take it one step at a time, I guess."

The mayor does not know at this point how many people were displaced because of the flooding.

Tremont has emergency shelters set up at its borough hall and at its ambulance garage.