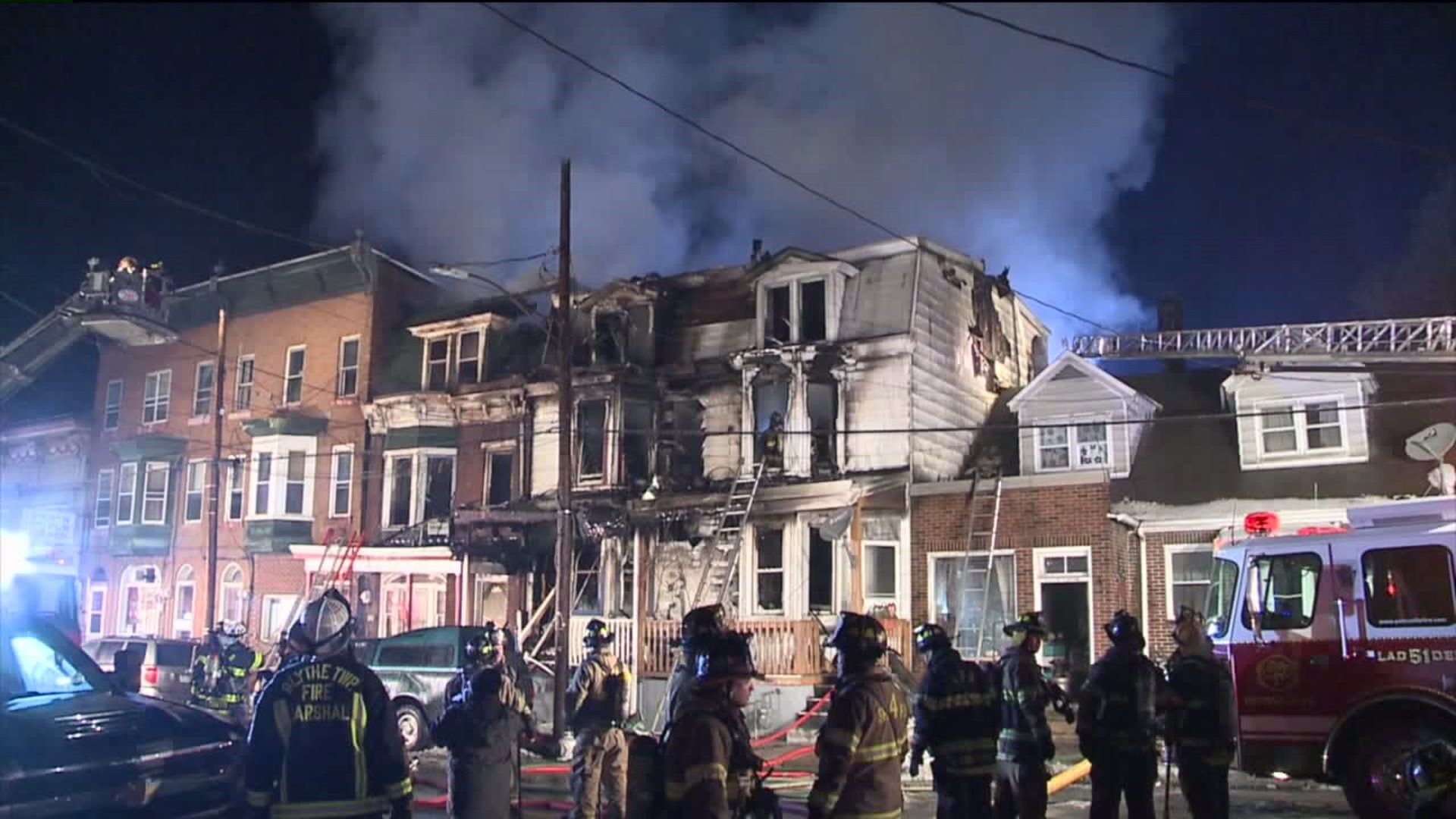 Video from a viewer shows flames shooting from the windows and thick black smoke filling the sky as fire crews worked to put out the fire on Pike Street in Port Carbon.

The third alarm went out around 9:30 p.m. Saturday.

Newswatch 16 spoke with some of the 15 people who lived in the three buildings that were destroyed by that fire. They said they only had a matter of seconds to grab their pets and make it out with their lives.

Families who called this place home are now looking at what those flames left behind. Tenants say they're lucky they made it out alive.

Michael Liguoro lived there with his girlfriend and their cat. He said when he saw smoke rising from his electrical outlets in his top story apartment, he knew he had to get out.

"It was scary that within seconds it filled up the house with smoke," Liguoro said. "I got to the last step and the cat takes off running up the stairs, so I ran back up after her and got her cornered in the closet and I grabbed her and we ran down, and by that time, the flames were already were folding over into our house, too."

The fire marshal said 15 people who lived in the three homes will have to find new places to live as these homes are a total loss.

Investigators say the cause was likely an alternative heating source, but they are still interviewing residents to pinpoint the exact cause.

Residents say they are now left with nothing, but a police officer was able to salvage something special for one resident: a photograph of her son.

"When you bring something like that out, and that's the only thing that you bring out is her son's picture, that says that you know someone was looking down on us, you know?" said Earl Lechleitner, a relative.

As Lechleitner looked at the destruction left behind, he says he's thankful everyone made it out with their lives

"I don't care about anything else in there. Everything else can be replaced, you know? You can't replace a mother or father, any relative or family member, so as long as she came out, I don't care what was in there."

Officials tell us that one resident and one firefighter were sent to the hospital with minor injuries because of the fire. Both were treated and released.

The American Red Cross is helping the 15 victims.

There is still no word on an official cause.