SHENANDOAH, Pa. — Fire officials have confirmed a kitchen fire is to blame for the loss of a home in Shenandoah. A viewer sent in cellphone video that sho... 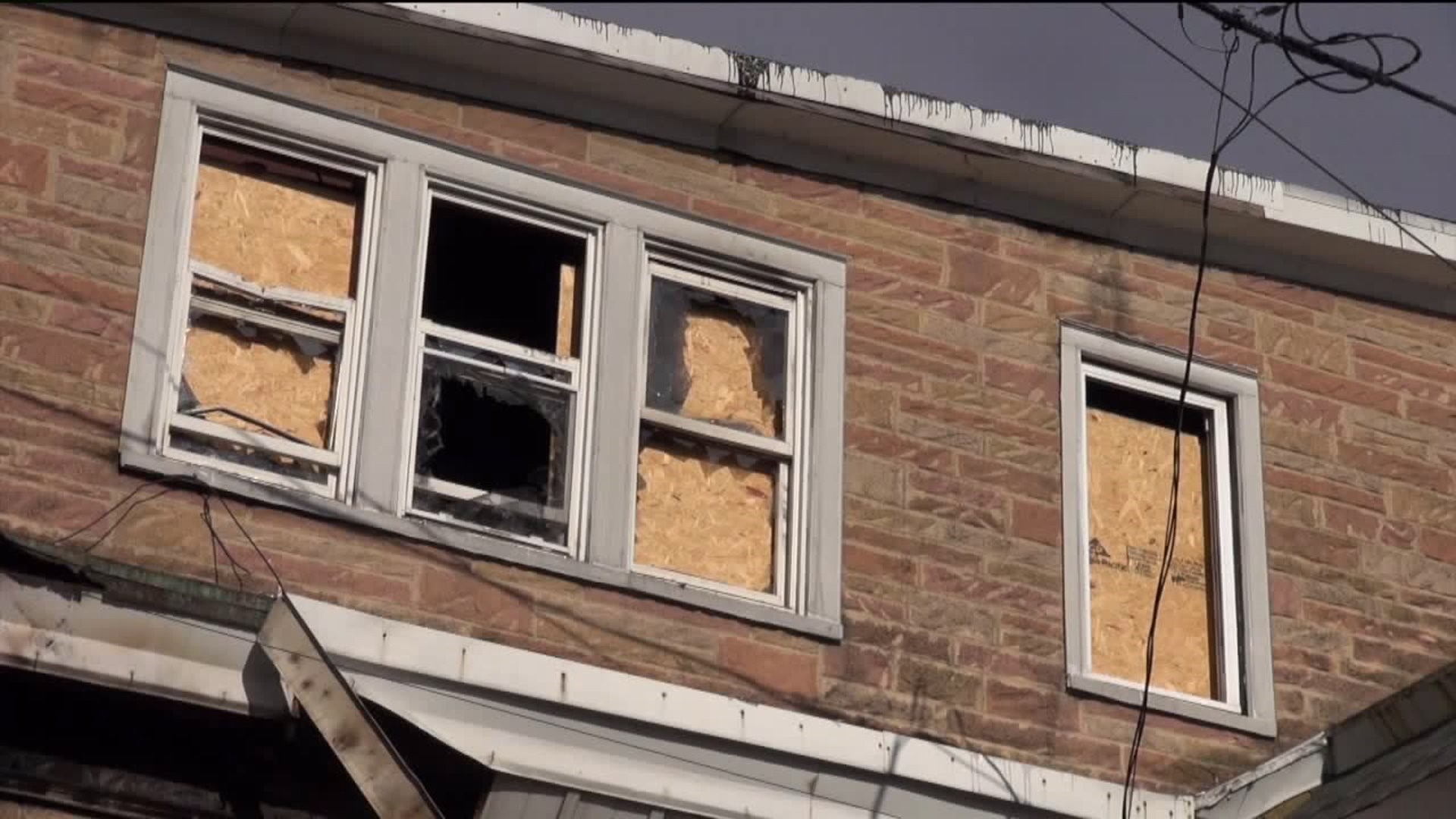 SHENANDOAH, Pa. -- Fire officials have confirmed a kitchen fire is to blame for the loss of a home in Shenandoah. A viewer sent in cellphone video that shows the flames ripping through one side of the double block home on South Jardin Street Tuesday night. Neighbors say they cannot believe how fast it happened.

"I didn't know what to think, but I knew they had all the firetrucks here, and they had everything under control. A lot of smoke," said Ed Staskiewicz, Shenandoah.

"I just saw everybody. All the roads were blocked off, from there all the way down," Erica Holloman added. She was driving home with her mom in downtown Shenandoah at the time of the fire Tuesday night.

One day later, neighbors went back to the home on South Jardin Street to see the damage in daylight.

"I saw all the commotion last night and got worried and just wanted to check it out. It's kind of sad. Hopefully, everyone is alright of course," Holloman.

No one was hurt in the fire, but now three people are without a home. Fire officials say it started as a grease fire in the kitchen on a stove.

"I've lived here quite a few years. Shenandoah has experienced a lot of fires, and it just breaks my heart," said Jeffery Bohanick, Shenandoah.

Neighbors who live along the rest of the block tell Newswatch 16 the fire spread so quickly, that they actually temporarily evacuated their homes, too because they were afraid the fire would spread towards their homes.

"It doesn't help that all the houses are so close," Holloman explained.

Neighbors tell Newswatch 16 the double block home on South Jardin Street is well known in the community. They say back in the day, folks used to refer to it as Shenandoah mansion.

"Such a beautiful home, one of the nicer ones in the area," Bohanick said.

The American Red Cross is assisting the family who lives in the home. Neighbors say they hope the community will be able to help out, too.

"I hope so. Winter is a hard time. We'll rally as much as we can," Bohanick added.

Fire officials say there is just minor damage to the other side of the double block home where one man lives. He had to stay somewhere else Tuesday night, but is expected to return when power is restored.