ASHLAND, Pa. —  Firefighters were up against a ball of fire on Brock Street in Ashland. The blaze destroyed six row homes including  Michael Wilson’... 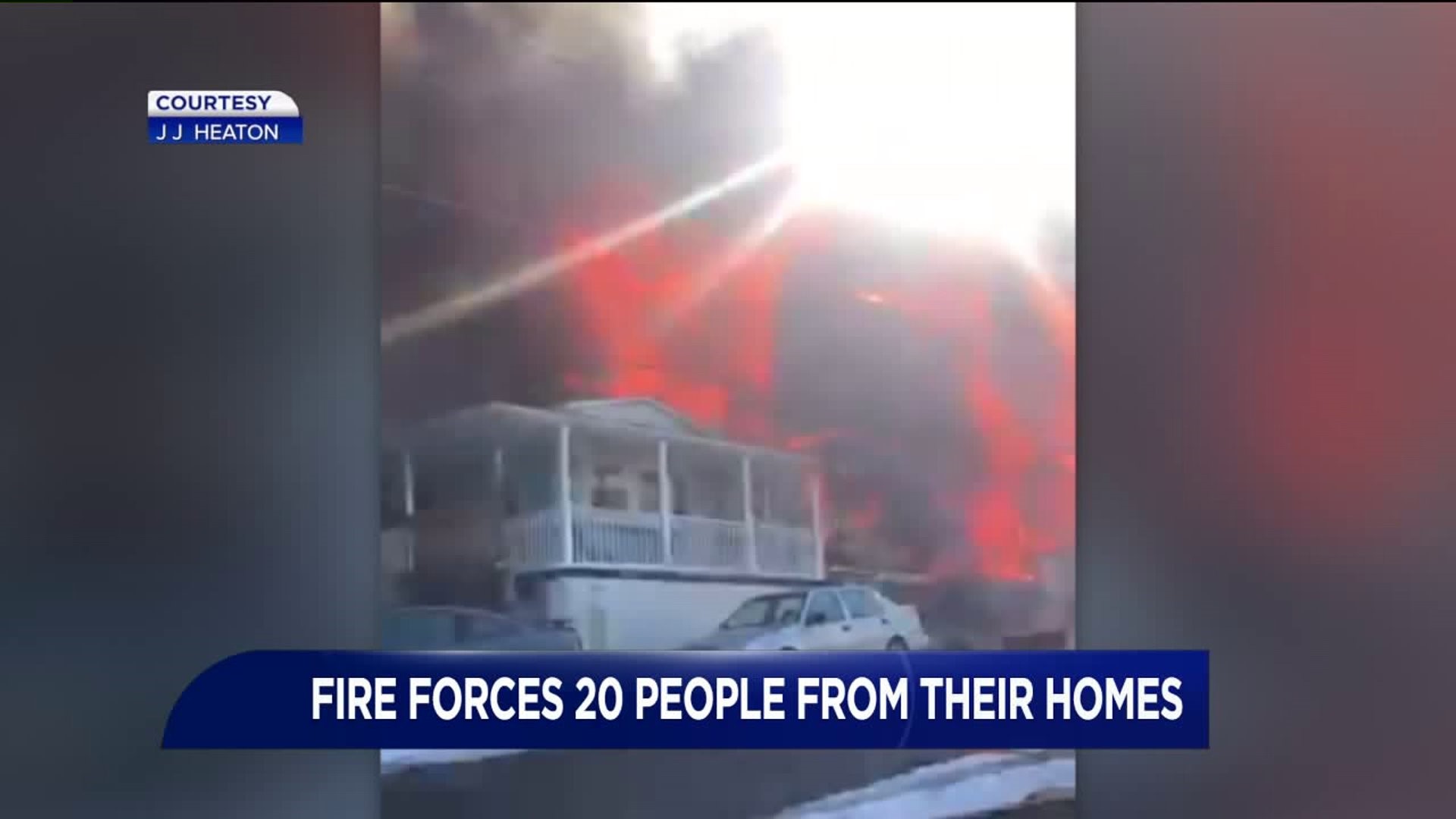 ASHLAND, Pa. --  Firefighters were up against a ball of fire on Brock Street in Ashland.

Wilson is the assistant fire chief in Girardville and was one of the first to respond only to then learn it was his own home up in flames.

"I have 28 years in with the fire service so you see a lot, but this just hasn't set in yet," said Wilson.

All 20 people made it out safely but five of the six homes are destroyed.

"We lost everything to our names. Everything," said fire victim Ciera Waizenegger.

Neighbors watched as crews from all over Schuylkill County worked to put out the flames. The Ashland Fire Chief says it took minutes for these six homes to burn.

"It just looked like a bunch of flames all downstairs and no sooner than we got out the whole house was just caught up in flames," said Waizenegger.

The fire chief says it took two hours to get the fire under control and even three hours since it started, crews were still working on putting out hot spots.

"It's a rough situation here. It's a narrow street. We had some water issues, we had to get our tanker task force activated once all that was in place, things went pretty smooth after that," said Chief Philip Groody.

Fire crews were eventually able to put the flames out.

A state police fire marshal is looking to find a cause. The Red Cross is helping those 20 people who are displaced after the fire in Schuylkill County.