It happened in a second floor room in what's been known as the Girard Mansion in Girardville. 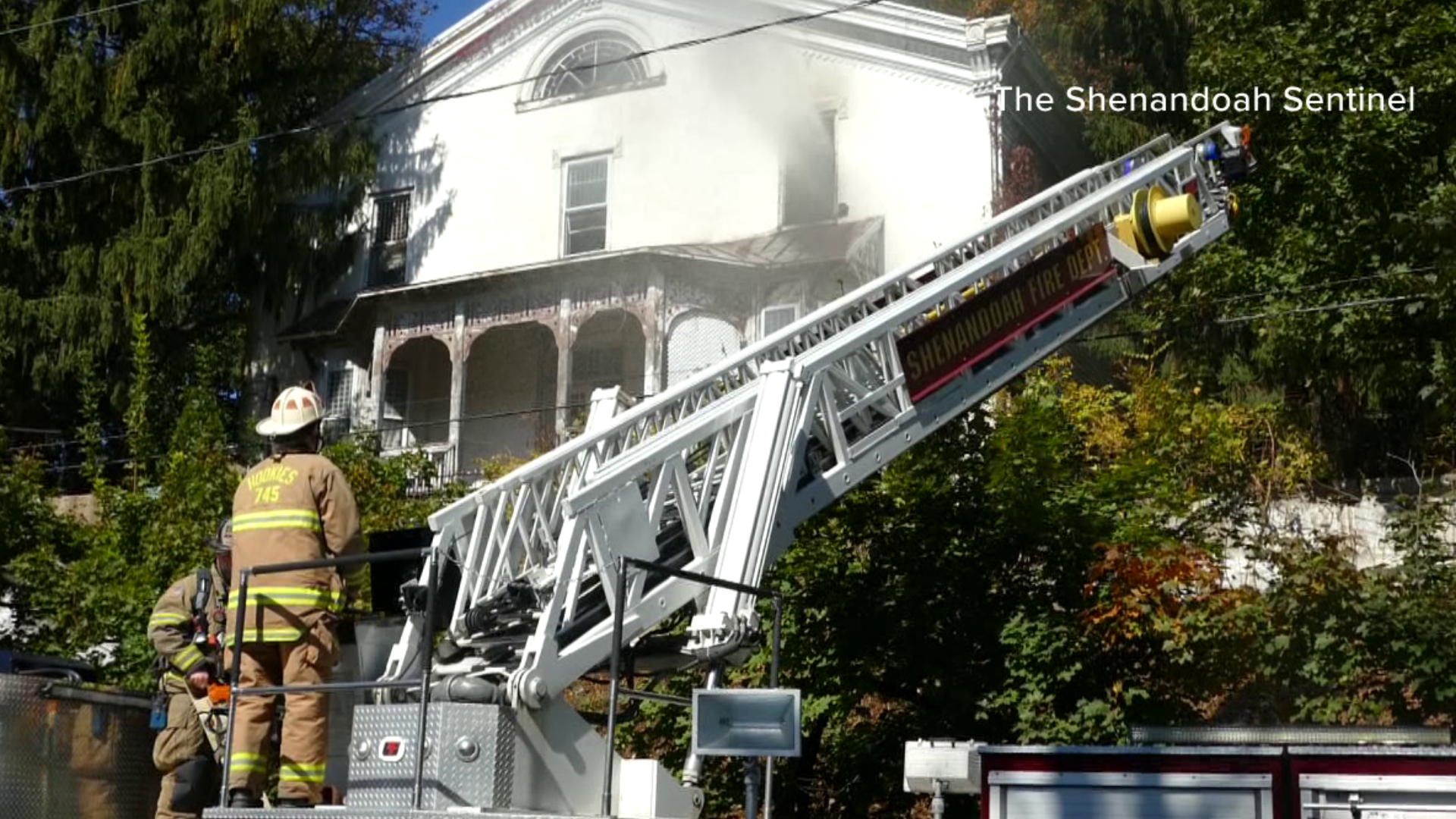 GIRARDVILLE, Pa. — In video sent to Newswatch 16 from the Shenandoah Sentinel, smoke can be seen coming out of the second-floor window in a large home, known in Girardville as the Girard Mansion.

Girardville Fire Chief Frank Zangari says the mansion had recently been purchased by a man from Northumberland County.

There were people inside doing renovation work when the fire broke out.

"The lady was at the front door. I kicked the front door, she was coming out already, yelling there's another person in there,” said Zangari. “By that time the other lady came out the side. They were in there working on this property.”

Zangari says his crew got the fire contained to just the room and under control within 15 minutes.

The chief and others in Girardville have personal ties to the Girard Mansion that's been there since the 1830's and has changed ownership over the last nearly 200 years.

"This was the old Saint Vincent's Convent when I was a young Catholic boy in Catholic school here. And the sisters lived there. So, the inside of the building is historic. Paintings and woodwork.”

Zangari says the new owner told him he's restoring the mansion in the hopes of getting it named as a historical building.

Robert Krick is the president of the Girardville Historical Society. He says the house was commissioned by Stephen Girard but he never lived there, having passed on around the time work was finished.

"The architect who built that house also was part of the group that designed the Capitol building in Washington, D.C.,” said Krick.

While the fire chief says he never wants to see any building damaged while fighting a fire, he asked his volunteers to be especially careful with this one, knowing how much history is there.

And despite changing ownership, Zangari says most of the mansion remains with its original design.

"They kept the plastered ceilings and the murals and the fireplaces. It's just beautiful,” said Zangari. “It's just wonderful to see somebody has that interest to restore a building with that history and bring it back to our community.”

Zangari says the fire was ruled accidental, saying an electrical fire broke out during renovation work.