An Action 16 Investigation into a troubled hospital in Schuylkill County continues. Newswatch 16 obtained a copy of a federal inspection that appears to show wo... 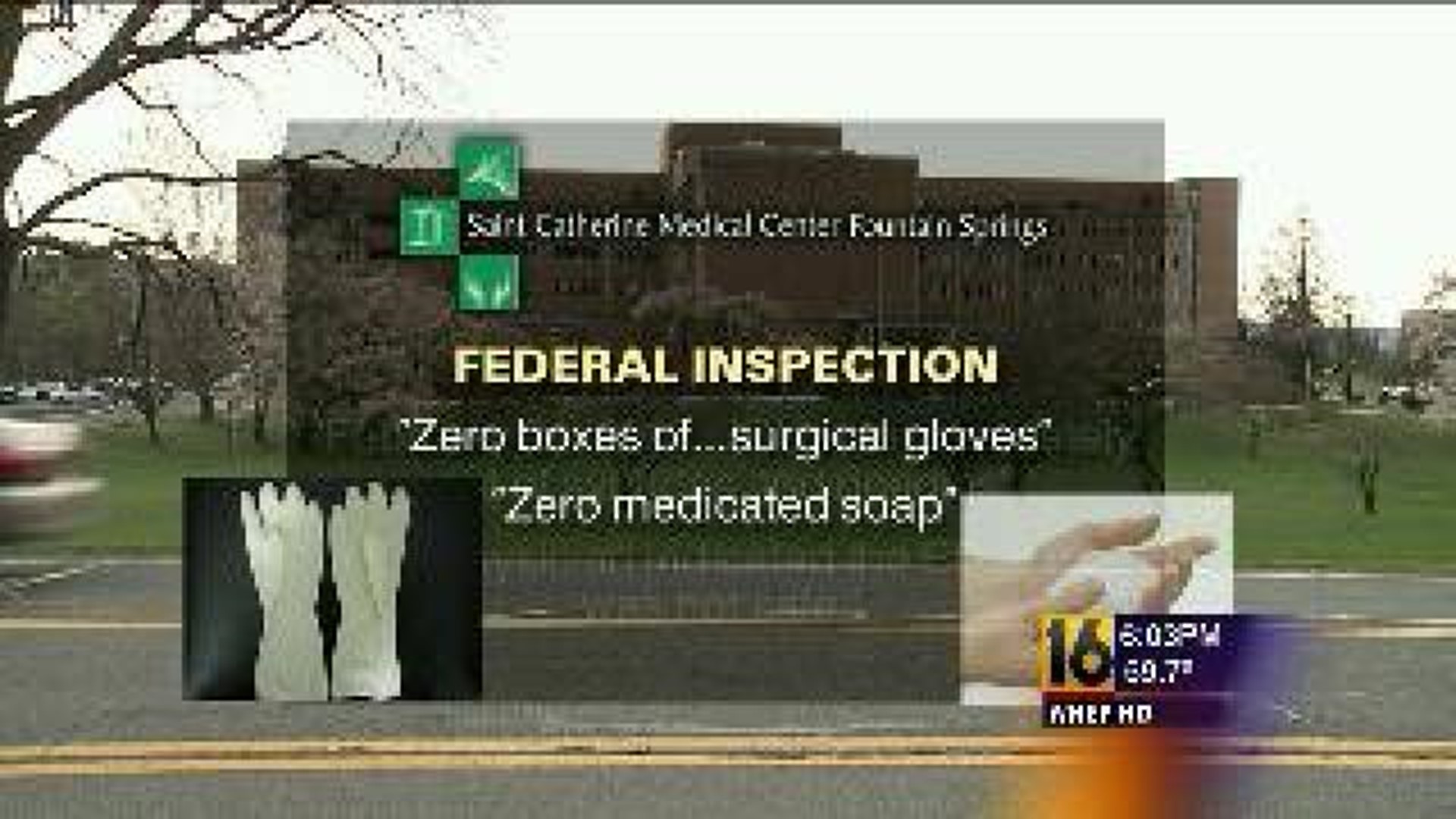 An Action 16 Investigation into a troubled hospital in Schuylkill County continues.

Newswatch 16 obtained a copy of a federal inspection that appears to show workers at St. Catherine Medical Center were cheated, and patients may have been put at risk.

On March 23 a division of the U.S. Department of Health and Human Services conducted a surprise inspection of the hospital near Ashland.

Its conclusion was there is, "Immediate jeopardy to the health and safety of patients."

There are no patients at St. Catherine, and after state action last week, it cannot take in new patients.

The Pennsylvania Department of Health also forced St. Catherine to shut down its emergency room, and end outpatient services.

The 51 page summary of that unannounced inspection spells out the reasons why patient safety may have been at risk.

Dawn Walsh is a nurse at a nearby medical clinic not associated with St. Catherine's. She said these shortages worried her friends who did work at St. Catherine, and their ability to protect themselves.

"The people that are coming in, of course are sick," said Walsh.  "You have to have some protection for yourself and for your family."

The report also found flaws with the way key medical equipment was used at St. Catherine's, equipment that could be vital to a patient's health and safety.

The inspection claims the hospital failed to do mandatory routine maintenance on time, on equipment like electrocardiograms (EKGs) that measure heart rates, defibrillators used for heart attacks, and ventilators.

The report claims says all of this equipment was in use.

It quotes a worker saying there was an "uncertainty of x-ray clarity and reliability, and that repairing the machine was not a priority because of the money it would cost."

The report also digs into St. Catherine's finances and it shows the facility owes a lot of businesses, a lot of money.

According to the inspection, 76 vendors from food suppliers to professional companies that sell and maintain equipment claim they were owed a total of $2.3 million.

That debt may be why St. Catherine's workers may have taken a hit.

According to the federal inspection, from August to December of last year, the hospital stopped paying short-term and long-term disability insurance, 401-K payments and union dues.  In most cases, these items were deducted from workers paychecks.

During a pay period last month, the report claims the hospital failed to pay federal income tax and social security that were deducted from the paychecks of its workers.

"They (the hospital) had tapped into their 401-kK plan, that they had not had insurance.  We all need insurance."

The federal report concludes the hospital will no longer qualify for federal Medicare payments unless it fixes the problems mentioned in the report.

Late Wednesday afternoon St. Catherine's e-mailed a statement from CEO Merlyn Knapp.  “We recently received a copy of the U.S. Department of Health report, with which we do not agree. Currently, all options for the future of the hospital are being reviewed, including seeking a buyer.  We especially would like to thank our employees and physicians for providing our patients with excellent clinical care and the community for their continued support over the years. ”

Meantime, all but the hospital's long-term care unit has been shut down and 150 workers remain laid off.  Many are looking for new jobs and filing to receive unemployment benefits.