Father Wanted for Shooting Daughter’s Boyfriend in the Groin

WEST MAHANOY TOWNSHIP — A father is accused of shooting his daughter’s boyfriend in Schuylkill County. 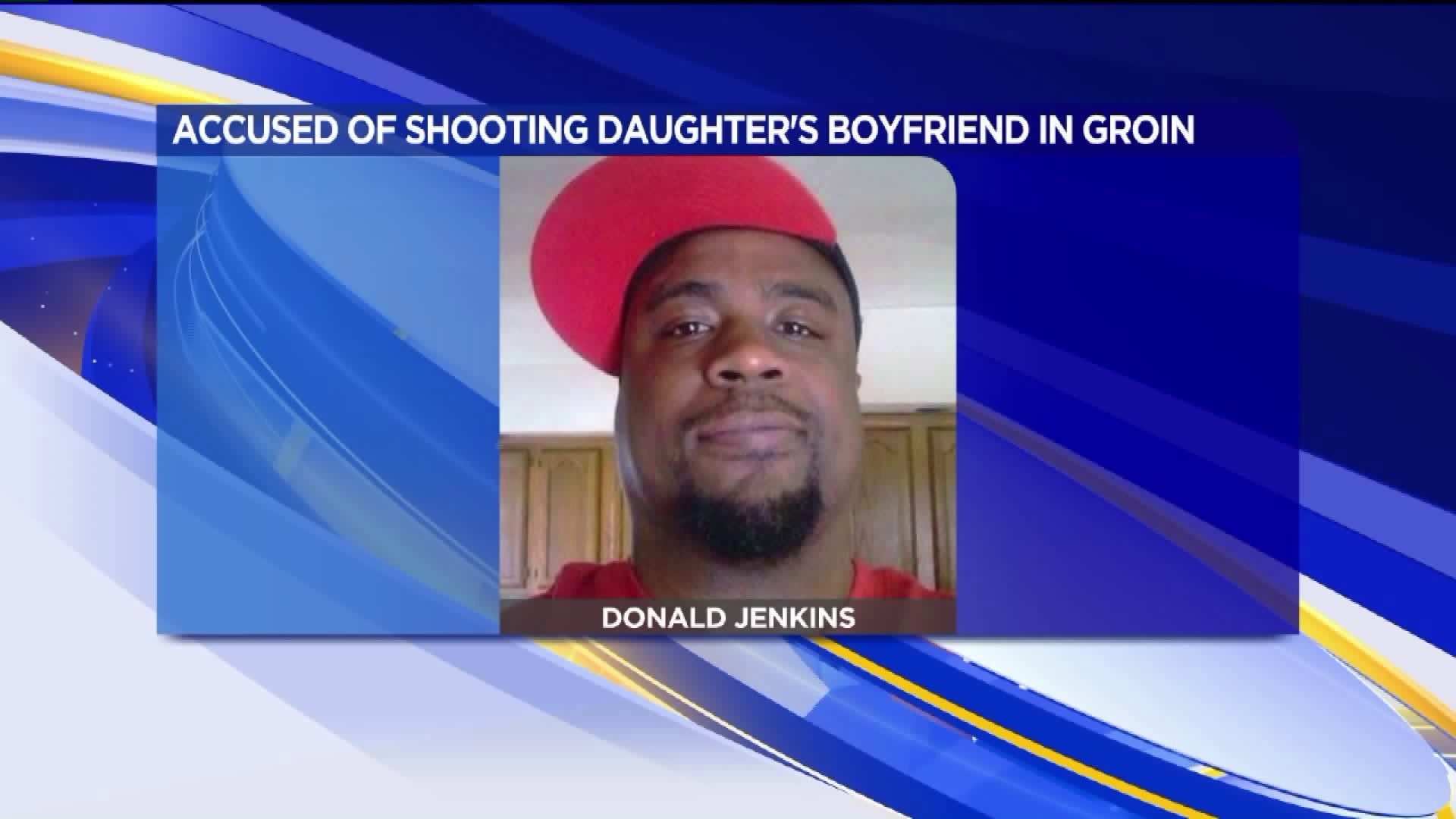 WEST MAHANOY TOWNSHIP -- A father is accused of shooting his daughter's boyfriend in Schuylkill County.

Police said Donald Jenkins, 40, of Shenandoah shot his daughter's boyfriend in the groin when he found the two of them at a hotel near Frackville Sunday afternoon.

Housekeeper Lisa Mowery was cleaning the room next door when she heard that gunshot. State police said Jenkins fired that shot, hitting his 20-year-old daughter's boyfriend in the groin. Investigators said he was upset his daughter was dating her boyfriend. Mowery said she gave the victim towels to help stop the bleeding.

"I was scared, you know, I was scared to death," Mowery said. "I just stayed in the room because I didn't know if he was going to shoot us."

The crime also shocked community members. They describe the area as quiet.

"If anything happens, they keep it quiet," Mike McGlade of Frackville said.

The victim is in the hospital recovering, as police search for Jenkins. He's facing a number of charges, including attempted homicide and aggravated assault.

As for Mowery, she is still reeling from the incident.

If you know where Jenkins is, call police in Schuylkill County.