Family of Crash Victim in Court for Plea

POTTSVILLE, Pa. — A driver charged with a crash that took the lives of two people including her own little boy has entered a plea in Schuylkill County. A ... 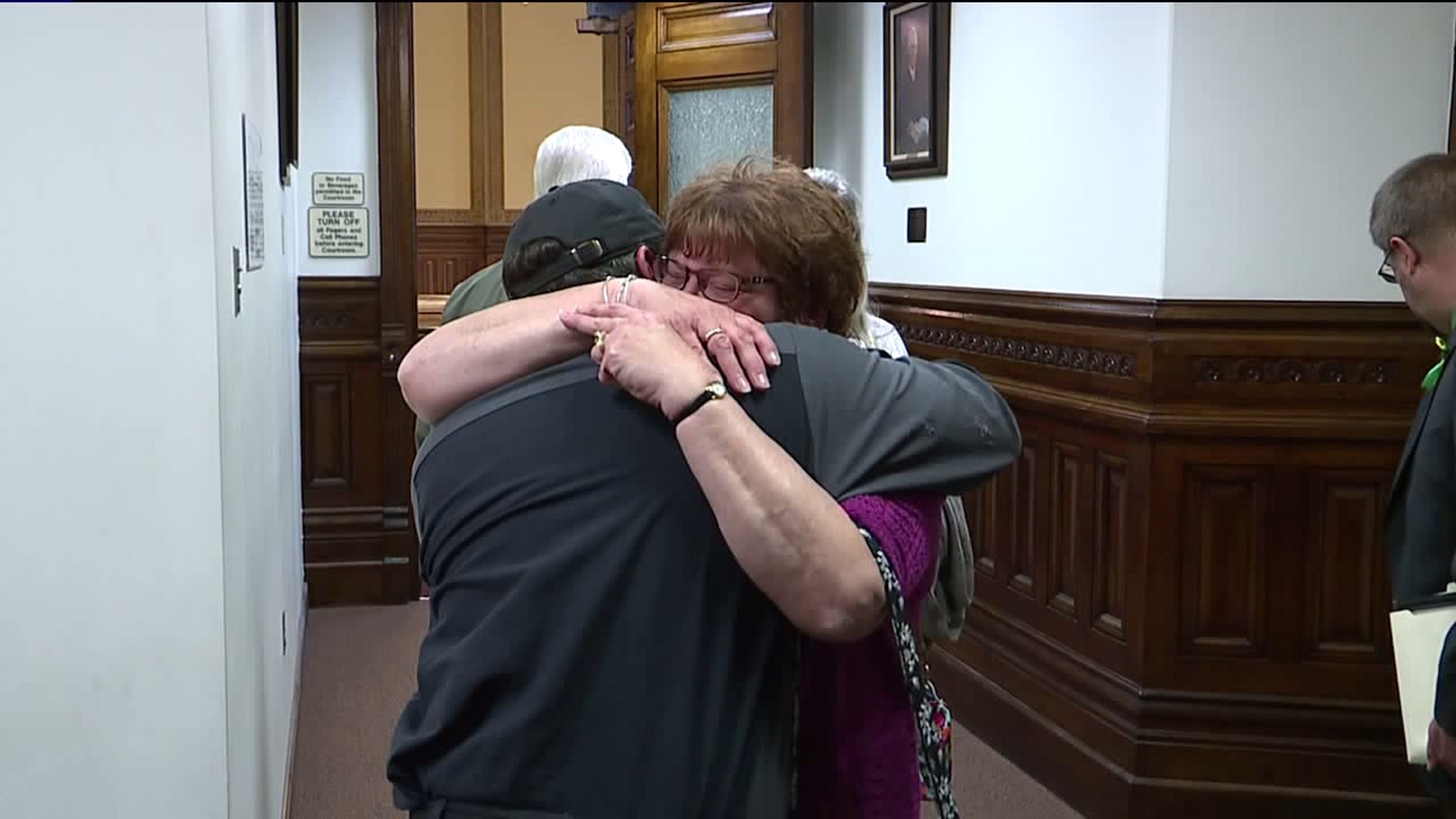 POTTSVILLE, Pa. -- A driver charged with a crash that took the lives of two people including her own little boy has entered a plea in Schuylkill County.

A family finally got some closure more than two years after a deadly wreck.

That crash happened in March of 2017 on Route 61 near Orwigsburg. More than two years later, the Naftzinger family finally knows the fate of the woman who killed the rock of their family as well as her own young son.

Hugs were shared and tears were shed outside of a courtroom at the Schuylkill County Courthouse after an emotional morning for the Naftzinger family.

"It's been a relief that now we can start to get a little bit of closure on this whole process," said Jamie Naftzinger.

Lauren Bechtel of Pottsville pleaded no contest to homicide by vehicle charges.

In March of 2017, police say she was traveling well over the speed limit on Route 61 near Orwigsburg when she rammed her Chevy into a Subaru stopped at a red light.

Mark Naftzinger, 57, was behind the wheel. The impact killed him as well as Bechtel's 7-year-old son Gage Evans. The defense said Bechtel has a history of seizures and suffered one in the moments leading up to the crash.

"Some days are really great, others can be a struggle," Jamie Naftzinger said. "Just based on what people say, based on memories or you kind of miss my father being there, enjoying the times together."

Jamie Naftzinger, Mark's son, spoke in the courtroom for more than five minutes, recalling the morning of the crash that changed his life forever. This prompted tears from his family as well as Bechtel.

Jamie's mother and grandmother were also in the car with Mark and suffered serious injuries.

Mark was known as a local racing legend in the coal region and beyond.

Jamie and his family wore ribbons of green and yellow, the colors of his father's race car.

"I just wanted the defendant to understand, it wasn't just, 'here's an accident, we moved on in our daily lives.' There was major repercussions in the days that followed and continue to happen."

A no-contest plea means that Bechtel does not admit guilt but agrees to be sentenced as if she had.

Bechtel will serve three to 23 months in jail.

Jamie Naftzinger is still racing in honor of his father. He recently did well in a race behind the wheel of his dad's car.