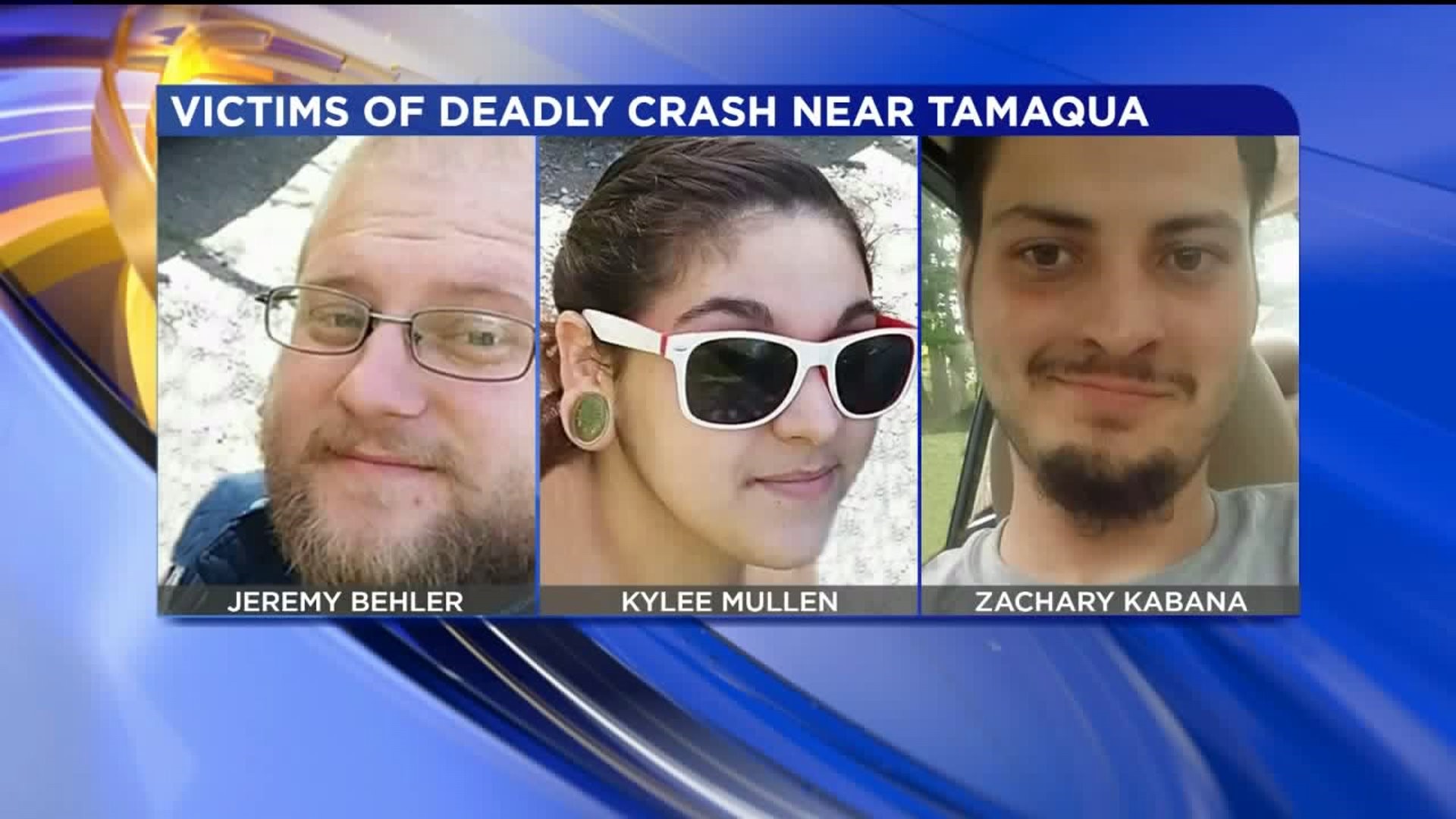 One of the victims in the crash was from Schuylkill County. The other two were from the Lehighton area of Carbon County. All three victims leave behind young children.

According to state police in Frackville, all three of those victims were in their 20s.

Jeremy Behler, 24, graduated from Lehighton Area High School. His fiancée Kylee Mullen, 23, was also killed. She graduated from Carbon Career and Technical Institute. Friends and family say they had a 3-year-old son together.

A close friend describes Kylee as "the kindest, sweetest, most genuine old soul she has ever had the privilege of knowing." She says it was rare "to find people like her nowadays."

In the other vehicle, a Dodge truck, was driver Zachary Kabana, 24, of Tamaqua. Kabana leaves behind a 2-year-old daughter. Police say he and his passenger, who family members say was his 17-year-old girlfriend, were pulling out of a dirt road, trying to make a left onto Route 209 in Schuylkill Township near Tamaqua.

According to troopers, Kabana failed to stop and collided with the other vehicle. All three were pronounced dead at the scene.

"I can't believe it happened. I don't think it sunk in yet, unbelievable," said Larry Kabana, the victim's father. "He has a 2-year-old daughter. It's tough. He was young. He had his whole life ahead of him."

According to troopers, Kabana was driving under the influence. His passenger, his 17-year-old girlfriend, whose name hasn't been released, was flown to a hospital in Allentown. There is no word on her condition.