MAHANOY TOWNSHIP — A family in Schuylkill County has been forced out of their home after a giant hole opened up in their backyard. The family says that ma... 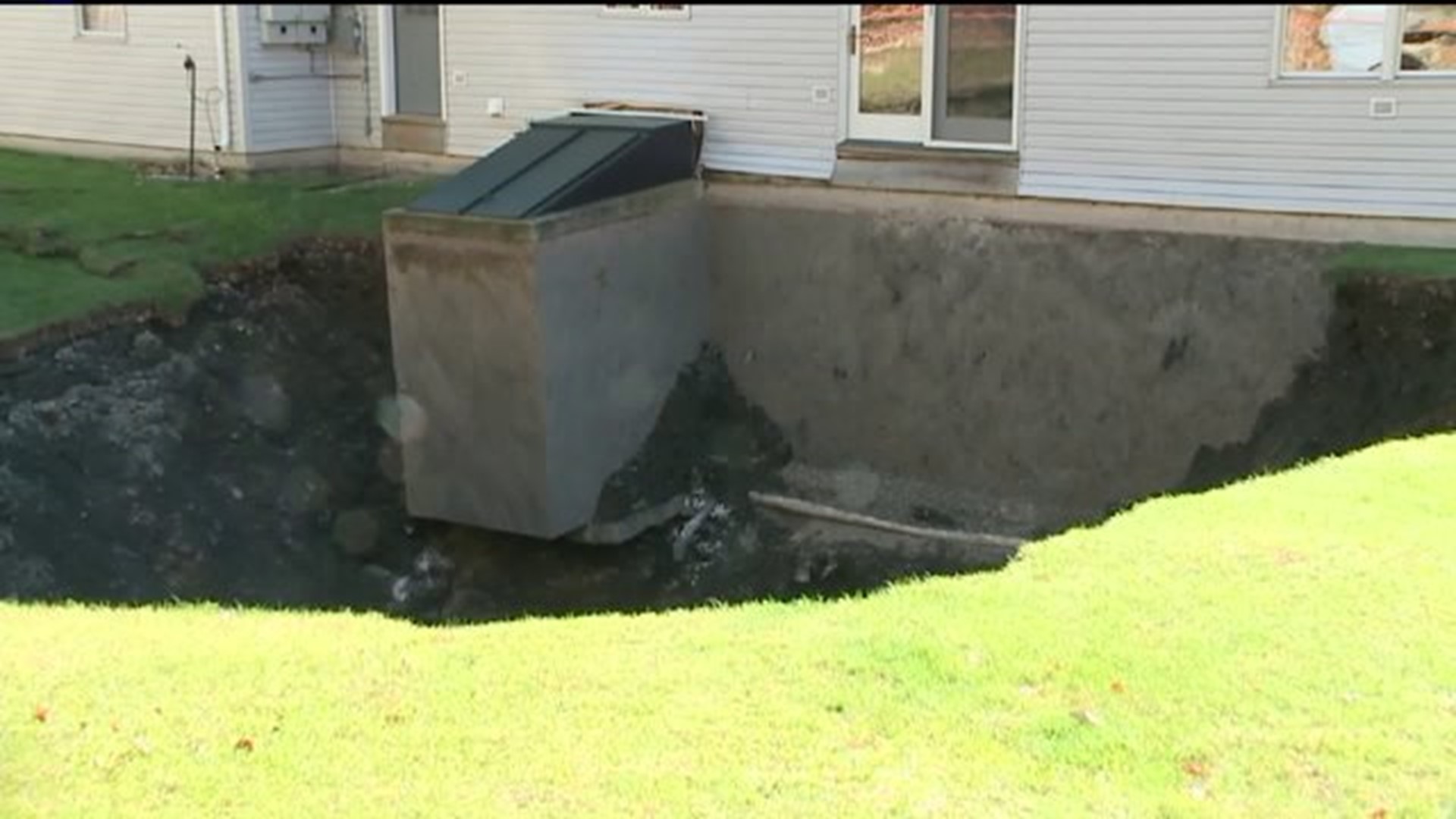 MAHANOY TOWNSHIP -- A family in Schuylkill County has been forced out of their home after a giant hole opened up in their backyard.

The family says that massive hole opened within minutes on Saturday night, swallowing up most of their backyard. They worry the hole could widen and take their home.

"It started cracking. The whole house sounded like it was going to go. It was horrible," she said.

Quick woke up her three children and got them out of the home safely because that cracking sound was the foundation of the home shifting as the house began to lean as the backyard gave way. Her husband went into the backyard to check on the noise. He was standing in the area just two minutes before the ground gave way.

While everyone made it out of the home safely, the family now fears they could lose the home they built just 13 years ago.

Officials from about a half dozen agencies including Schuylkill County Emergency Management Agency and the Department of Environmental Protection were at the home all morning to determine what caused the hole to open. Officials believe there was mining done beneath the hole at some point, and an unfilled mine path may have caved. The hole is about 40 feet wide and at least 30 feet deep.

"DEP and OSM are still determining what can be done to help save the house," Mahanoy City Fire Chief Dan Markiewicz said.

If it rains--which is in the forecast--officials are concerned the hole could widen and the family could lose their home.

"There is always that potential that the hole could cave in further. That is why we are treating this as an emergency declaration," Colleen Connolly, DEP.

The Department of Environmental Protection and Emergency Management along with a team of geologists and engineers hope to have a plan to fill the hole in the next few days.

"We are going to get a contractor on it this week and work to stabilize the home with support beams and then work to fill in the hole as quickly as possible," Connolly said.

That family is staying with other family members for now.