TAMAQUA, Pa.  — A fire Sunday night in one part of Schuylkill County ended up revealing much more than expected. When fire officials arrived, they found t... 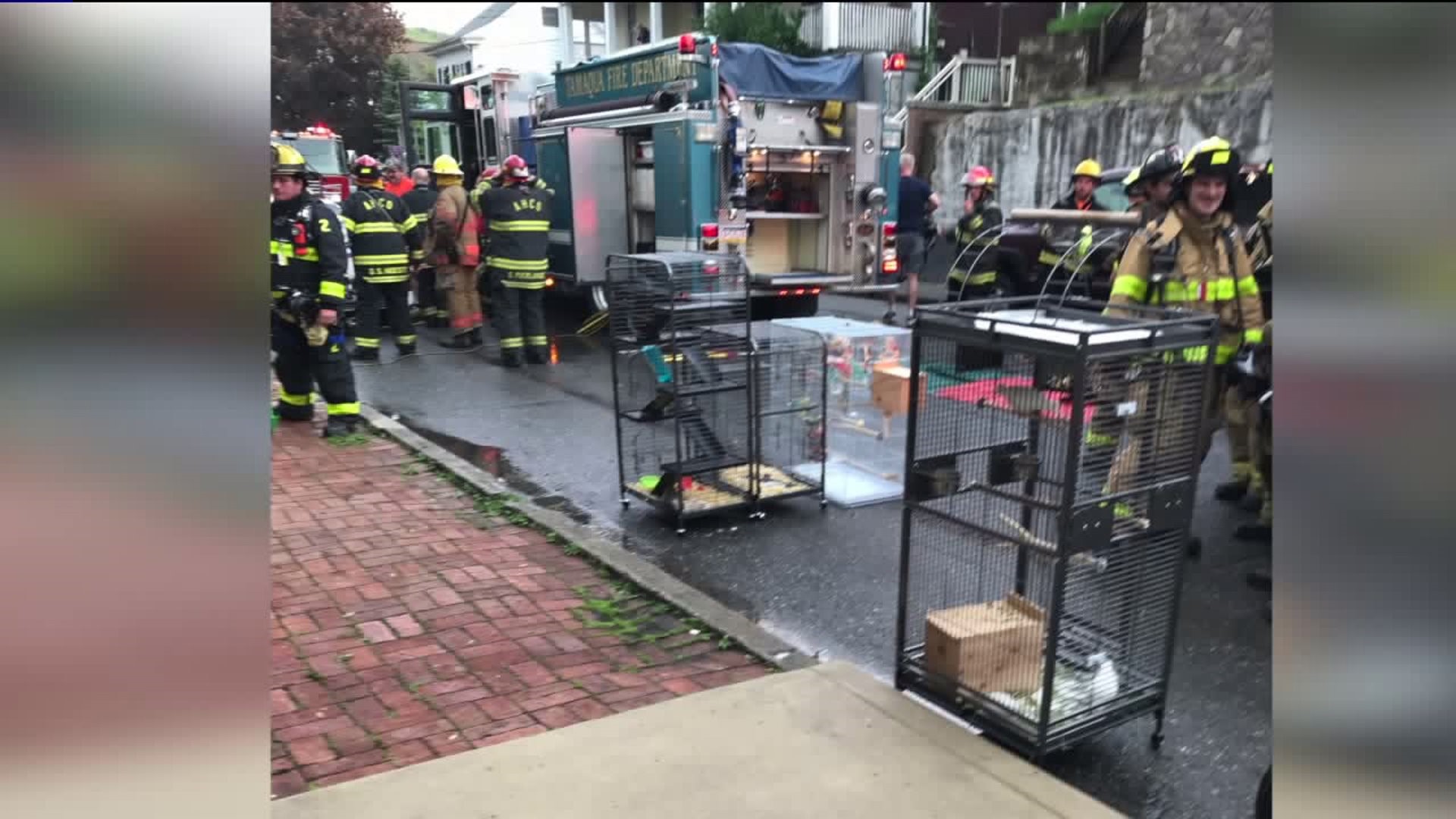 TAMAQUA, Pa.  -- A fire Sunday night in one part of Schuylkill County ended up revealing much more than expected.

When fire officials arrived, they found the home full of exotic pets, and neighbors say the owners and their pets have that neighborhood feeling uneasy.

A blue house in the 200 block of Washington Street in Tamaqua is now boarded up after a fire.

People in this part of Schuylkill County say this wasn't just some ordinary fire at a home.

Shortly before 7 p.m. Sunday, crews responded to a fire in the basement that started when a heat lamp in an animal cage caused wood shavings to catch on fire. People who live in this neighborhood weren't just greeted by fire engines; several animal cages lined the streets.

"I was told there were levels and levels of snakes all over that house -- upstairs, downstairs, attic. It's like a food chain," said neighbor Maggie Knadler.

Pictures from neighbors show the house was full of animals. Several snakes were rescued, including a boa constrictor. Tarantulas, rats, cats, an iguana, a lizard, a turtle, and birds filled the home.

Knadler adds that the owners of the home and their exotic pets have caused lots of problems in the neighborhood with this fire serving as the latest issue.

"I think the borough needs to step up and do something about it in a residential area. If they want this stuff, let them have a single home, not in a row home where other people live."

Newswatch 16 spoke with a former humane officer who was at the scene who said he's never seen anything like what he saw at that house.

The borough manager tells us there are ordinances in place for dogs and cats, but not exotic animals.

No one was hurt, and all of the animals were saved and returned to their owners.