State police in Schuylkill Haven are looking for the burglar. 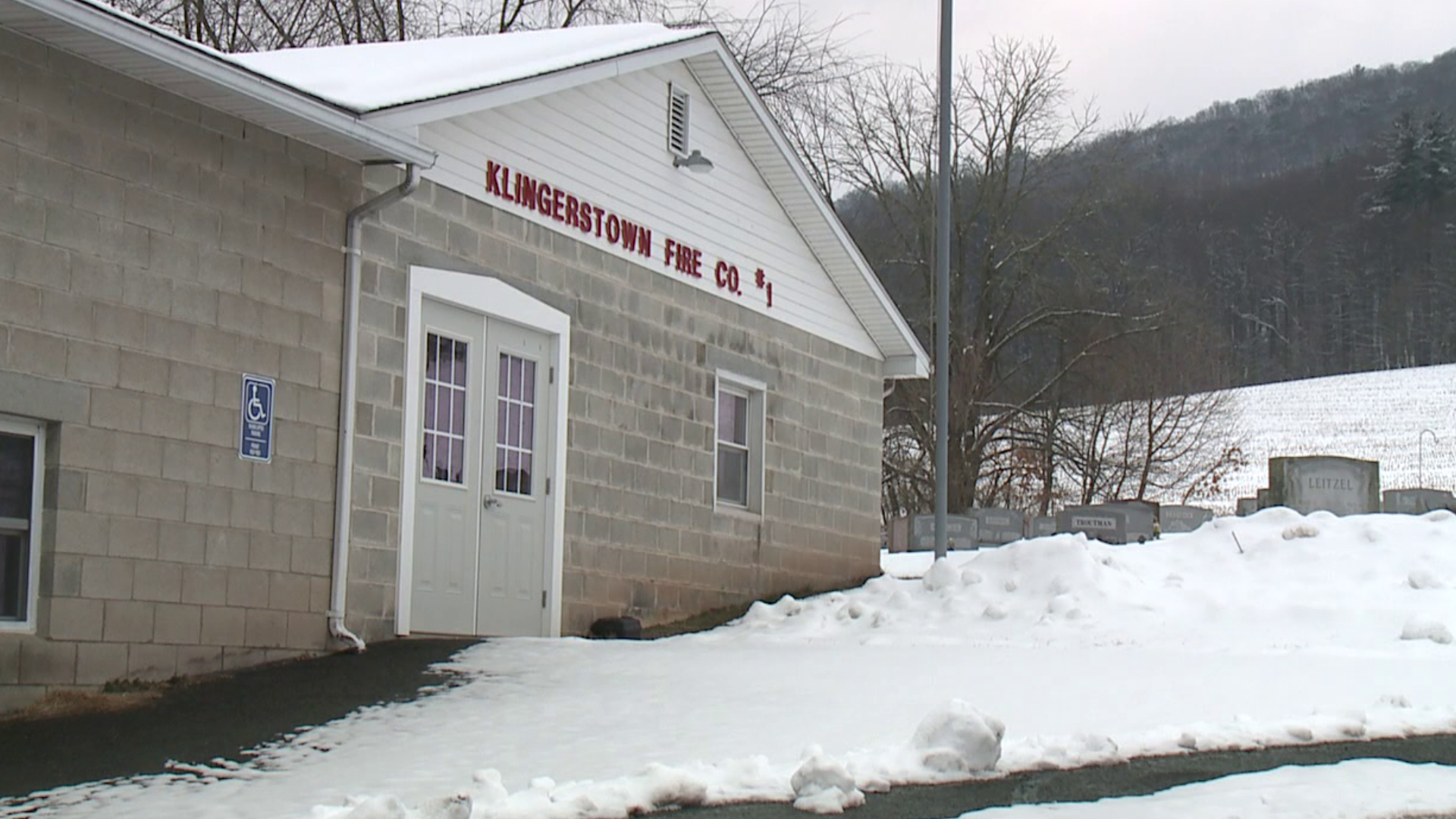 KLINGERSTOWN, Pa. — "This building is normally locked. There was a lock on this building. Whoever came in had a bolt cutter or some way of getting rid of the lock," Klingerstown Fire Chief Brett Kahler said.

He showed Newswatch 16 where the volunteer fire company was burglarized.

State police said someone broke into the fire company's sheds in Upper Mahatongo Township sometime last week. About $500 worth of equipment was stolen.

"I was pretty livid at that point because we've had problems with people breaking into stands before but nothing really stolen that was that big, knick-knack stuff here and there," Chief Kahler said.

Firefighters said a pizza oven, two propane tanks, electrical cords, and some gas were stolen from their sheds. All of that is used to raise money during a carnival for the fire department.

"That's all for money to try and keep the bills paid, keep fuel in the trucks and insurances and registrations," Chief Kahler said.

He said it will take a while to make this money back.

"Especially now with everything shut down, can't have carnivals, and everything else, so we're trying to do other fundraisers to keep profits coming in," Chief Kahler said.

Sandra Shreck lives next to the fire department.

State police in Schuylkill Haven are looking for the burglar.