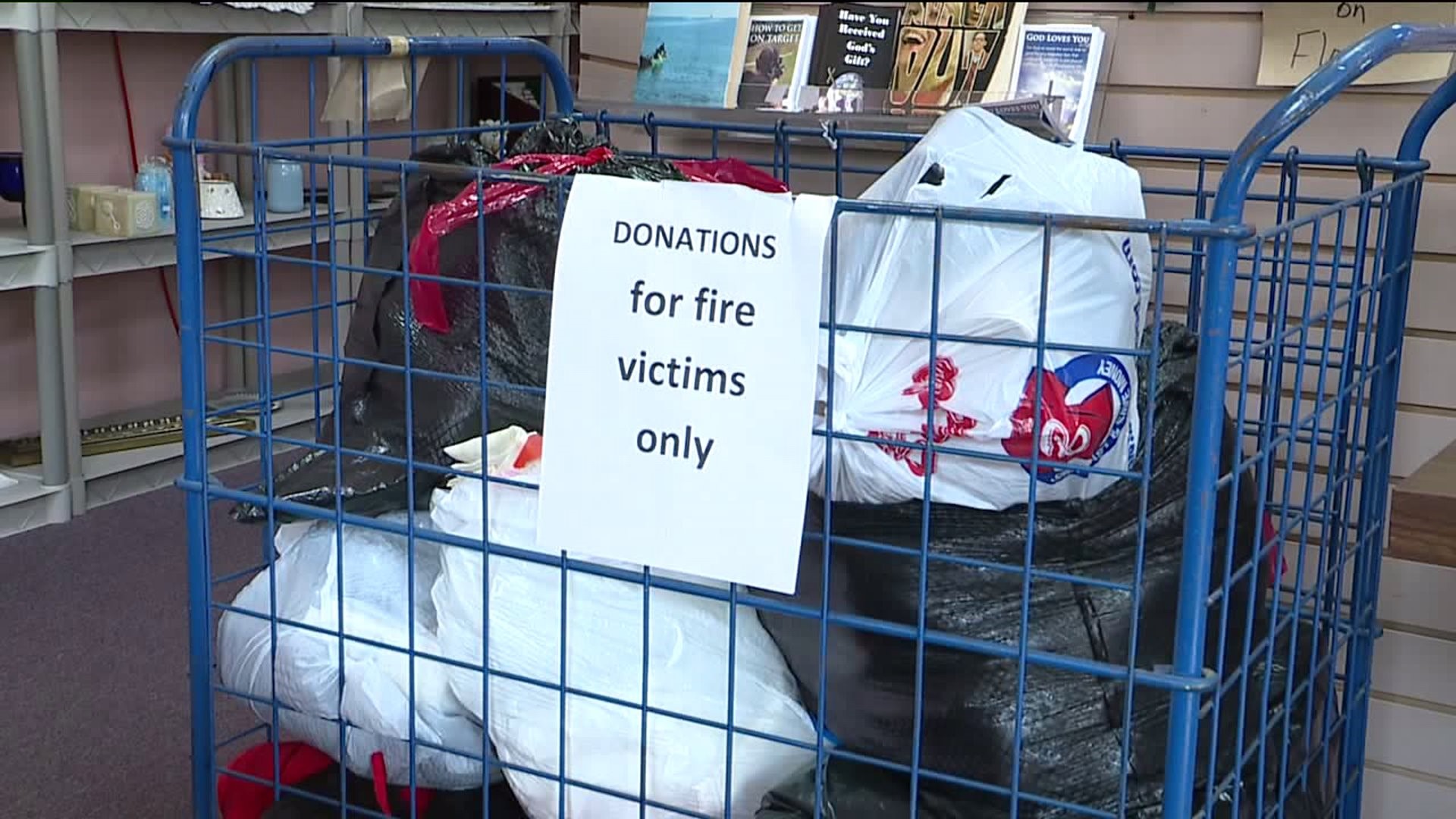 There are four drop-off locations set up around the county.

"We have very compassionate people in our area. We're a small town. We have issues like other small towns do, but in a crisis like this everybody unites and comes together," said Louise Morgan, Helping Hands Thrift Store.

Nearly two dozen people are without homes following the blaze. Some of their prized possessions were unable to be salvaged. Some victims even lost their beloved pets in the process, but there is some light shining after the devastation.

Four places are now serving as drop-off locations for the Ashland fire victims, including Helping Hands Thrift Store in Ashland.

"We want them to know that we are here for them. And it's not only about clothing or household things, we're here to pray with them and do whatever we can to help them," Morgan said.

A crate has been at the front of the store since Thursday. Already, so many donations have come in, it's been emptied 21 times.

"I feel horrible for them," said Angela Chuplis. "Nobody ever wants anybody to go through that. Hopefully, they're the right size for someone."

"Somebody can get some use out of them at least temporarily until they're back on their feet," Christine Gregory said.

The other three drop-off locations are Cathy's House of Style in Ashland, Church of the Nazarene in Lavelle, and M&M Redzone in Mahanoy City.