Dogs Rescued from Home in Pottsville

POTTSVILLE — An animal shelter in Schuylkill County has 15 new mouths to feed. Authorities removed 10 puppies and five grown dogs from a home in Pottsvill... 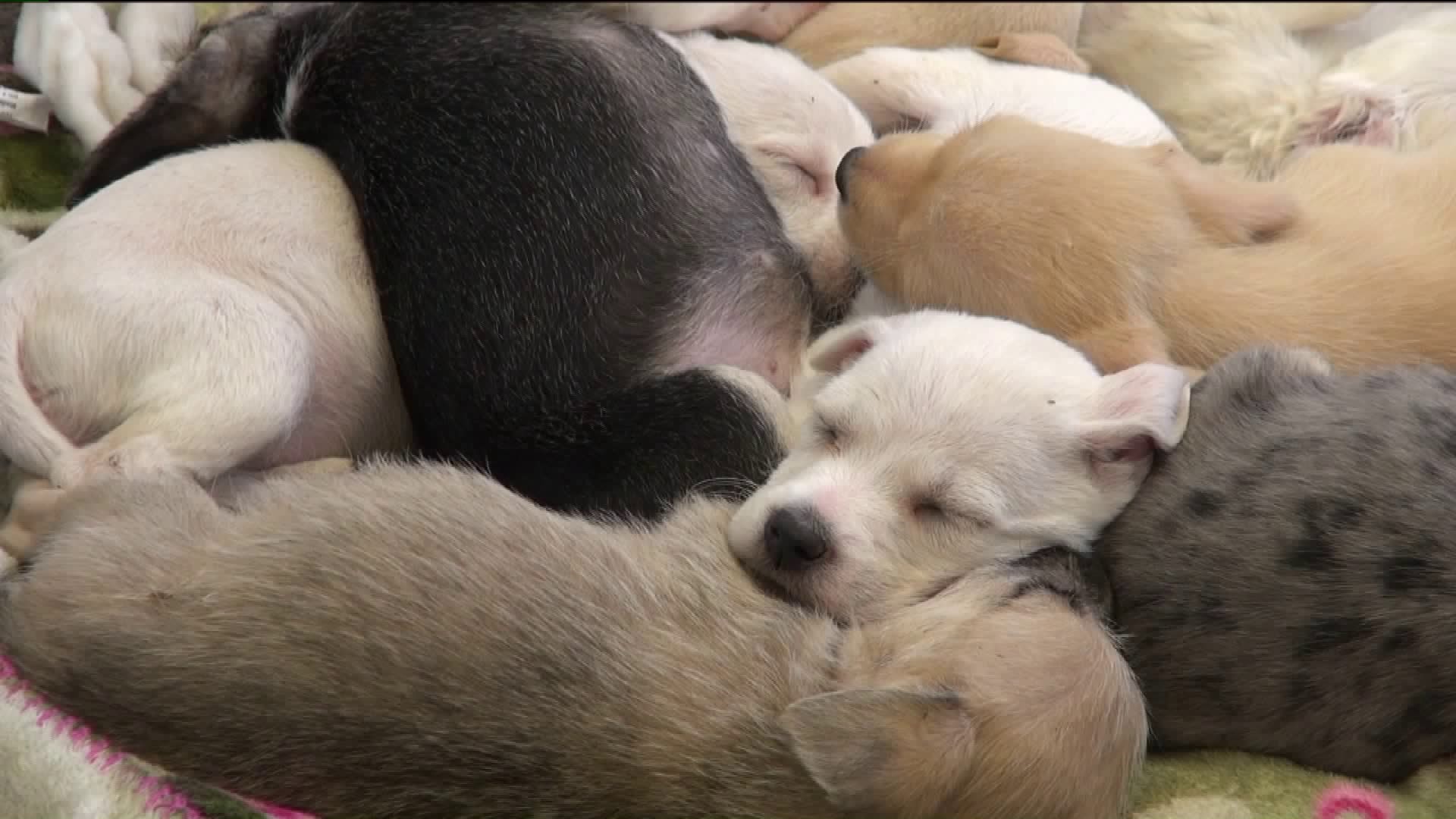 POTTSVILLE -- An animal shelter in Schuylkill County has 15 new mouths to feed. Authorities removed 10 puppies and five grown dogs from a home in Pottsville.

The SPCA says a tip led them to the house where the dogs were living in poor conditions. The dogs are now being cared for at the Hillside SPCA near Pottsville.

Now, the effort is on to help these dogs recover and find them a home.

The 15 terrier-mix dogs were confined to a home on Pierce Street in Pottsville until they were rescued on Friday. The place has since been condemned.

The five adults and a litter of 10 six-week-old puppies had only a space heater to keep them warm.

Some of the dogs that lived in the house have never been outside. Hillside SPCA workers say that's going to make it difficult to train them.

"They need to learn some basic manners, being housebroken, how to walk on a leash. They are terrified of walking on a leash, so we are going to have to do that gradually," said humane officer Janine Choplick.

Now under the watchful eye of their mother and the shelter, the puppies are in a safe environment until they are ready to be adopted.

"Just reach out for help, call here and we can help out with dogs or cats or any animals and if you find yourself getting over your head, just ask for help," Graf advised.

The dogs are still being examined and will have to be spayed and neutered before they are ready for adoption.

Hillside SPCA says it might be a couple of months before they are listed on their website.

As for the woman who had the dogs, she has not been charged and is now staying with family.