DELANO TOWNSHIP, Pa. — Two dogs found starved and surrounded by waste were rescued from an empty house in Schuylkill County. It is going to be a long road... 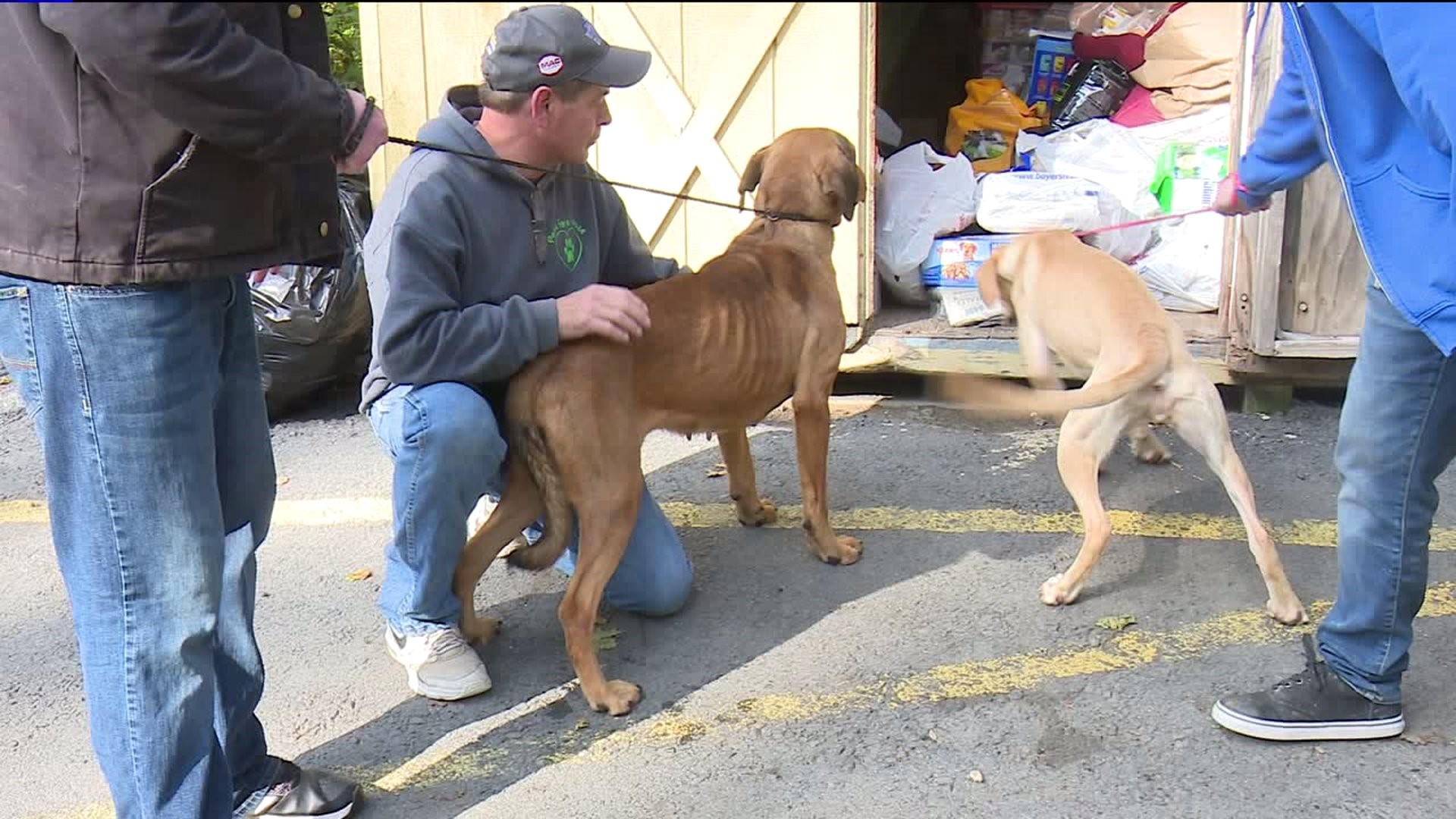 DELANO TOWNSHIP, Pa. -- Two dogs found starved and surrounded by waste were rescued from an empty house in Schuylkill County.

It is going to be a long road to recovery for Everest and Nala, both malnourished dogs were found in that house without food or water.

Humane officers were not sure how long the dogs lived in the filthy house, but it was fresh air and plenty of petting for Everest and Nala at the Hillside SPCA near Pottsville on Wednesday.

"The house was in terrible shape. There was poop everywhere, and it smelled horrible," said humane officer Maureen Graf.

State police say Everest and Nala were found in the home in Delano Township without any food or water, and both showed signs of malnutrition.

"As far as the condition of the dogs, it was pretty bad. We have had other dogs that were malnourished and skinny, but these ones were definitely up there," said Graf.

Humane officers say the house had not be cleaned for some time. Township officials condemned the house as unfit for humans.

Volunteers tell Newswatch 16 this points to a larger picture of animals being left to fend for themselves during the winter.

"If you can't take care of them and you need some help, call us and we can help you out so they are not in such bad shape," Graf added.

The homeowner, Patti Herring, is accused of animal neglect and will have to appear in district court.

As for Everest and Nala, their adoption could be weeks away because they have to be nursed back to health and then spayed and neutered.