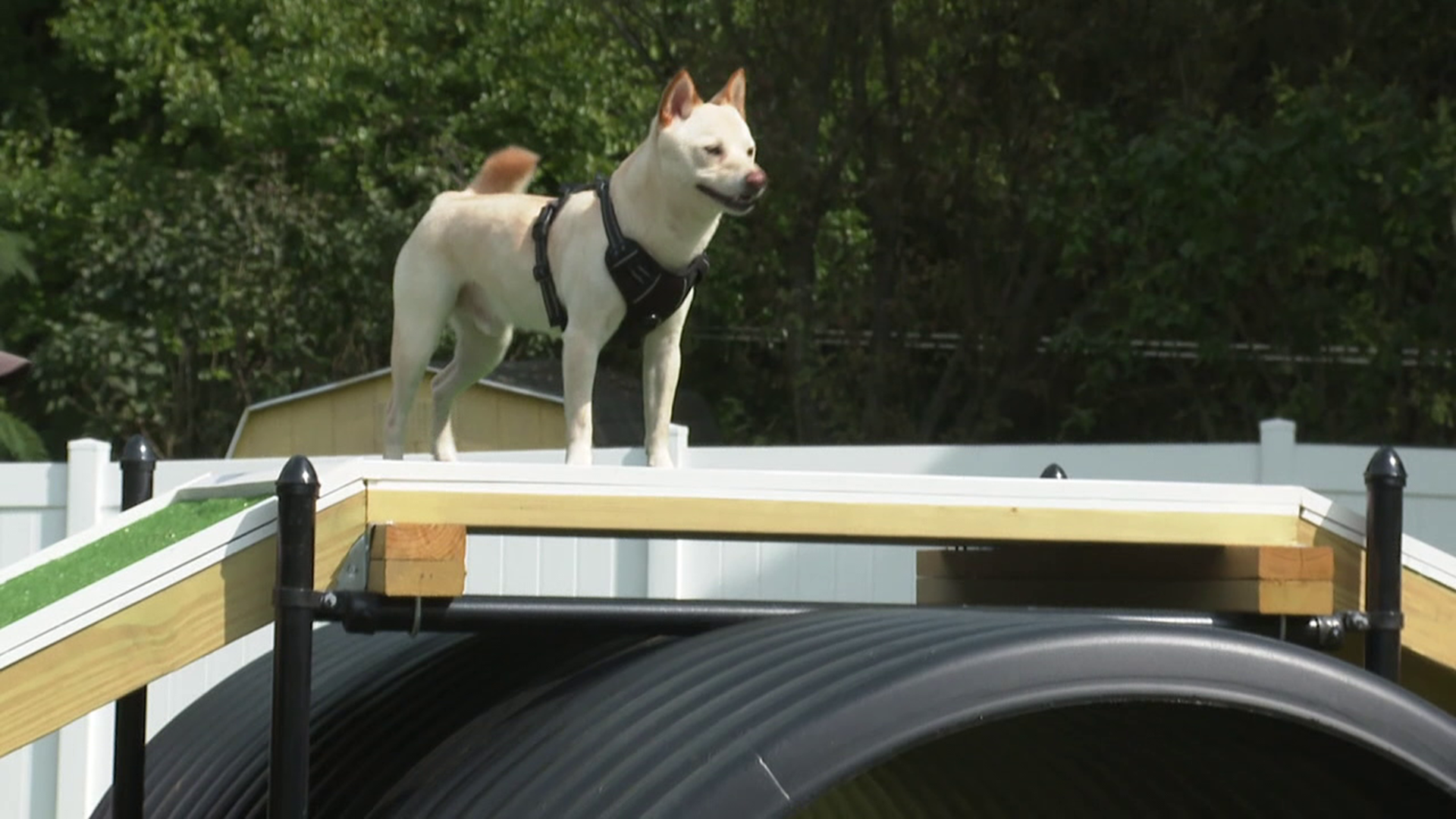 POTTSVILLE, Pa. — Two Shiba Inu brothers enjoyed a game of fetch and a run through this obstacle course inside of the new dog park on Peacock Street in Pottsville.

It's something a dog dad is excited about since he lives with Bobo and Brady in a small apartment.

"We use to take them on Rotary field, kind of during baseball season which you're not supposed to, you know other fields where you're kinda not supposed to so it's the only gated place. They love it, they've been here three times in two days," said Brandon Bridy, Philadelphia.

City officials say the community has long asked for the "Bark Park" as they've coined the two fenced-in play areas for large and small dogs.

Lots of residents even chipped in to make sure the project came to fruition.

"We did it practically, and we tried to do it with as little money as possible.  We were fortunate to get a lot of sponsorships. We had over $45,000 of donated labor from local contractors and landscapers and people who really knew what they were doing," said Tom Palamar, City manager.

The park is protected by a facial recognition camera.

It only recognized members who sign up with the city.

Those who sign up will also be asked to provide medical records for any dogs they intend to bring.

The goal is to keep the space reserved for those who care about the park and will help maintain it's cleanliness.

"It'll be a bark park with both the large dog and small dog release, but it will also be a social gathering place for people to sit down, and we've already had people sit at the picnic tables to watch the dogs have fun off-leash," said Joseph Devine, Pottsville councilman.

It's taken about two years to bring the park from proposal to reality.

City officials met their goal of getting the park built in just under one year.

In the second phase of the project, there will also be a walking trail for the public that follows a nearby creek.