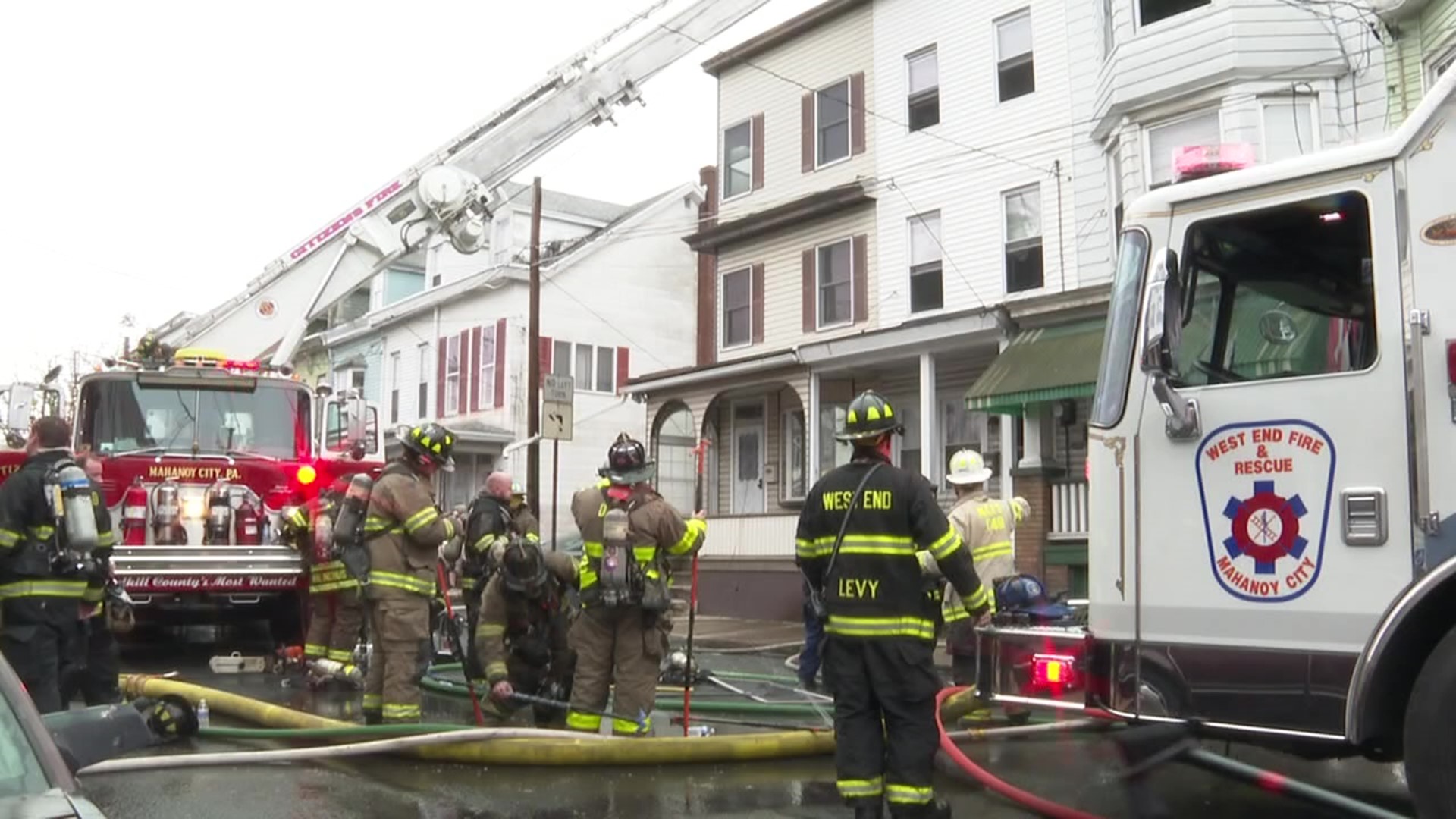 MAHANOY CITY, Pa. — Flames shot from the roof of this home in the 600 block of East Mahanoy Avenue in Mahanoy City.

Close to a dozen fire crews were called in after 9:30 a.m.

We're not sure exactly the point of origin, but we know it was on the first floor and got in between the walls of 632 and 634," Chief Dan Markiewicz of Mahanoy City Fire said.

Fire officials tell me the fire started in the rear of that teal home on the first floor. The flames rose and spread to homes on either side.

"The first crew went in there and they reported fire was already beyond the first house and starting to go eastward. So that's when we focused on trying to stop in from spreading in both directions," said Chief Markiewicz.

Firefighters climbed ladder trucks up to the roof, pumping in water.

"Once we opened up the roof, we were able to stop the fire," added Chief Markiewicz.

Officials say two of the homes have been gutted, the third has significant smoke and water damage.

Mahanoy City residents say they see this happen too often.

"All these houses are row homes. It starts in one home and goes to the next. It's scary, very scary. I hope to hell I never lose mine," said Ruthanne Maciekas, Mahanoy City.

"You might find three or four layers of wall or ceiling or floor. You never know what you're going to find in a row home. People just go right over the old material when they're renovating and that makes it tough," said Chief Markiewicz.

One family has been displaced and is receiving help from the Red Cross. Their dog was killed in the fire. The other two homes are unoccupied. There were no reported injuries after the fire in Mahanoy City.