WAYNE TOWNSHIP, Pa. — A school district in Schuylkill County is scrambling to figure out where students are going to attend classes with just 12 days to g... 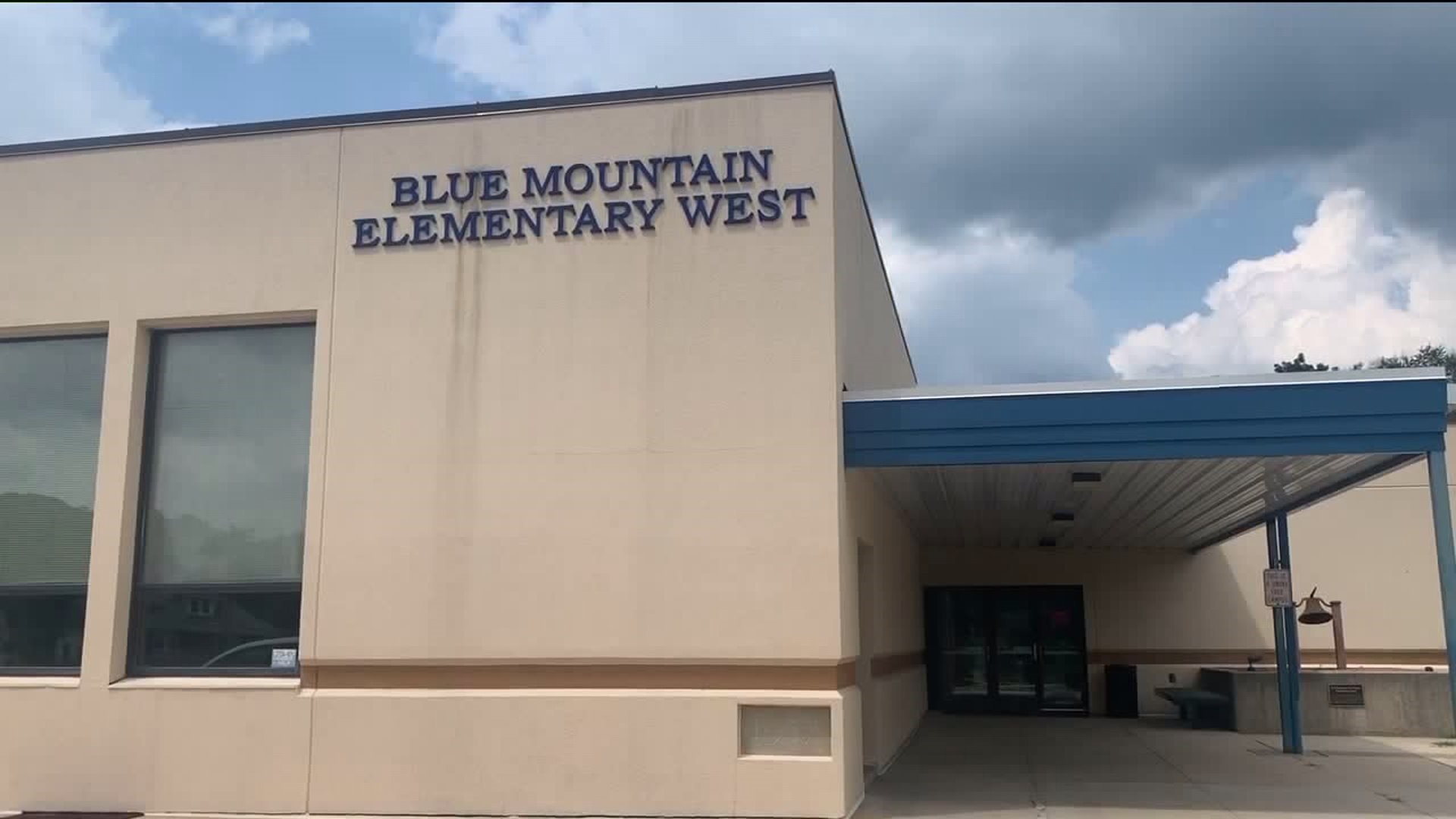 WAYNE TOWNSHIP, Pa. -- A school district in Schuylkill County is scrambling to figure out where students are going to attend classes with just 12 days to go before the first day of school.

A sign outside Blue Mountain West Elementary School in Friedensburg announces the first day of school as August 26, but the doors to this building will stay closed until further notice.

The concerned mother of a student at the school spoke with Newswatch 16 but did not want to be identified.

"This is pretty awful, especially for working parents where both parents are working, and now they have to all of a sudden uproot whatever their plans were for child care," she said.

The mother we spoke to believes that the school has a mold problem.

"When my son transferred to this school, he was experiencing severe eczema breakouts. He had a case of molluscum. He had to see a dermatologist for it, and then in the second half of the year he started experiencing nosebleeds."

Blue Mountain Superintendent Dr. David Helsel says there are a "variety of issues" plaguing the school, some of which are "more pressing than mold."

Helsel tells Newswatch 16 the next step is figuring out where students from Blue Mountain Elementary West will go on August 26 for the first day of school. He says there's a school board meeting scheduled for Thursday at 7:15 p.m. in the district office where that decision will be made.