POTTSVILLE, Pa. — A vo-tech school in Schuylkill County has been busy this week preparing Thanksgiving meals for several thousand people in need. Since it... 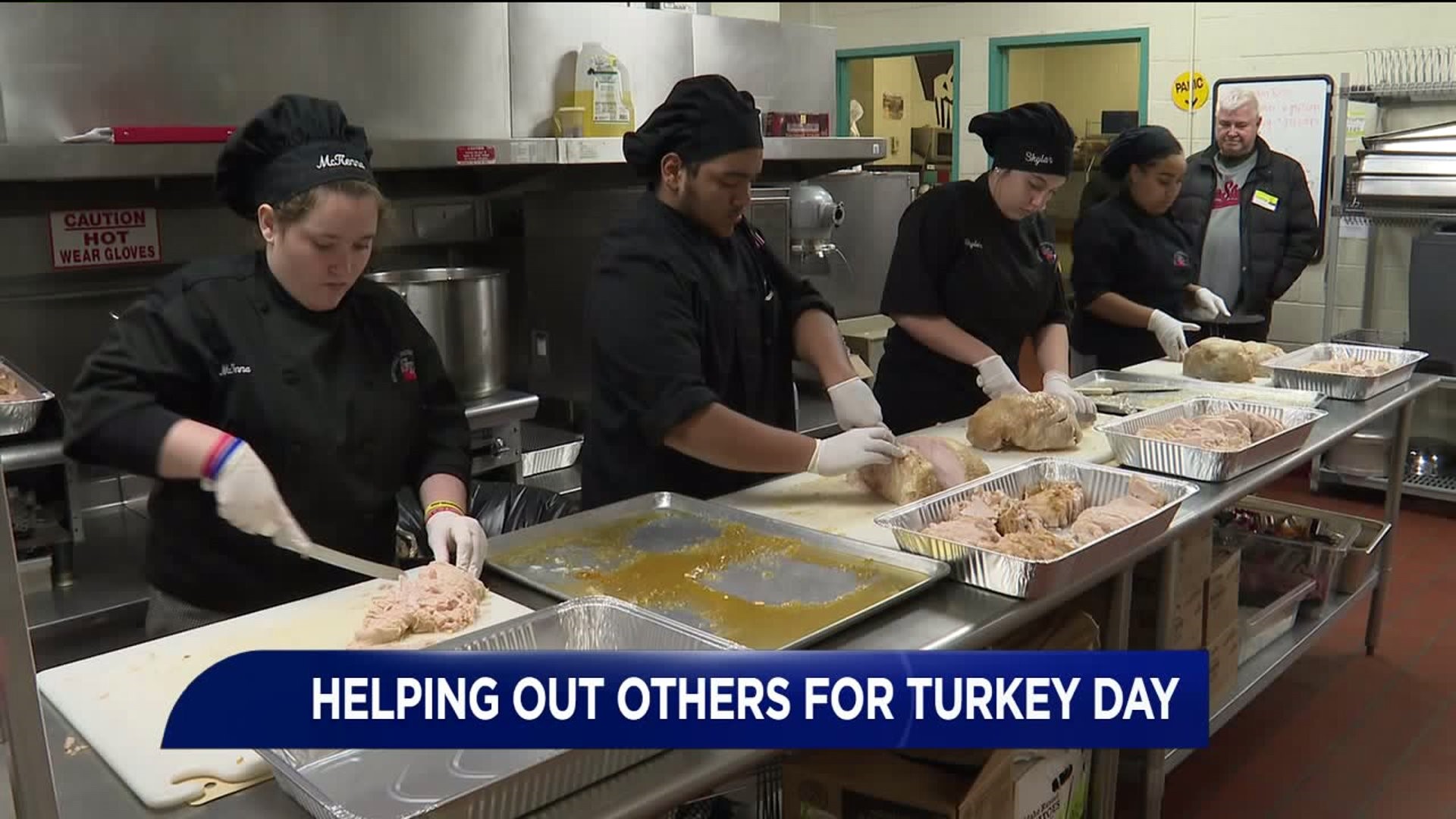 POTTSVILLE, Pa. -- A vo-tech school in Schuylkill County has been busy this week preparing Thanksgiving meals for several thousand people in need.

Since it's Thanksgiving week, many people are staying busy in the kitchen, especially culinary students at Schuylkill Technology Center near Pottsville.

"I feel like it's a great experience because we get to help the people in need, and we get to show how much we actually care about the people," said culinary student Skylar Tomeo.

Over the last few days, students at the STC North and South campuses have been preparing Thanksgiving meals for the Knights of Columbus in Pottsville, all to feed underprivileged and less fortunate families on the holiday.

STC made enough turkey and cooked up enough food to feed around 2,000 people across Schuylkill County.

"We put it in a hotel pan, and we cooked them for a whole day. Then we took them out to let them cool, then we sliced them and put it back in the hotel pans," explained culinary student McKenna Johnson.

"They're of great help to us. They provide both training for the students here at the vo-tech and the culinary arts department both at North and South, but also it helps us by being able to have food ready for us to serve and deliver on Thanksgiving Day," said Knights of Columbus member Ron Whalen.

That food will be taken from STC North and South to St. Patrick's Church in Pottsville. Volunteers will start preparing those meals around 1 a.m. on Thanksgiving morning, then distribute them all throughout the day.