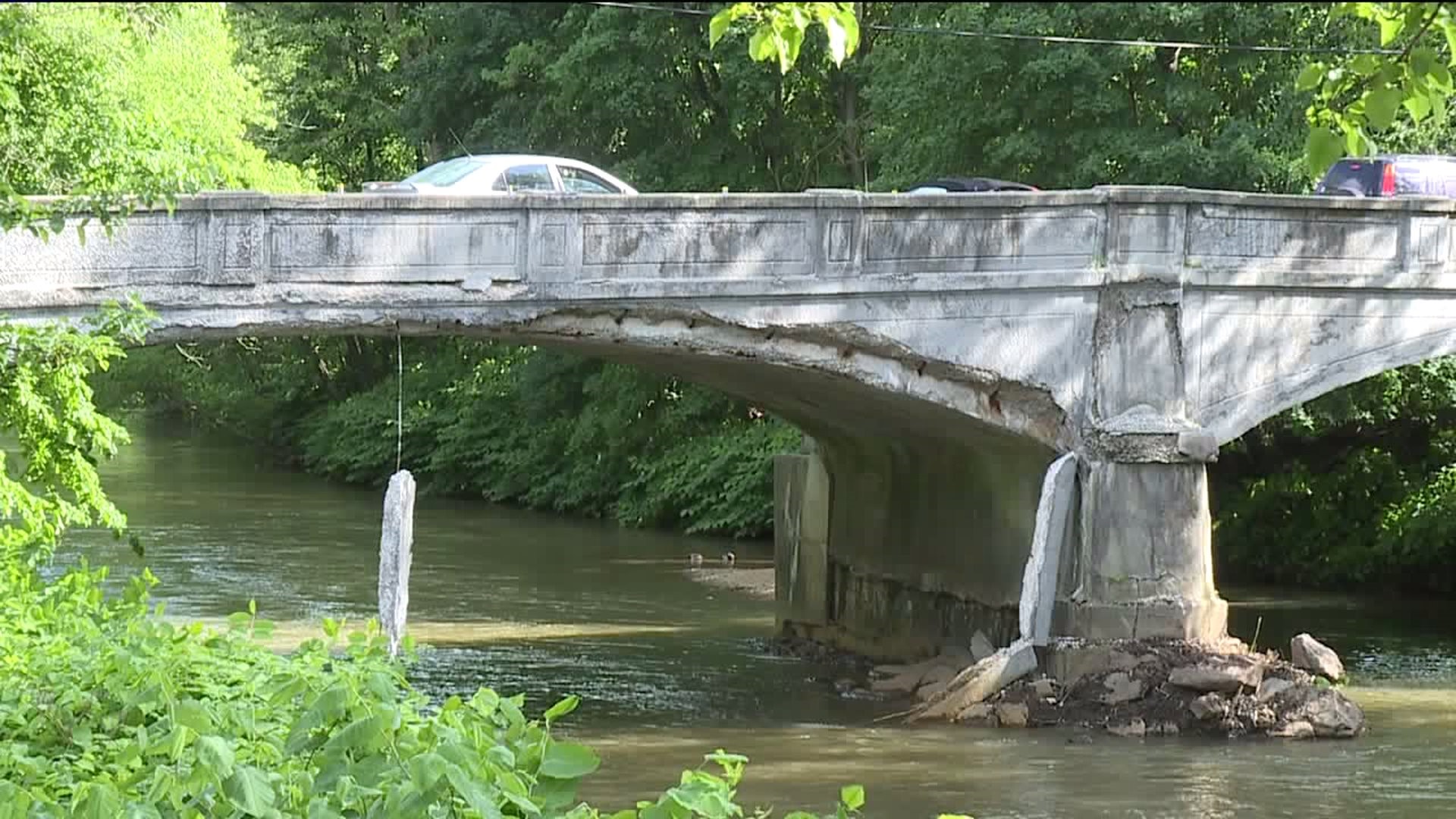 SCHUYLKILL HAVEN, Pa. -- People living in Schuylkill Haven say they have concerns about the bridge on Columbia Street.

In April, PennDOT officials closed one side to pedestrians because of a "structural deficiency."

A chunk of the bridge dangles over the Schuylkill River. There are cracks and missing pieces as well.

The sidewalk is closed on one side, but vehicles continue to drive over the span in both directions.

"I don't like that it has that. It doesn't feel too safe to walk on," said Aiden Myers of Schuylkill Haven.

PennDOT officials say the bridge should be reconstructed in the year 2021. People Newswatch 16 spoke with say there is no way the bridge will last that long.

"I mean, that's a long time and there's a lot of traffic that goes over this bridge every day, trucks, everything. I don't think it's gonna last that long. It's gonna collapse,” said Ted Moyer of Schuylkill Haven.

"You're gonna run traffic across a bridge but you know, they say the wall is falling down. It's not a good thing,” said Sterner.

PennDOT tells Newswatch 16 the bridge is scheduled to be inspected. They are confident it is safe for traffic.