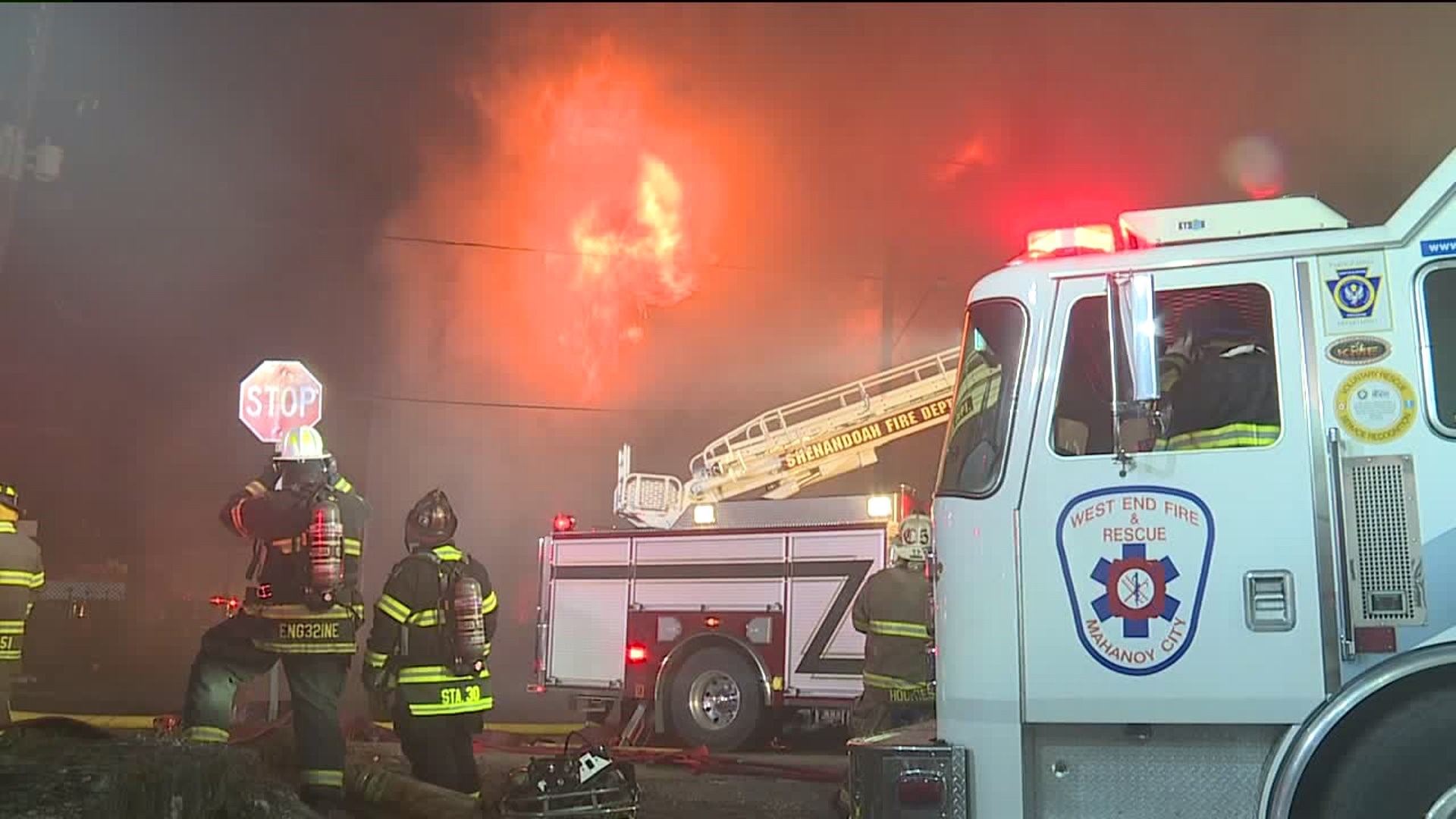 Fire officials say flames broke out around 3:30 at the building on East Lloyd Street.

"It's sad, it's horrible," said Anthony Rettzo of Shenandoah.

Fire officials said what was once the United Wiping Cloth Company has been gutted by this fire.

Firefighters bundled up and took turns warming up inside trucks. The spray from their hoses and ladder trucks left everything coated in ice.

"You couldn't even see. There was nothing but pure black smoke and flames come shooting from the roof. I feel bad for these gentlemen I this type of weather, putting their lives in danger," said one neighbor. 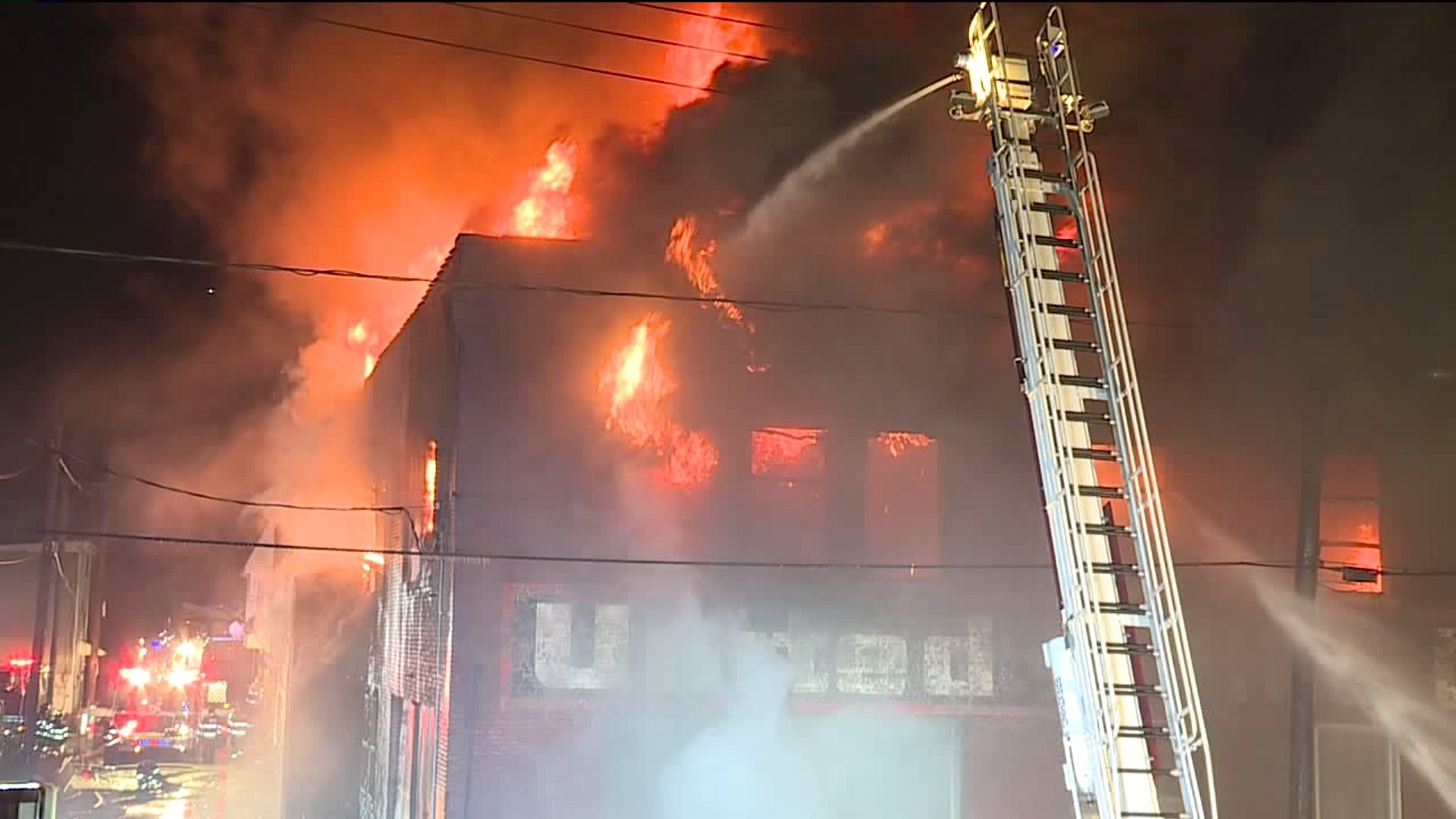 In addition to fighting flames and freezing air, fire officials said the high winds made this a dangerous situation.

They asked people to leave their nearby homes for a time, afraid the flames would spread.

"Thank God we have good volunteer fire departments in our whole area. They're from Pottsville, Schuylkill Haven, Mahanoy City, Mount Carmel, they all help each other," said Stewart Stroble of Shenandoah.

"Fortunately, it was a masonry building, but unfortunately, it kept all the heat in, and it burned up through the roof. It had a lot of rubbish in it and that presented a challenge of climbing over the rubbish to get to the fire," said Shenandoah Fire Chief Russ Schumack. "At one point, we said we can't get to the fire and we pulled all the guys out."

The former factory building had been vacant for years, but officials tell us there was one man living inside, who made it out safely. Several fire departments from the area were called to the scene and were forced to deal with arctic air and temperatures in the teens and low 20s.

"With the cold weather, we had a lot of ice forming on the streets. It made for slippery conditions, so we had to be aware of that and it also had ice on the power lines, so we had to take that into account also," said chief Schumack.

The cause of this fire is under investigation.

High winds are pushing smoke throughout Shenandoah from this factory fire. @WNEP pic.twitter.com/BoX2AT91be 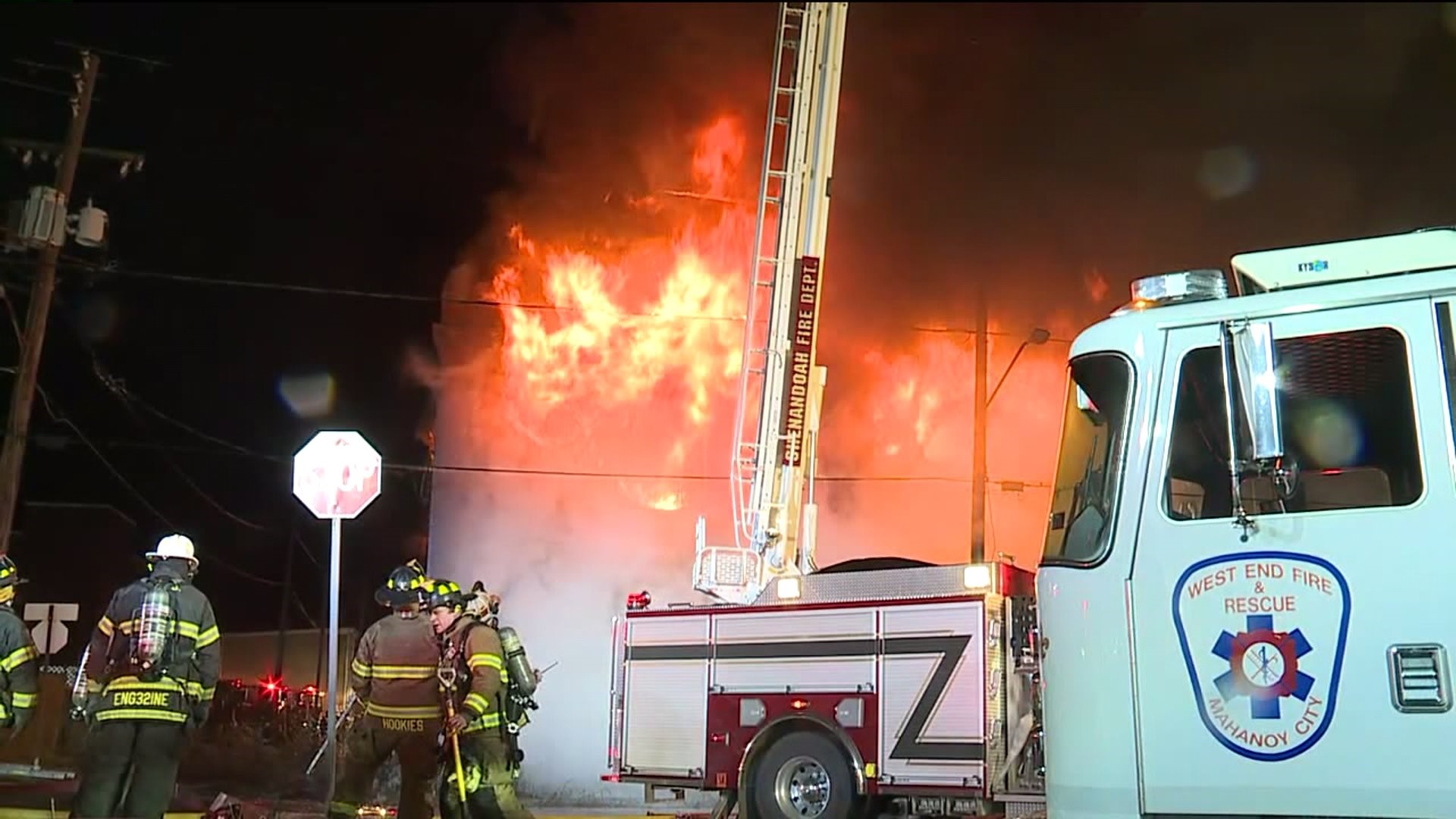 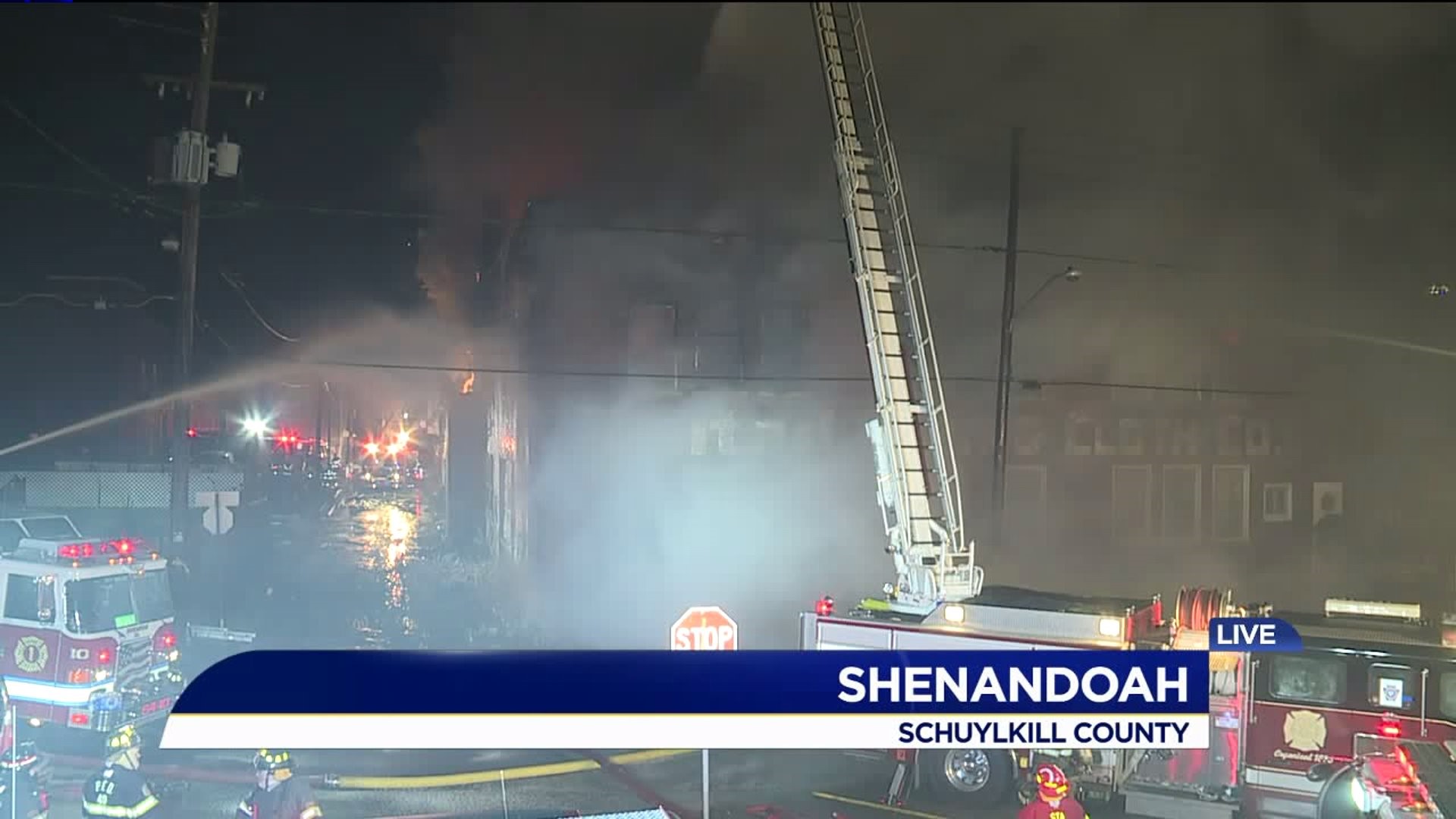