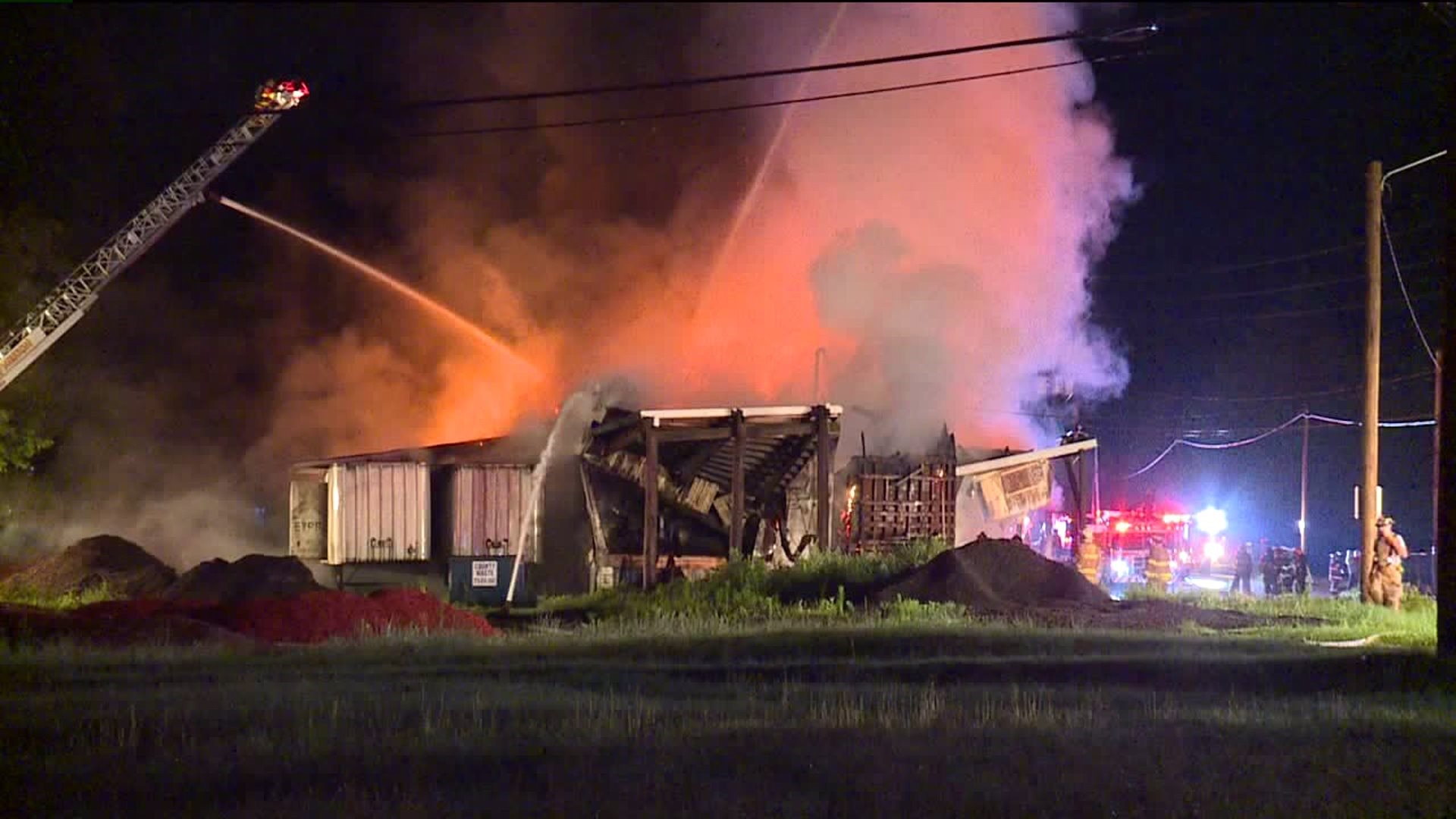 The positive reputation of Ringtown Mill and Hardware goes back decades and generations. Now, there's not much left of the business people say was a staple in this part of Schuylkill County.

"At one time, it was really a booming place because we had four or five dairies in the valley at that time. Now we don't have any. We don't have much in horses anymore. This used to be the main place where everybody came to get their feed for all animals, dogs, cats, everything," said James Weikel of Ringtown.

According to fire officials, a massive blaze broke out just after 1 a.m. along West Main Street in Ringtown. The heat and height of the flames woke people who live near the mill, which has been around since the 1940s.

"It looked like it was pretty big, huge flames. It started from the back there, and it started spreading out to here and there was popping going off," said Jeannette Donahue of Ringtown.

News of the fire spread quickly throughout this Schuylkill County community. Several people stopped by to get a glance at some of the damage, including one man who used to own this business. He tells us he spent some great years professionally at the mill.

"My daughter called me up this morning. When we had it, she grew up here. We had stuff for the kids to run around and stuff. I worked. She called me up and she was really upset. I said, 'Jen, you still have your memories. You still got your pictures. Hang on to them,'" former owner William Jarzinko said.

Fire officials say that because of the damage, they may never know what caused the fire.