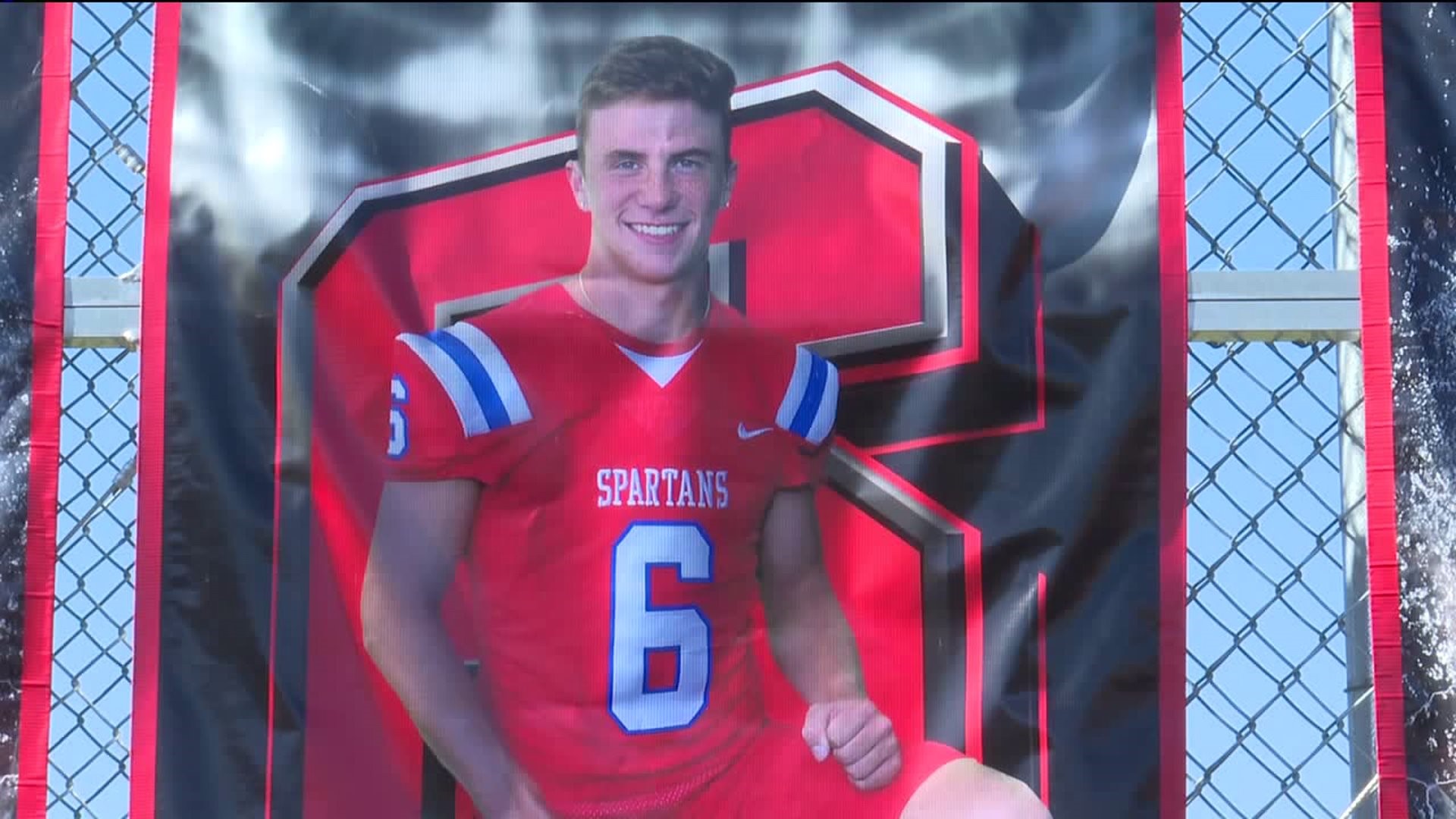 Several school districts across the county are raising money for his family to pay for medical expenses.

In the biggest game of the season, with the Schuylkill League division championship on the line against Pottsville, North Schuylkill's Jaden Leiby starred. The senior ran for three touchdowns, and more than 100 yards before tragedy struck when he broke his neck trying to make a tackle in the third quarter.

While the news of his injury has devastated many, it's brought several communities together.

"Everybody is rivals on the field, then you go out, and everybody is family. That's what Schuylkill County is all about," said Shenandoah Valley senior Will Conroy.

Leiby's number 6 North Schuylkill helmet is now painted at the intersection of Main and Centre Streets in Shenandoah.

At Pine Grove Area High School, the Cardinals are getting set to play North Schuylkill in the playoffs, but students and teachers are dressing down this week and collecting money for the Leiby family.

"It's really nice and great to see how much sports and especially football brings the community together," said Pine Grove quarterback Josh Leininger.

After the injury, North Schuylkill designed "Prayers for 6" t-shirts and wristbands, with all of the proceeds also going back to the Leiby family. District officials tell us they've already gone through two orders of 4,000 shirts, thanks to several districts around the county selling them.

"I've coached football for 17 years and been an athletic director for 10 years. I never saw an accident like that on the field. It was gut-wrenching for all of us, but the way everybody is rallying around, it's tremendous," said Pottsville Area athletic director Eric Rismiller.

"It's just a testament to him and what this county is about that everyone has stuck up for him and came about and raised all this money and came together as a group," said Pottsville head football coach Tom McGeoy.

The remaining shirts will be on sale for $10 at the game on Friday. Wristbands are going for $2.

Leiby is still in the hospital, but friends say he is in good spirits.