Coaldale Fire raffling off firetruck for $100

What's bigger than a bread box but smaller than a house? A firetruck and for $100, and it could be yours. 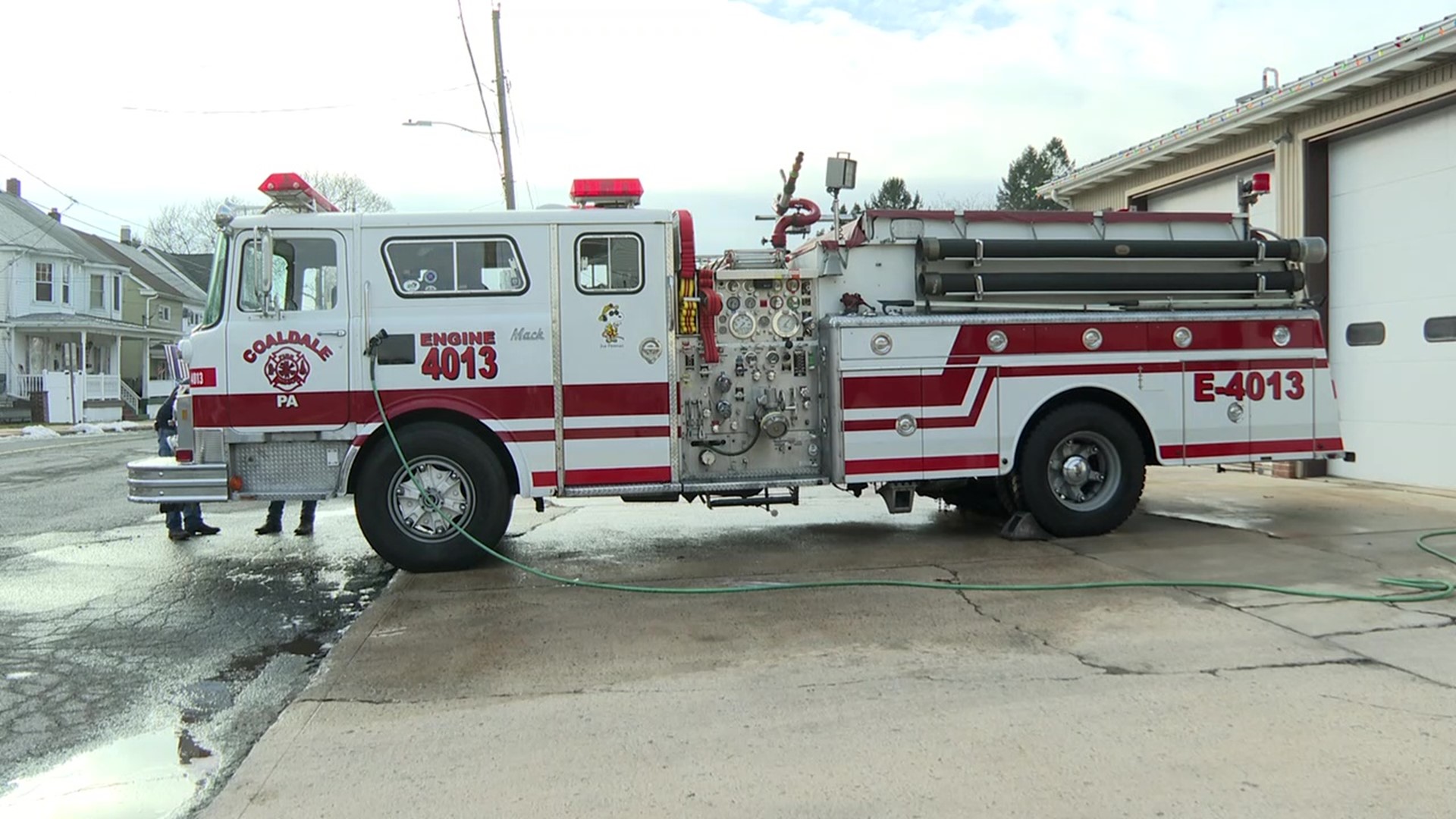 COALDALE, Pa. — Some fire companies are known to raffle off historic memorabilia, even gear, but usually, they would not raffle off an entire firetruck and for only $100 a chance.

"It is a rare item, and due to the chance only being $100 per raffle, it's a sweet deal," said Coaldale Fire Chief Steve Polischak.

The Coaldale Fire Department near Tamaqua is raffling off a Mack CF686 pumper firetruck.

But you'll have to act fast, Coaldale is only selling 200 tickets, and the department has already sold half.

The department got a new truck to replace the Mack CF Pumper after running out of space to store it. Firefighters got the idea to raffle the truck from another department in the county.

"Oddly enough, at the time they did it, we were thinking the same thing. But we waited to do this," Polischak said." We were trying to sell it outright, and we got no response. So our next thought was this because we know it worked well for another department in our county."

The Coaldale fire chief says the truck would be great for somebody who loves antiques or a rural fire department as the truck can haul 1,000 gallons of water.

"The hope is that it goes somewhere, possibly to a community that needs fire apparatus to protect their community and surrounding neighborhoods, and a collector that would use it and keep it in the shape that we have over the life that we've had it," said Polischak

The date of the raffle will be announced once the fire department sells all of the tickets. Whoever wins will need to pick up the truck.