GILBERTON — Carriers for the postal service are busy these days filling the post office boxes in Gilberton. The so-called “cluster boxes” repl... 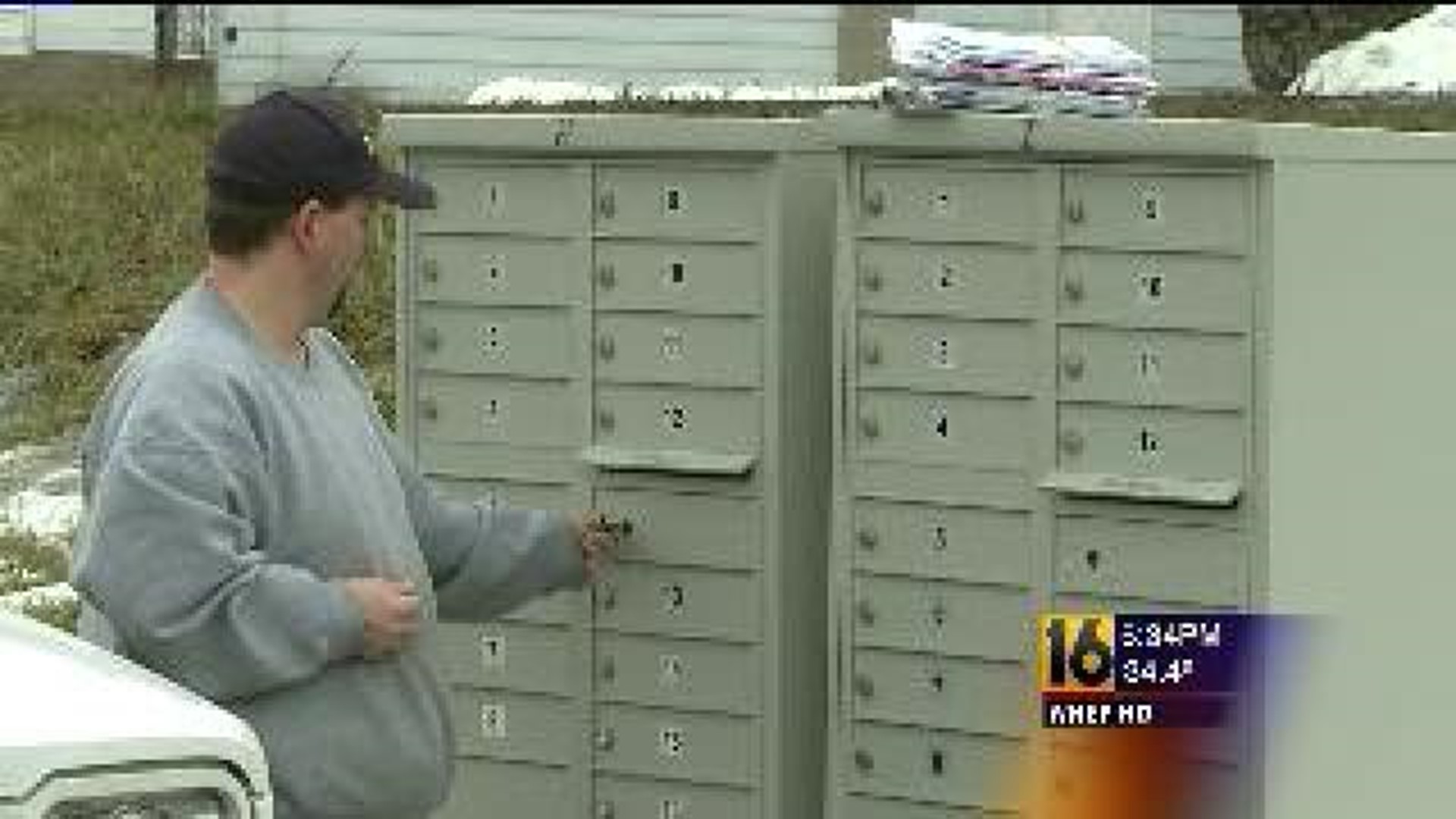 GILBERTON -- Carriers for the postal service are busy these days filling the post office boxes in Gilberton.

The so-called "cluster boxes" replace the community's post office which closed in the winter of 2011. Officials said it shut it doors over a leasing dispute with the property owner.

When the post office closed, home delivery stopped and people had to travel several miles to Frackville to pick up their mail.

"It's wonderful. I think especially for the working person, the post office would close at 4:30. Now they can get it anytime they want. If they don't get home till 6:00 at night, the mail is still here in the box and they can pick it up then," said Gilberton Mayor Mary Lou Hannon.

Officials said the postal service installed these cluster boxes several months ago and residents got their keys just last week.

Folks we talked to said the cluster boxes near their homes, beats traveling to the post office in Frackville. The Frackville trip cost them more for gas and took a toll on their nerves.

"It's very nice not going to Frackville. It’s very hard parking up there," said Maureen Howard, of Gilberton.

"We had to park at Turkey Hill and they were nice about it, they knew we were doing it and it was terrible inconvenient," said Elaine Mead, of Gilberton.

Some said there were some positive points to making the trip to Frackville.

"You don't have the personal service so when I come to my box there is no ‘good morning,’ ‘good afternoon,’" said Mayor Hannon.

Postal officials said the cluster boxes are here to stay and there is no chance that Gilberton will see its post office re-open.