MINERSVILLE, Pa. — During a time when churches in our area are closing due to diminishing numbers, a church in one Schuylkill County community is doing ev... 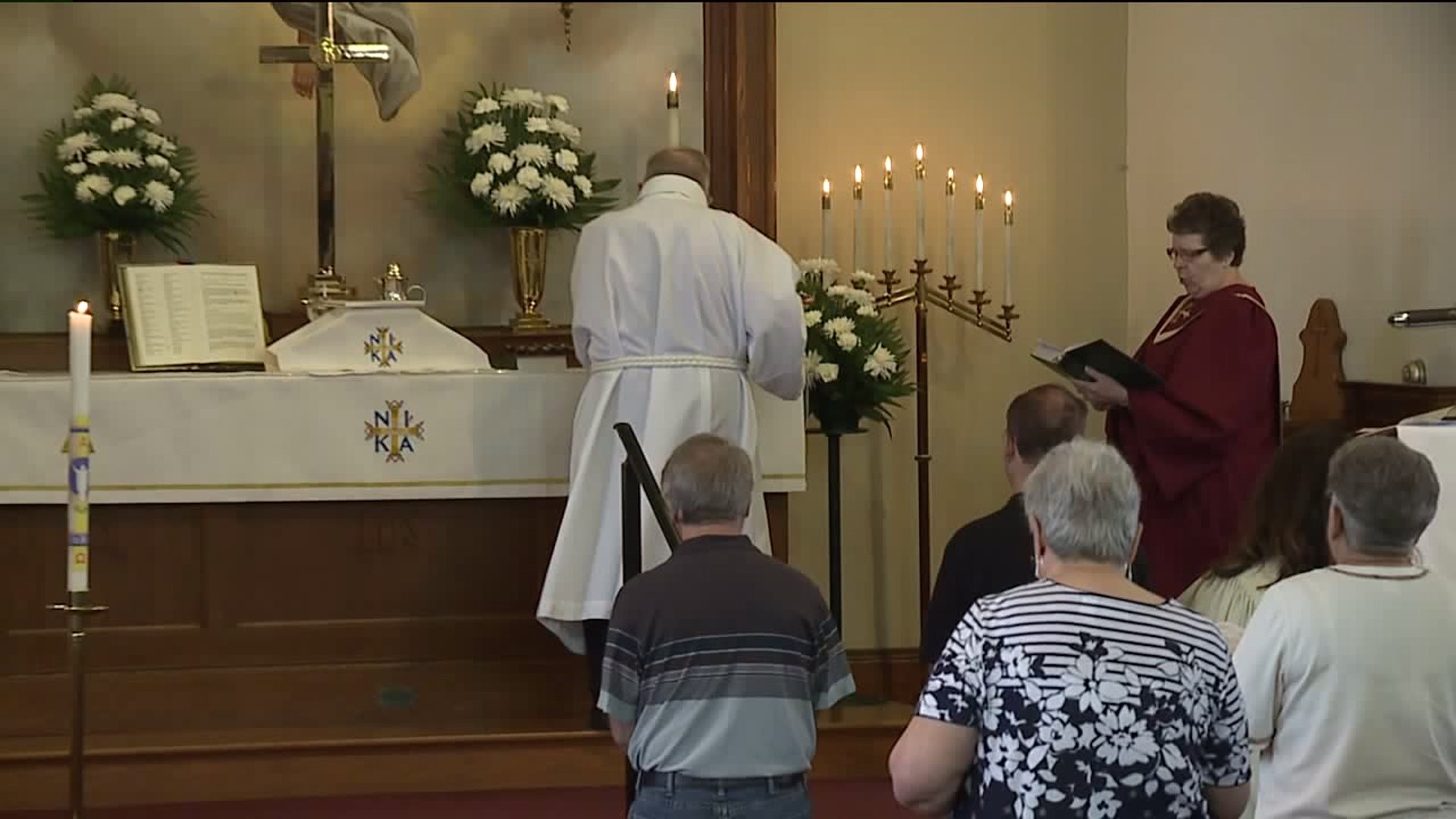 MINERSVILLE, Pa. -- During a time when churches in our area are closing due to diminishing numbers, a church in one Schuylkill County community is doing everything it can to attract more parishioners.

After the Sunday service at Zion Evangelical Lutheran Church in Minersville, a church official told Newswatch 16 that back in the church's heyday, parishioners used to be forced to sit in the second level because it was so packed.

As times have changed, that's no longer the case anymore, and the church has a plan to try and bring in new members.

On the second floor of the church, 35 parishioners took part in a routine Sunday service. Back in the day, you could barely find a seat here. Nowadays, everybody has plenty of room.

In an effort to keep the church going and bring in more people to this place of worship in Schuylkill County, the church is starting a new initiative called the "Giving Back" campaign.

"It's an avenue to keep the church alive and keep the doors open," said Regnal Leibensperger, minister. "So-called mainline churches are having great difficulty maintaining their memberships these years. There's just less and less people attending and participating in a so-called organized religion."

Starting today and moving forward, church members will be given a raffle ticket during each Sunday service with a chance to win a different donated gift basket or prize at the end of every month.

"I think it will probably help out," said Christian Jones of Pottsville.

The church has already received so much support from local businesses and surrounding communities that the campaign will last at least 20 months.

"We want to do a thank you to all these people who have supported Zion, and we don't want the doors to close," said Monroe.

As the campaign gets underway and gains steam, the gift baskets will enhance thanks to those donations, so be on the lookout for that.