TAMAQUA, Pa. — A few years ago, an old church in Schuylkill County started to fall apart, but instead of closing, the congregation decided to invest money... 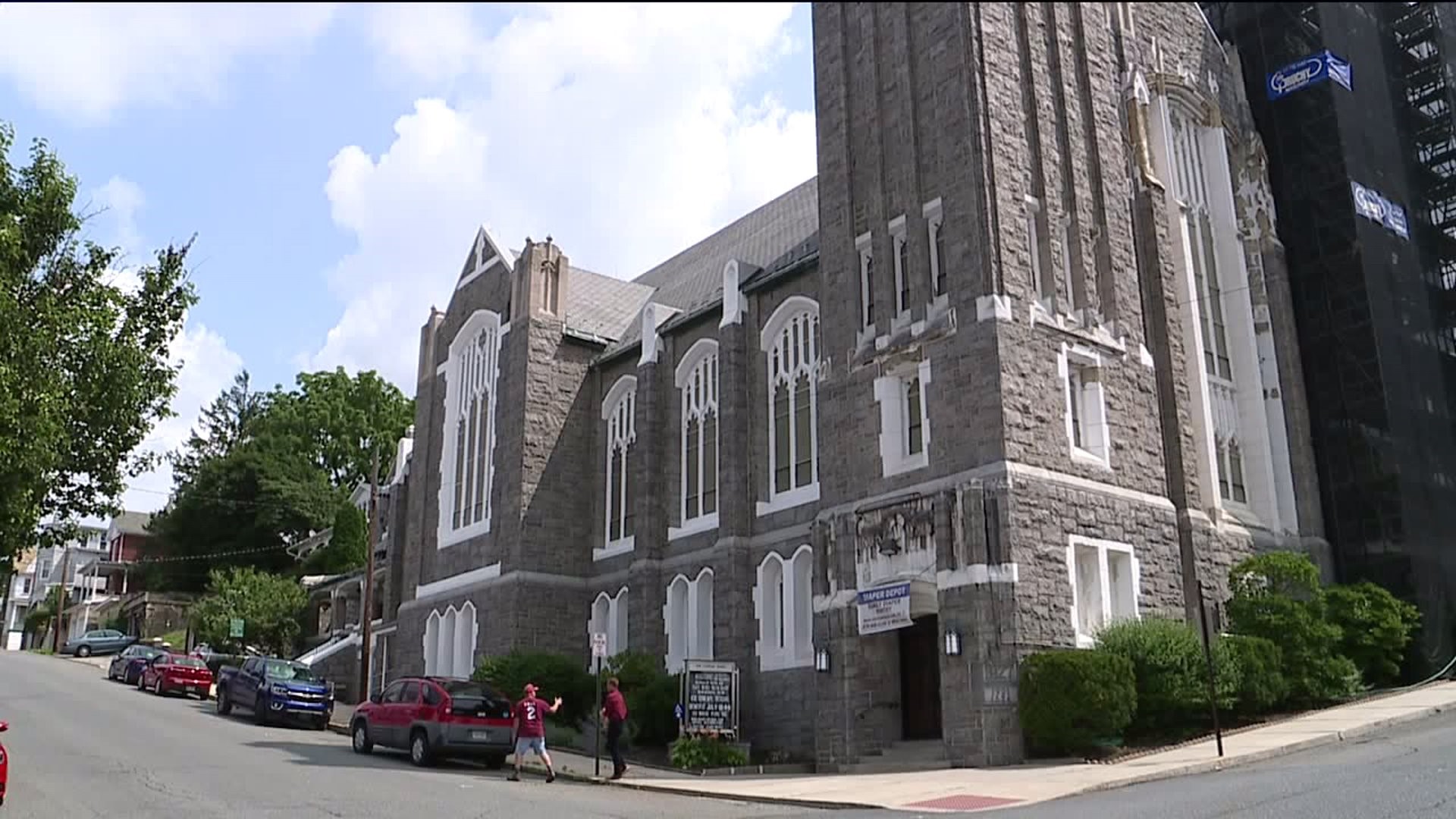 TAMAQUA, Pa. -- A few years ago, an old church in Schuylkill County started to fall apart, but instead of closing, the congregation decided to invest money into fixing the historic building.

Zion Lutheran Church in Tamaqua has been a staple in this Schuylkill County community for nearly a century, but if you look closely, you can see parts of the structure are deteriorating.

Over the last few years, constant work has been done to the place to keep this historical church intact.

"We had a crossroads a few years ago where the congregation decided are we going to stay here or are we going to invest in the building," said Mark Valentine, property chairman.

The congregation decided to invest nearly $1 million into fortifying the place thanks to loans and donations. Over time, cast stone, limestone, and the mortar joints began to deteriorate, so the church came up with a three-phase project to save the building.

During a time when churches across the country are closing their doors, Zion Lutheran is investing.

"It's an iconic building. There aren't many in this general area like this. A lot of the congregation grew up in the church. They didn't like the idea of moving and going somewhere else," Valentine said.

Phase two of the project is supposed to wrap up any day now, and the hope is that as the church continues to gather funds, they'll move onto the next portion of the building for phase three.

"It makes you feel good. At one time, I was worried that they were going to close, but we seem to be doing better than others," said parishioner Arlene Derr.

So far, church members have contributed more than $100,000 to the first two phases, but the fundraising continues.

More information on the restoration process can be found on the church's Facebook page.