An 8-year-old boy died after being hit by a tractor-trailer in Schuylkill County. 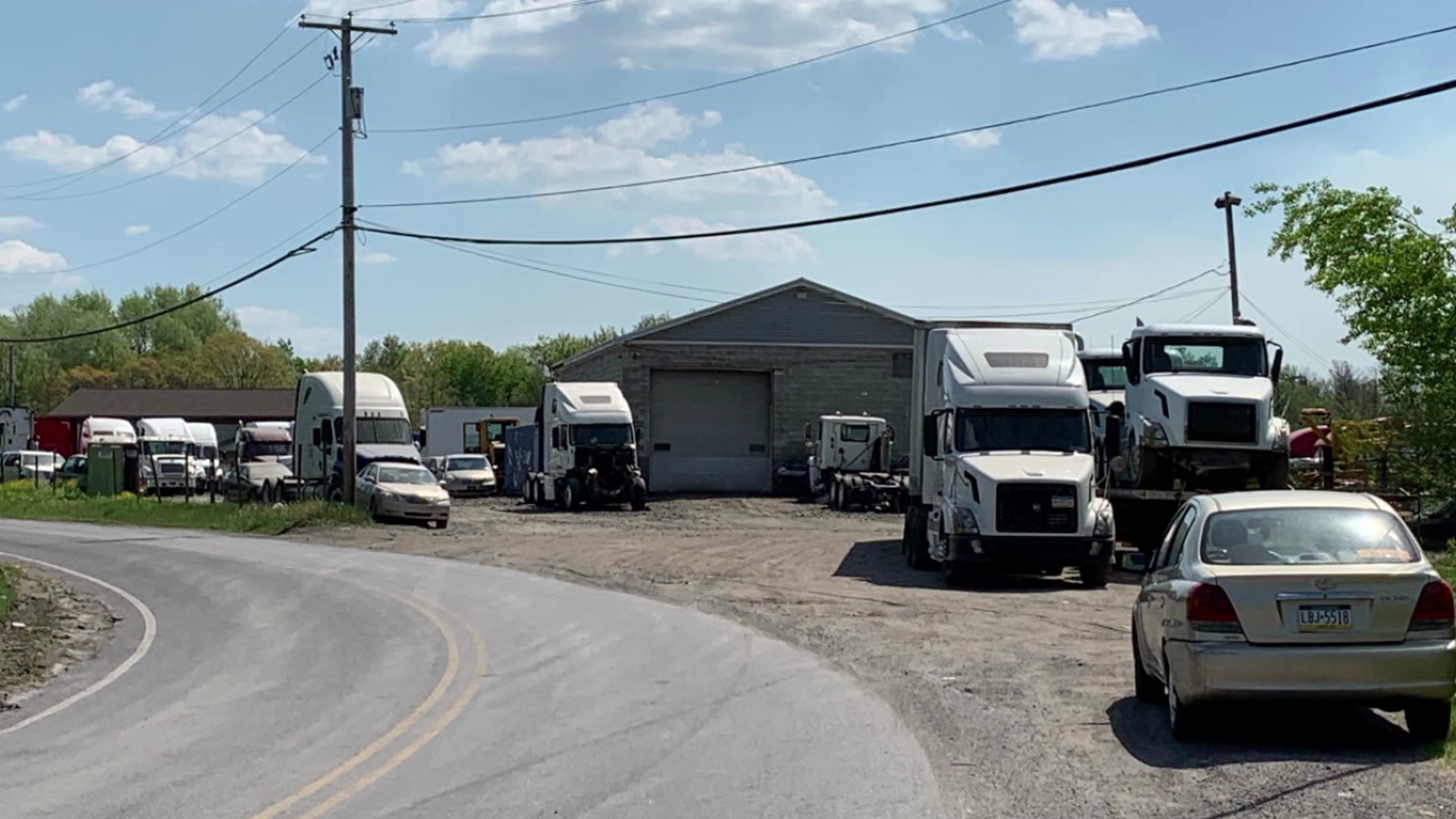 DELANO, Pa. — A small Schuylkill County community is devastated after state police say an 8-year-old boy was killed by a tractor-trailer.

State police say the incident happened just before noon Wednesday in Delano behind one of the garage buildings at Brothers Truck Repair. Investigators say a tractor-trailer was pulling into the lot and didn't see the boy.

State police say a tractor-trailer was entering Brothers Truck Repair at 11:40 a.m. and turned to go behind a garage building. An 8-year-old boy was driving a quad at the same time.

Delano Fire Chief Scott Derr says the boy was riding a child-sized ATV, and the truck driver didn't see him.

"It appears to be that he was run over by the tandem trailers. The child was riding the quad and somehow got into the tractor-trailer tandem axles," Chief Derr said.

State police say the child died from his injuries. Derr could sense it when he arrived on the scene.

"The chief of EMS said to keep everybody out, so I figured it wasn't good."

The fire chief says the boy's father works at the shop. He says the community has been shaken.

"It's not good to see any child hurt, even just falling off a bicycle. It just takes the life right out of you. The child was 8 years old; that's pretty hard to take."

The Delano postmaster tells Newswatch 16, the young boy and his two siblings stopped in last night for some candy, just like always. She said he was sweet and loved to pick dandelions and jump in puddles.

Derr says state police are reviewing some security camera footage from the property. The boy's death has been ruled an accident.