A charity based out of Pittsburgh has done a lot of work with a school in Schuylkill County that assists kids with disabilities. 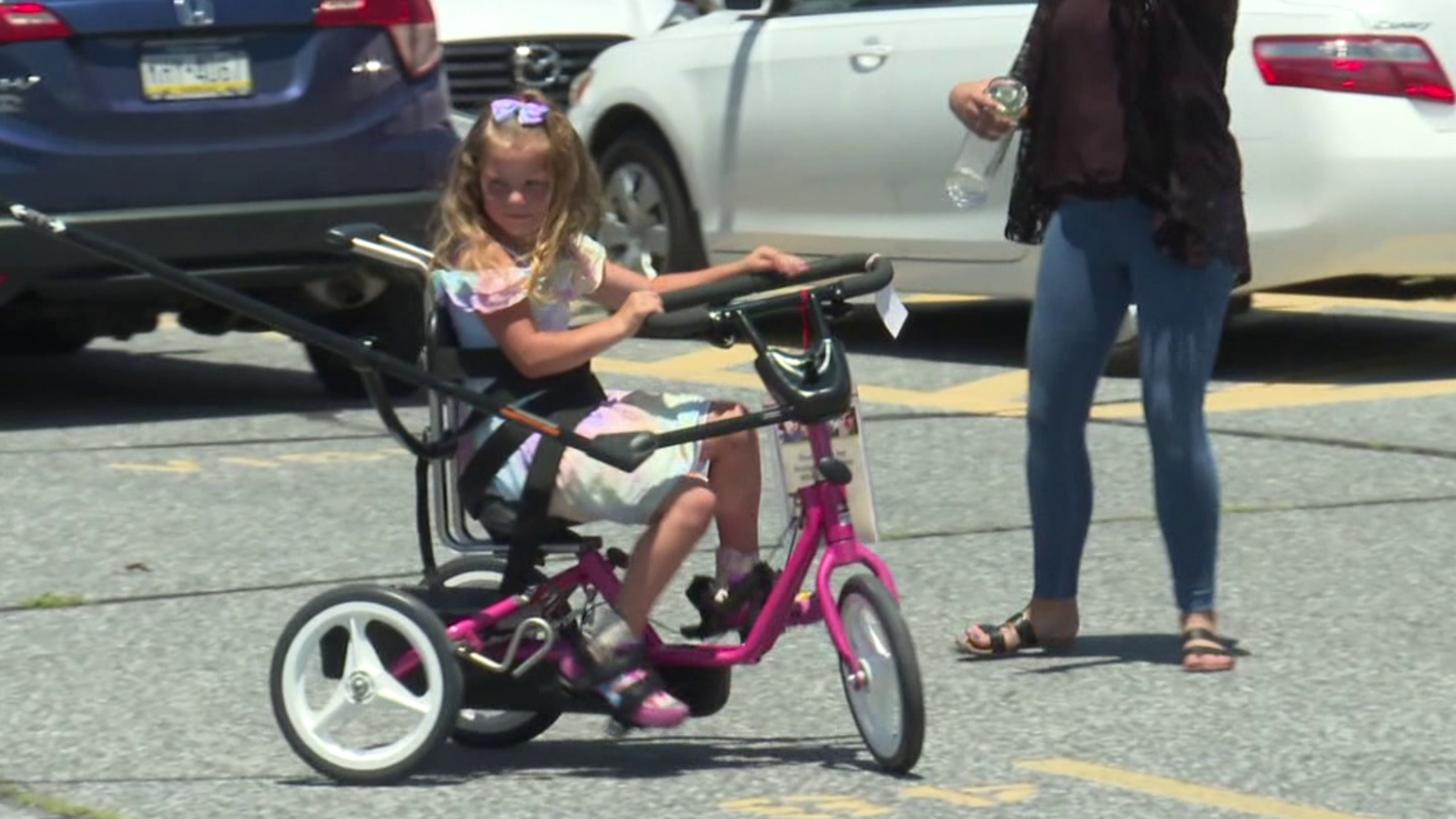 SCHUYLKILL COUNTY, Pa. — The saying "it's as easy as riding a bike" applies to many people.

Unfortunately, that's not the case for some people with disabilities.

"The foundation has been awesome. It's allowed so many kids to just go outside their comfort zone and do things they're not normally able to do," says Physical therapy assistant, Emilee Barkus.

Variety, the children's charity from the Pittsburgh area, has done a lot of work in the past with Schuylkill Intermediate Unit 29 near Minersville.

It's a school for students with disabilities.

In the past, it's donated devices to kids that allow nonverbal students to communicate as well as these adaptive bikes.

Monday, the school received more than 40 combined bikes and strollers that will allow students to ride around safely, including Kareem from Tamaqua.

"This opens up a whole new world for him to be able to go out and socialize and play with other kids. He can't ride a regular bike, so this is helping him to go out with his brothers and have a good time that he can't do without it honestly," said Kareem's mother, Natalia Slivinski.

It's Variety's hope that it can also lend a hand to other schools in rural areas so that people with disabilities are able to enjoy simple activities like this.

"This IU, IU 29 in Schuylkill County, they're so dedicated to their kids, that they've become the model on how to get this equipment out to their children," said Mickey Sgro of Variety.

These children received this equipment in time to enjoy the rest of their summers.