Charging Drivers Who Text Behind the Wheel

Do police in Pennsylvania enforce laws against texting and driving? It depends on where you live. According to court records, some counties in northeastern and ... 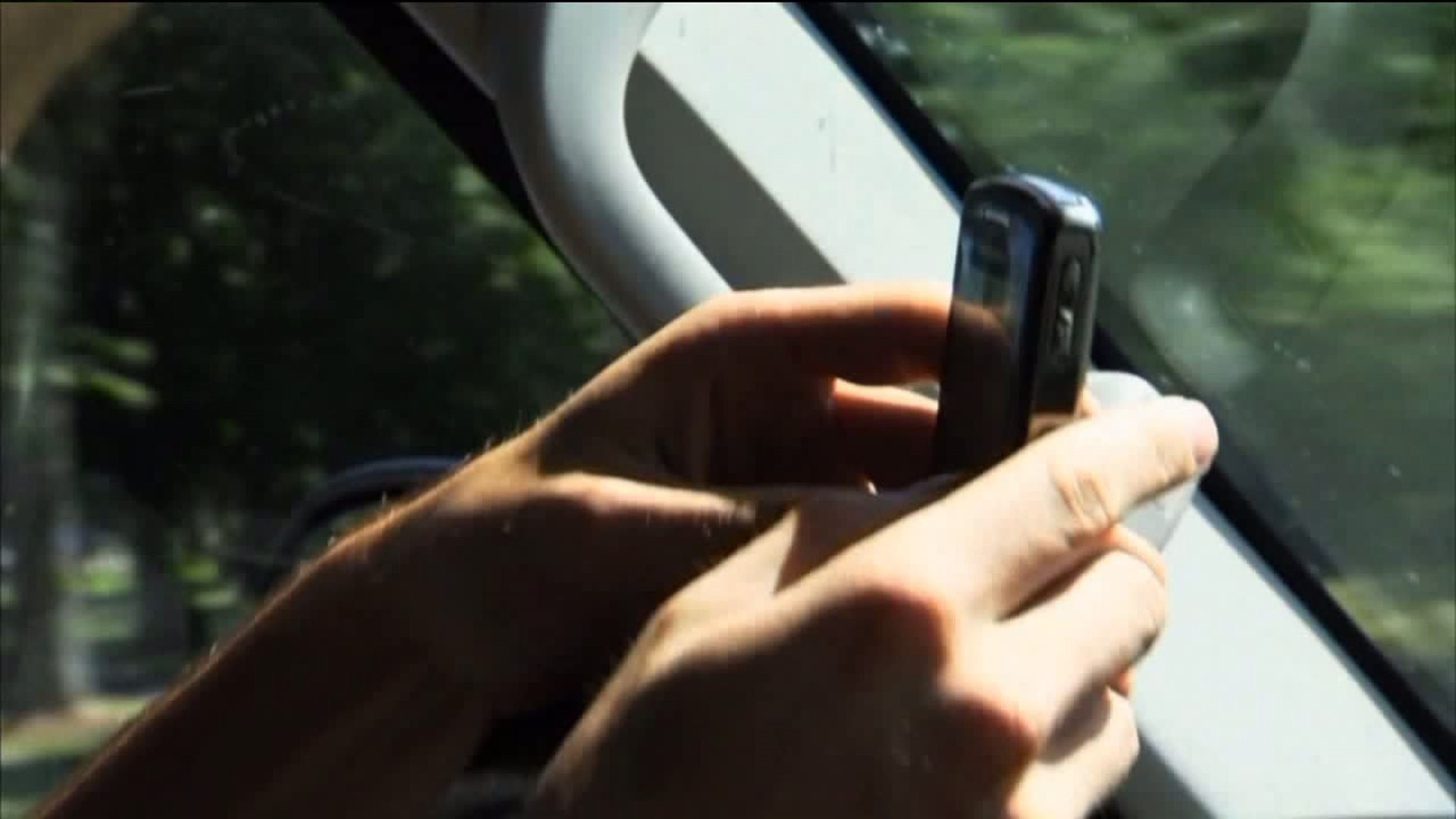 Do police in Pennsylvania enforce laws against texting and driving? It depends on where you live.

According to court records, some counties in northeastern and central Pennsylvania are three times as likely to see distracted driving tickets than others.

There are a few counties in our area where a crackdown on texting drivers seems to be a priority, but around the state, police charge an average of just eight drivers a day with distracted driving--eight drivers a day in a state with 9 million registered drivers.

"We need to speak to law enforcement about taking a tough look at people who are driving down the road with their head in their phone," said Lori Guzick of Pottsville.

Guzick wants law enforcement to get tougher. Five years ago, her nephew was killed in Pine Grove. 24-year-old Dave Guzick died in a crash caused by a woman who admitted to texting while driving.

"She paid a fine at the district magistrate's office and that was it," Guzick said.

"I was really angry because it was totally preventable," said Samantha Chivinski of Pottsville, Dave Guzick's cousin.

Dave's mother said she was still too upset to speak about it.

The three say they're disappointed by low arrest numbers for distracted driving in Schuylkill County.

Court records from northeastern and central Pennsylvania show Schuylkill County with the fewest drivers per capita charged with distracted driving over the past five years.

Numbers show police in Snyder County are almost three times as likely as Schuylkill to charge a driver who's texting away.

"We do look for those type of offenses," explained Shamokin Dam Police Chief Tim Bremigan.

Chief Bremigan says the grants police agencies in Snyder County receive to curb distracted driving are beginning to pay off.

"It shows that law enforcement in our county is out there looking for such offenses," said Bremigan.

We asked leaders of police agencies in and around Pottsville why it appears the enforcement of texting and driving laws have a lower priority in Schuylkill County than elsewhere in the area. None would comment.

"If people are driving around and seeing it every day, they have to be seeing it too," said Chivinski.

Critics say those court orders usually happen for bad wrecks like one on Route 11 in Columbia County in December 2016. One person died. Several others were injured. The driver, who troopers say was texting, was charged with homicide by vehicle.

Lori Guzick says all texting drivers should be regarded as dangerous as drunk drivers.

"Bad people drink and drive, right? Bad people. Good people multi-task, have jobs, drive cars, tote their kids around. That's what good people do, so the perception of people who are texting behind the wheel isn't of a bad person," she said.

Lori Guzick say people caught texting and driving should also get points on their driver's licenses that would force them to pay more for insurance.

Guzick is working with state lawmakers to make that happen. She adds deterrents won't work unless police enforce the law and pull over more texting drivers.