POTTSVILLE, Pa. — A very large snake has taken up residency at a cemetery, causing a stir for some in Pottsville. Those visiting the cemetery are on alert... 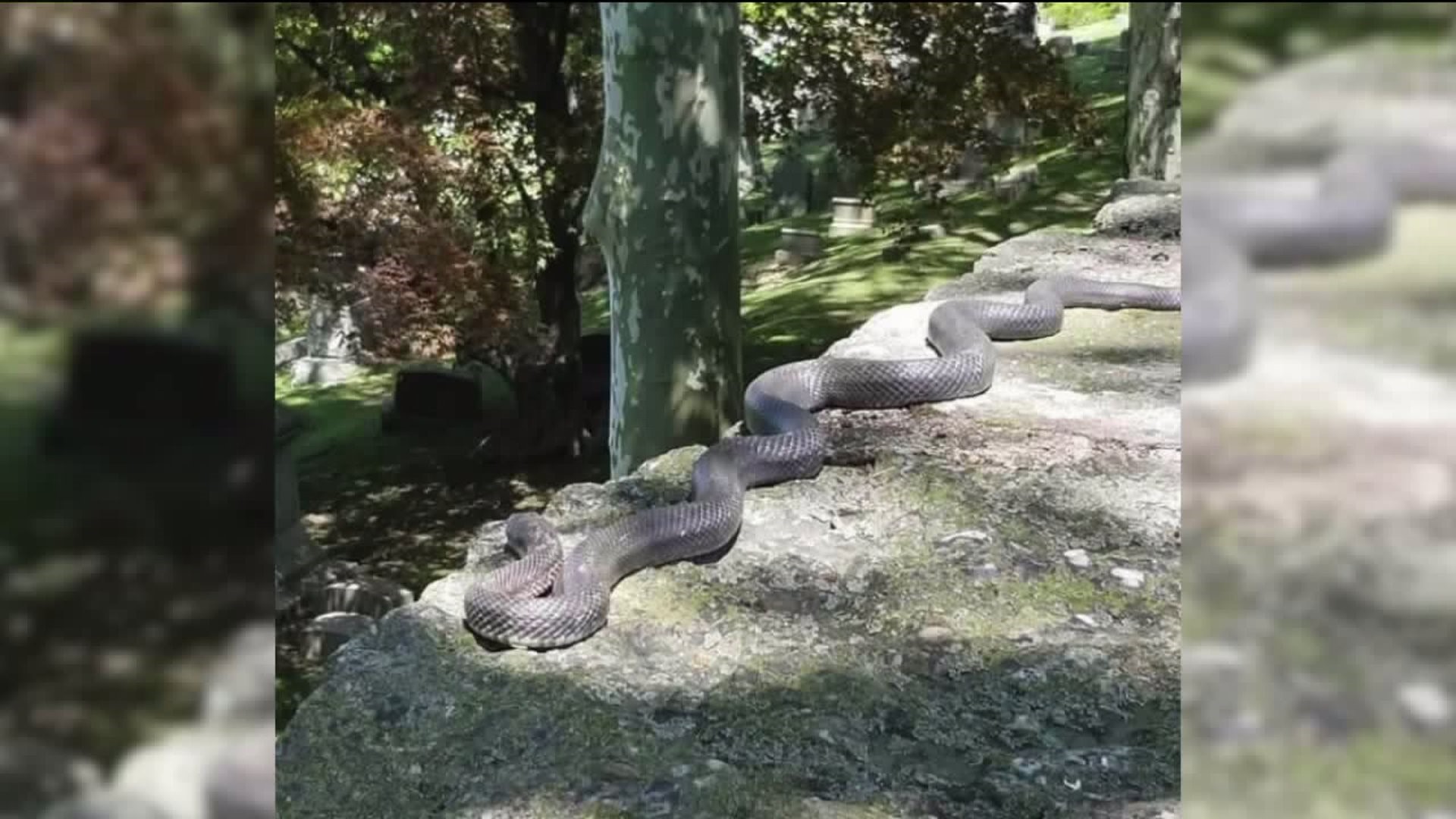 POTTSVILLE, Pa. -- A very large snake has taken up residency at a cemetery, causing a stir for some in Pottsville.

Those visiting the cemetery are on alert just in case of a surprise encounter.

Groundskeepers believe it is an 8-foot-long black snake at the Charles Baber Cemetery in Pottsville. They have been trying to catch the snake for weeks but have not had any luck.

Joseph Yescalis calls himself a snake enthusiast, never expecting he could come face to face with one during his bike ride at the cemetery in Schuylkill County.

"I had boa constrictors and pythons at one time, 12 feet long, and somebody is telling me this snake is about 8-feet long, so it does not scare just the size of it, it intrigues me," Yescalis said.

Groundskeepers took photos. They say the non-venomous snake could be at least eight feet long.

"Never seen a snake. Groundhogs, turtles, ducks, everything else but snakes."

Randy Stewart has worked at the cemetery for more than a decade. Groundskeepers think it lives in a wall, but aren't sure how it got there.

"We took a couple measures to retrieve it. In fact, Tom had it by the tail," Stewart said.

"I knew the worst part of it was inside the wall but too much of him was in the wall and I let him go because I know I am only going to hurt him," said groundskeeper Tom Dodds.

Last week, fourth graders in the Pottsville Area School District were planning to plant flags for Memorial Day at the cemetery but canceled because of the black snake.

Val Pacenta plans to stay on her toes during her walks around the cemetery.

"I am in here on a daily basis, and I have never even seen a little snake -- turtle, a fox, hawks, no snakes," said Pacenta.

Groundskeepers tell Newswatch 16 once they catch the black snake, they plan to place it in a nearby wooded area.