Caskets, Tombstones of Former Priests to be Moved to Cemetery

TAMAQUA, Pa. — Excavation work is going on at former church in Schuylkill County to remove the remains of three priests buried in front of the building. S... 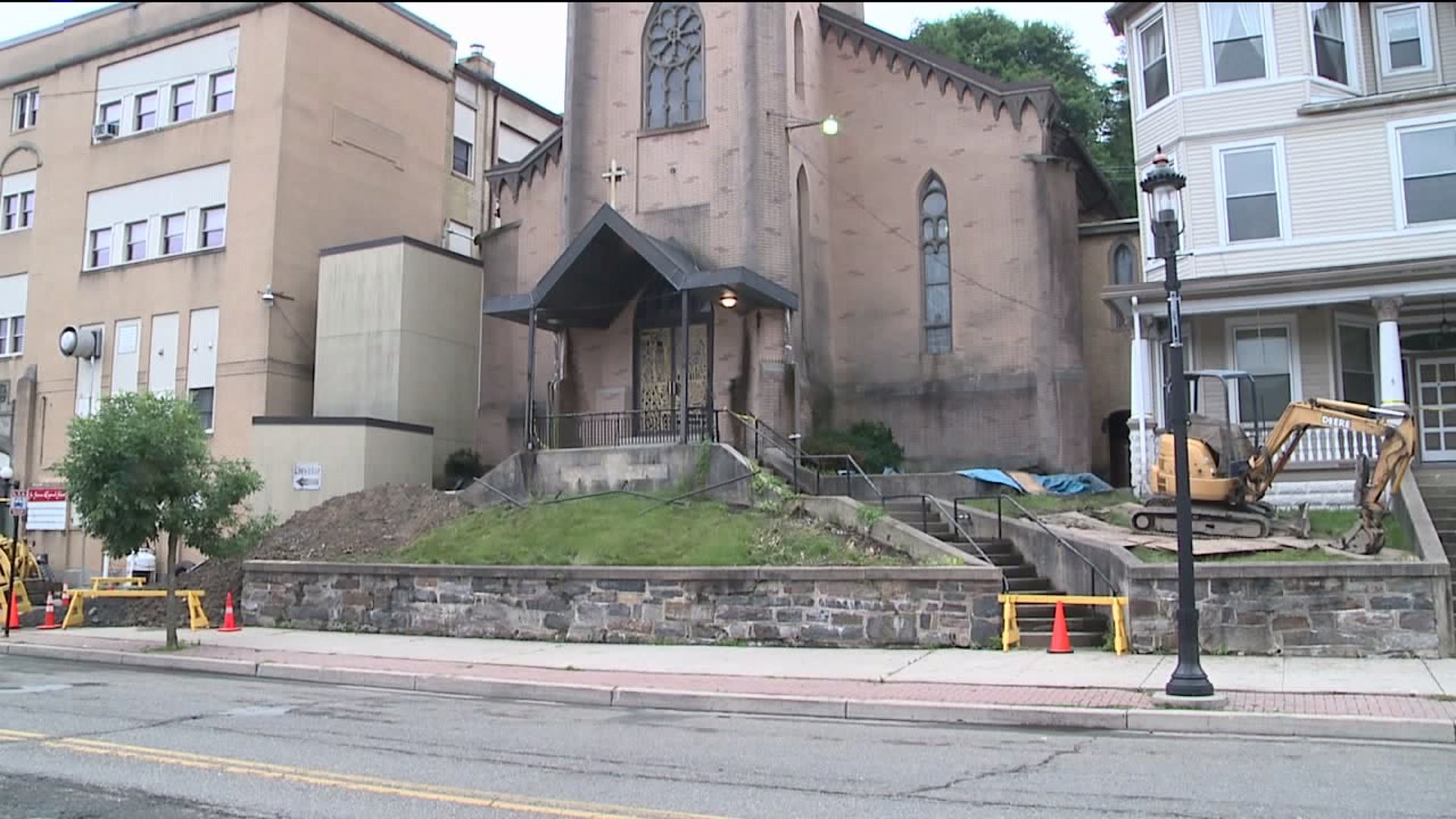 TAMAQUA, Pa. -- Excavation work is going on at former church in Schuylkill County to remove the remains of three priests buried in front of the building.

Saint Jerome's Church in Tamaqua closed last year. Now, the caskets are being transferred off the property.

“We did dig the one right here, this one's exposed and it's all in concrete and rock. Now, the 1881 one, we just removed the tombstone today," explained Farber.

He and his crew are working to remove the remains of three priests who were buried in front of the church.

The tombstones have been taken away.

The next step is getting to the caskets and digging them out.

“As you slowly go down, you see what you're up against,” said Farber. “Try to find the lid and uncover both sides so you get the forms cleaned out, that way when the crane gets here, you get a sling on it and hopefully everything comes out.”

Saint Jerome's closed last year after it joined the combined parish of Saint John XXIII in 2014.

According to the pastor, once the caskets are removed, they will be taken to Saint Jerome's Cemetery a few blocks away from the church.

Farber says the plan is to transfer the caskets this Saturday most likely on a flatbed trailer.

“The cemetery, where the hole will already be dug, then we'll use the crane or the backhoe machine to set them in place that day,” said Farber.

The pastor says the remains are being removed because Saint Jerome's is no longer a church.

Dennis McLaughlin used to be a parishioner of Saint Jeromes.

Farber says the three headstones will be placed at the graves once the dirt is settled.