Woman Recalls Scary Moment When Car Crashed into Her Home

UPDATE: Police have identified the driver as 38-year-old John Pickens. According to police, Pickens drove into the house after fleeing from a different crash he...

UPDATE: Police have identified the driver as 38-year-old John Pickens. According to police, Pickens drove into the house after fleeing from a different crash he caused moments before.

Police say Pickens rear ended someone before running into the garage. 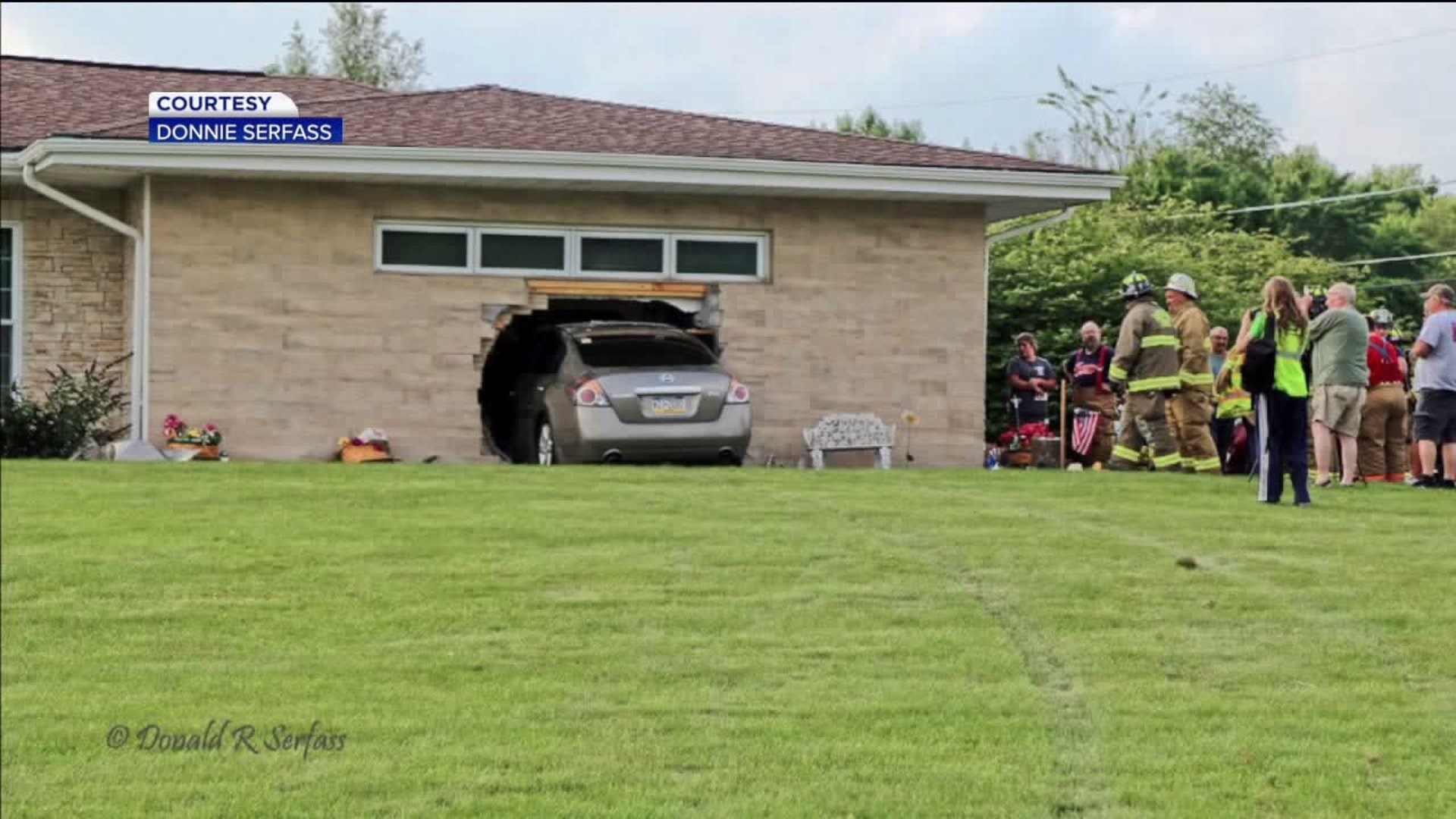 RUSH TOWNSHIP, Pa. -- A woman in Schuylkill County was at home when all of a sudden, she heard a loud impact that shook the house. Soon after, she discovered that a car had driven through her garage.

That's how Debbie McKinley describes the last day or so.

It was an unwanted vehicle in her garage. According to witnesses, around 5:30 p.m. Monday, a Nissan Altima driven by a man was traveling along Lafayette Avenue, went off the road and over some bushes, through a yard, whizzed by the homeowner, then crossed back over Lafayette Avenue, 100 feet across McKinley's yard and through the garage.

"He was not at all flustered. He was very calm as you and I were calm. He had no shoes on and he actually had to crawl out the back of the vehicle, and from what I understand, he was unharmed," McKinley said.

"They said that if the car wasn't there, he probably would've kept right on going and come out the back of the house. At that point, God only knows what would've happened or if he would've hit where the formal living room is he could've came through and hit the propane gas insert and the house could've blown," McKinley added.

Rush Township police have not released the name of the driver and the crash remains under investigation.