RINGTOWN, Pa. — A business is in ruins following an afternoon fire in Schuylkill County. 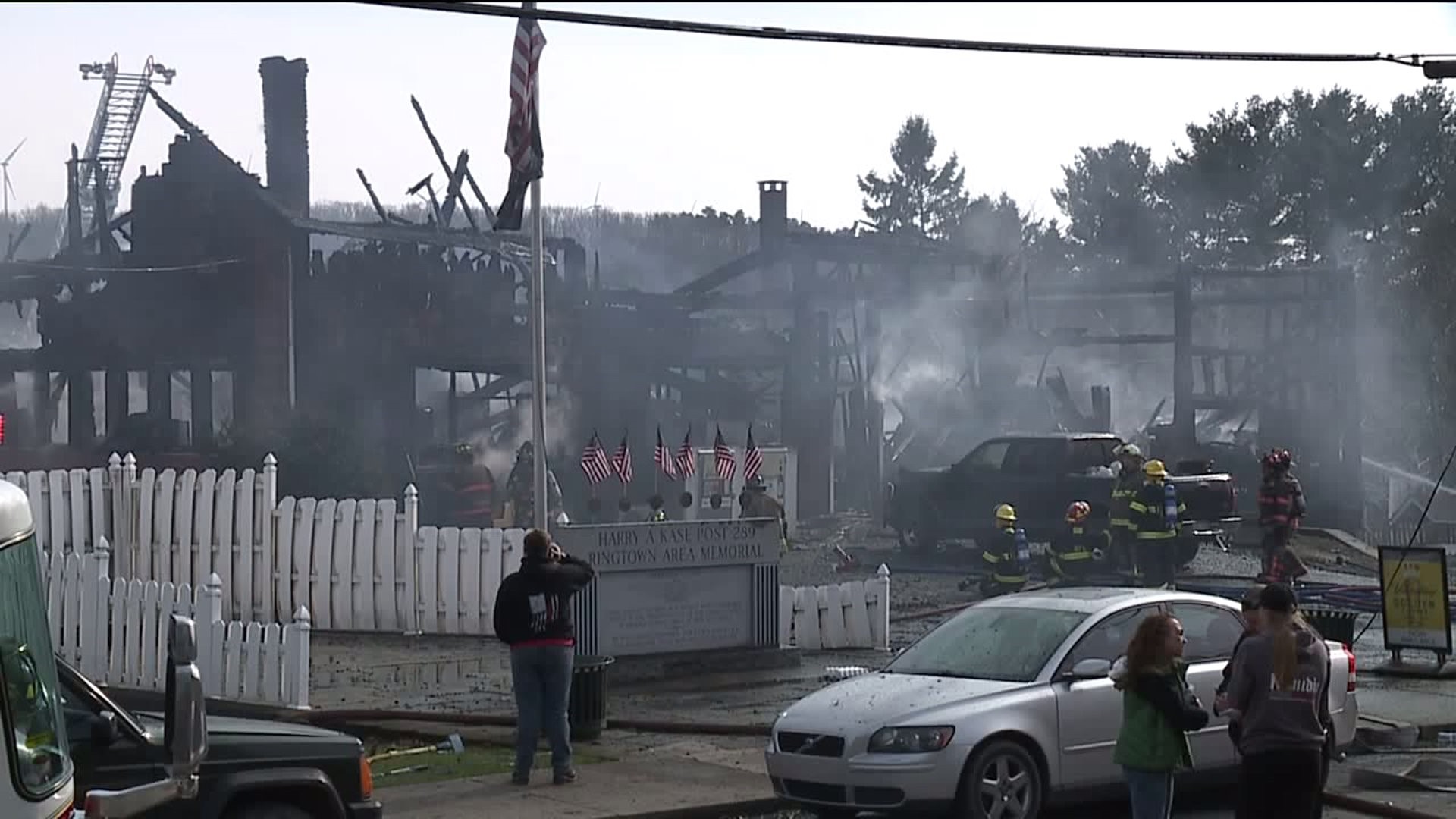 #BREAKING: Three people made it out safely after Valley Beverage in Ringtown went up in flames this afternoon. Flames were up to 20 feet in the air. Tonight on @WNEP - hear from employees about the franctic experience of being inside at the time. pic.twitter.com/jxIPIHi4rY

RINGTOWN, Pa. --  Employees and customers at a beer store in Ringtown made a frantic escape Thursday afternoon as the place went up in flames.

People who were inside Valley Beverage said there were no signs the building was on fire. Then another customer ran into the store screaming for everyone to get out.

Video shot by a customer who just made it out alive shows flames shooting out of the store.

Employee Savanna Krusinsky and customer Ralph Alderson were inside at the time and didn't smell any smoke.

"It went up really quick. I was in, there was nothing. Me and her were standing there talking and then my buddy Dennis came running in and said it was on fire," Alderson said.

"I grabbed my dog and threw him to Ralph. He was like, 'C'mon, C'mon!' I was like, 'Let me make sure the safe is closed!' I made sure the safe was closed. I got out and by the time I got out the flames were just over the building and smoke was pouring out," Krusinsky said.

Firefighters got to the store within five minutes of being called. They pulled up 50 feet away from the building but the flames were so hot, the light on their truck melted.

"It just intensified so fast. That's the thing that amazed me. Within ten minutes of us getting here, it looked like this," Ringtown Valley Fire Rescue Fire Chief Joseph Gilbert said.

The owner said she had about one million dollars worth of inventory inside the store. She left a half hour before the building started to burn.

"Come rushing back to see 50-foot flames coming out of the sky. This is too hard to even comprehend at the moment," Owner Aleta Harrington said.

"It was scary. I mean I kind of broke down and lost it a little bit but I'm okay. I'm a little worked up but I got out okay, my dog got out okay," Krusinsky said.

The owner said she does have insurance but is not sure yet whether she will rebuild.

There is no word on the cause of the fire.