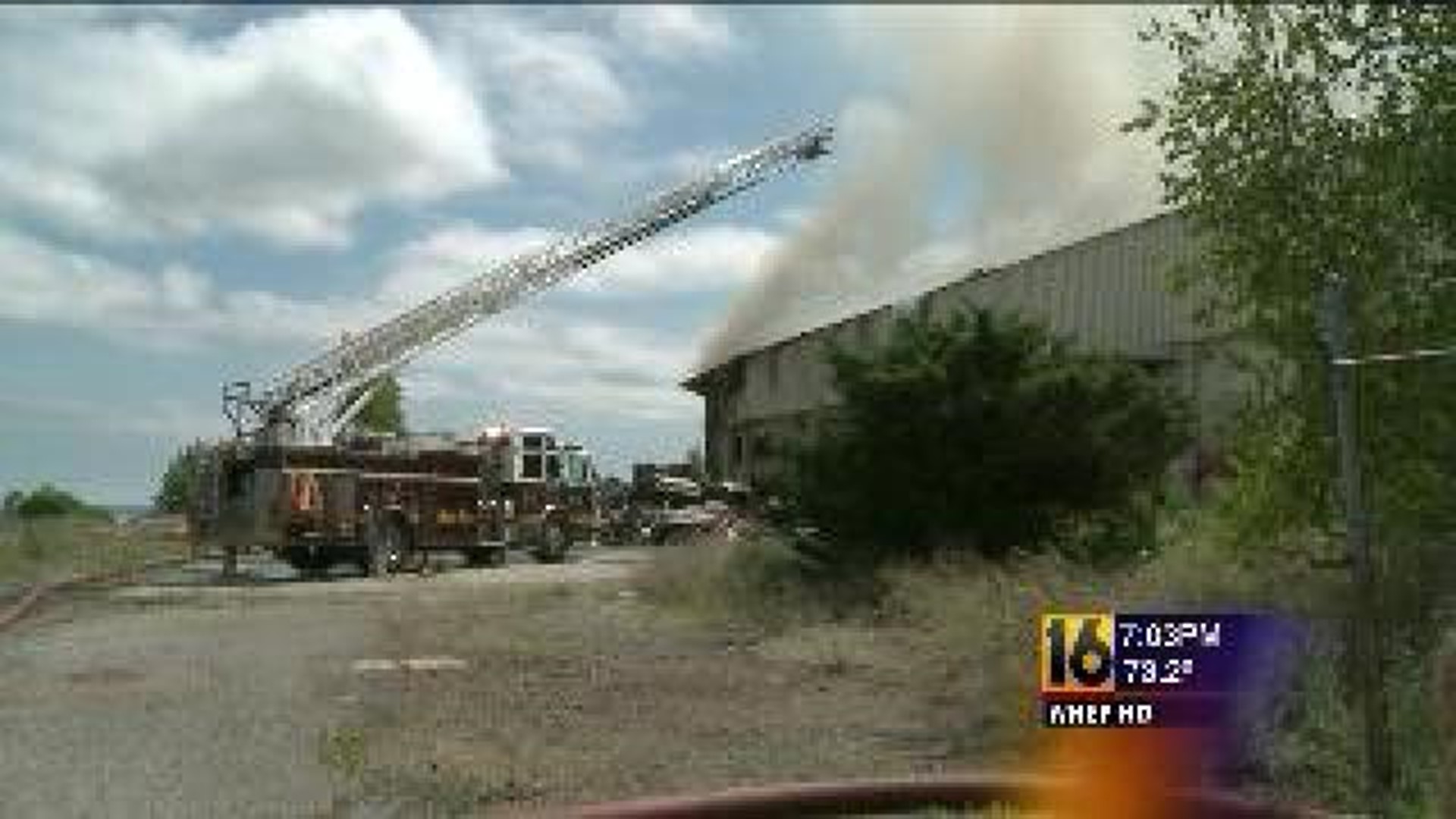 Crews from Schuylkill County were assisted by firefighters from Luzerne County.

"Right now we have a lot of resources here and we're making progress on the fire because of that," said Chief Randy Kalce.

One problem was that water had to be trucked in from miles away.

"When we first started we hit the hydrants in Delano... that sort of started to deplete the water in Delano so we went to two other locations, Air Products and Chemical their dam and Kline Township Municipal building to their dam," said Chief Paul Kuropatsky.

Kuropatsky also said he wanted to make sure that no one was hurt.

"There was fire through the roof in multiple locations already,it's totally an exterior attack at this time, no personnel will enter the building at all ."

Another issue was the burning wire. It can become toxic.

"We will have air monitors on hand, yes all the spools of wire create a hazard," the chief added.

Fire officials were confident that the smoke did not affect anyone.

Fire officials do not know how the blaze started. State Police fire marshals are being called in to investigate.