Small Village of Seltzer Getting Recognized because of Bud Light Seltzer

NORWEGIAN TOWNSHIP, Pa. — Go to any beer distributor nowadays and you’ll find seltzers stocked on the shelves. But there’s one tiny village ju... 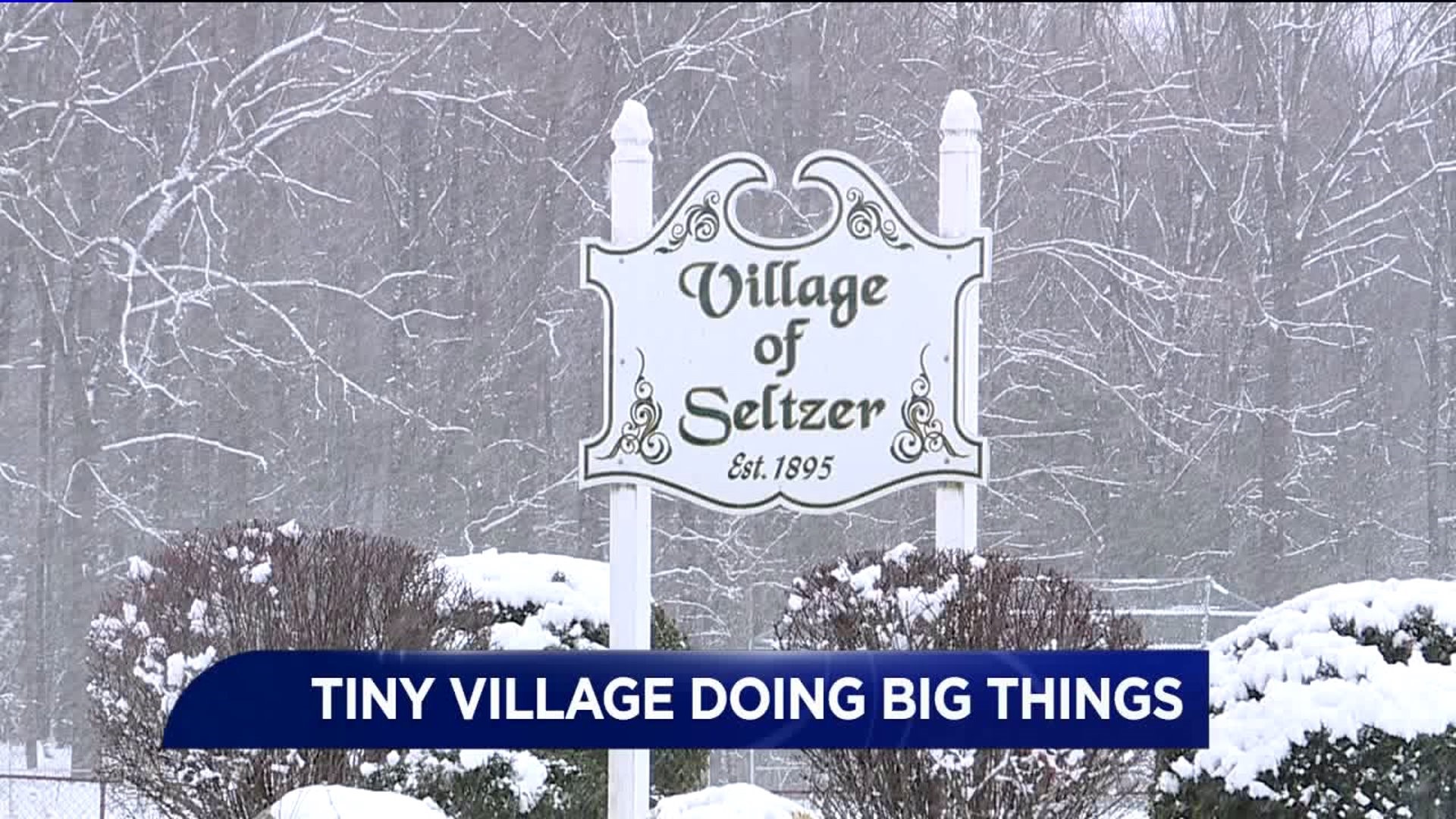 NORWEGIAN TOWNSHIP, Pa. -- Go to any beer distributor nowadays and you'll find seltzers stocked on the shelves. But there's one tiny village just outside of Pottsville that's at the center of the seltzer movement and it's fittingly called Seltzer.

It's a promo that's been getting a lot of play on TV and social media over the last few days featuring the fake mayor of Seltzer, Pennsylvania. But Seltzer is actually a real place, a tiny village of about 300 people in Schuylkill County.

"It's like a dream come true to see the little town, Seltzer, a little town that could make it big," said Bill Holley, a member of the Seltzer Hose Company.

Right now, the Seltzer Hose Company is the only place in the world where you can find and sip on Bud Light Seltzers. Anheuser Busch is releasing the product on January 13 but had Northeast Eagle Distributors in Pittston deliver an early shipment to the village last month. Bud Light also gave the hose company a sizeable donation.

"We never envisioned getting a $15,000 donation. This is a small town in Schuylkill County, and you work hard for any money that you do get," said assistant fire chief Mike Kitsock.

In addition to the check, Anheuser Busch and Bud Light threw a tiny launch party at the firehouse and brought in a production crew to film. Since then, the hose company has been fielding calls from people several hours away, asking if they can get their hands on these cans.

"We're all volunteers here, nobody's paid and for $15,000 to get dropped on our laps, basically, because somebody wanted to come in and use the hall for a party, it turned out to be something big and something magical," said Holley.

"To put the little village of Seltzer on the map, it's been an amazing experience," said Jennifer Becker, hose company treasurer.

When you pick up a case of these seltzers, you'll be able to find the hose company's map coordinates on the packaging, the little village that could and did all thanks to the seltzer craze.

Get off my lawn.