One company closes shop, another one comes in, providing jobs

Brigade Manufacturing took over the former Gitman Bros. plant in Ashland. It eventually wants to employ more than 200 people 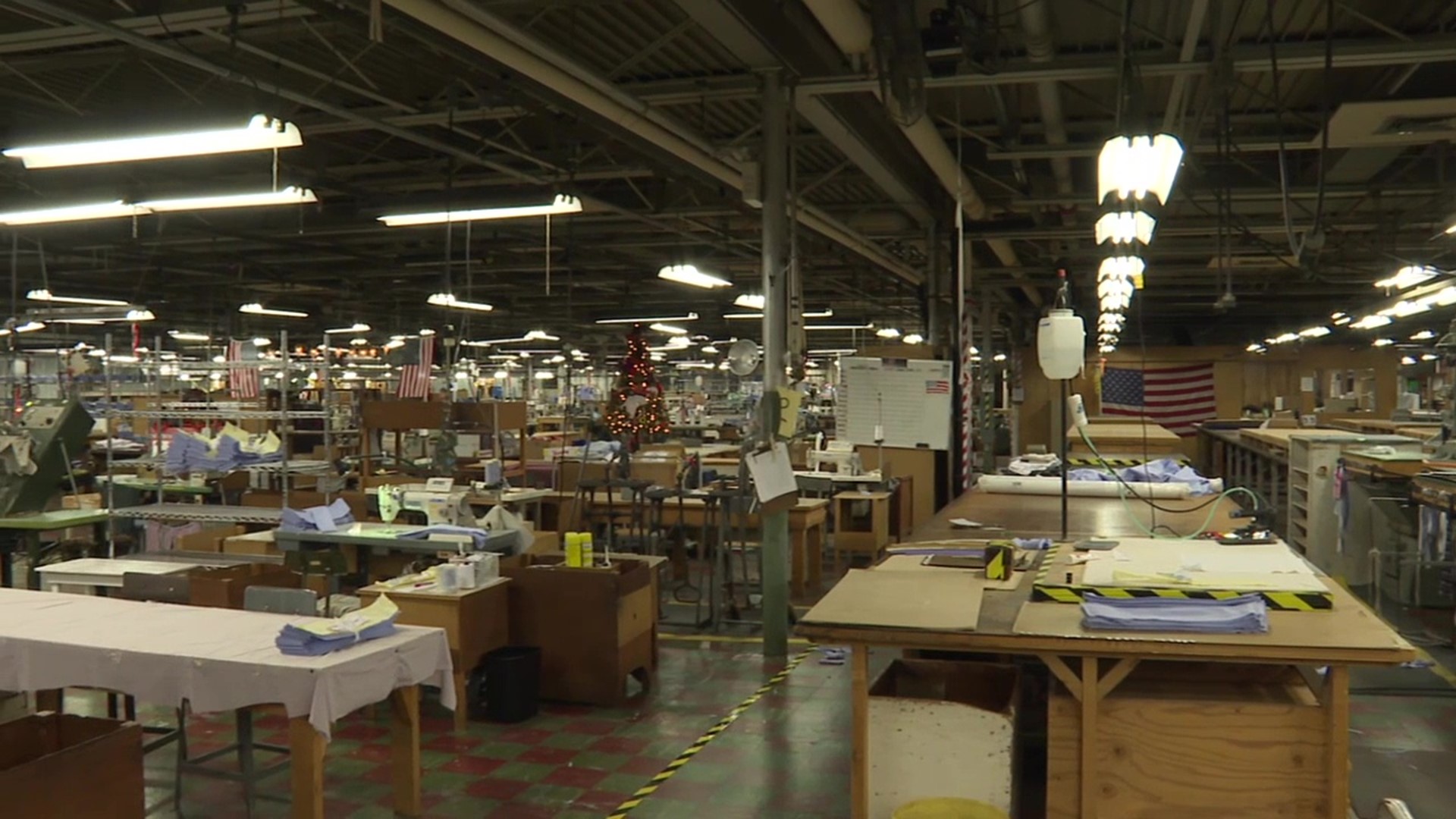 ASHLAND, Pa. — A plant in Ashland has been occupied since the 1950s, but for the first time in those seven decades, it has a new name and new leadership.

"We heard through a rumor mill that Gitman was going out, so five and a half weeks ago we contacted them, showed up, and within three and a half weeks, we closed the deal," Dick Holcombem of Brigade Manufacturing

Gitman Bros., which produced high-end dress shirts recently closed up shop in Schuylkill County, paving the way for Brigade Manufacturing to move in.

"A lot of people were saddened and heartbroken that they were going to be losing jobs, but when they found out Brigade was going to be moving in, it provided a beneficial, upbeat atmosphere for everybody," Ann Barwicki, the plant manager said.

Brigade is a government-contracted company, with several plants down in the south. Here in Ashland, the plant will focus mostly on producing different styles of shirts for the United States Postal Service.

"We've been manufacturing now for two weeks," Holcombe said. "We plan on getting this plant back up to full capacity and we have contracts with government agencies for the next three years."

Right now, about 50 people work at Brigade in Ashland, but Brigade hopes that number grows to well over 200.

If you're interested in working here, you can either stop by or head here.