There are limits on how long and how late a student would be allowed to work in a day. 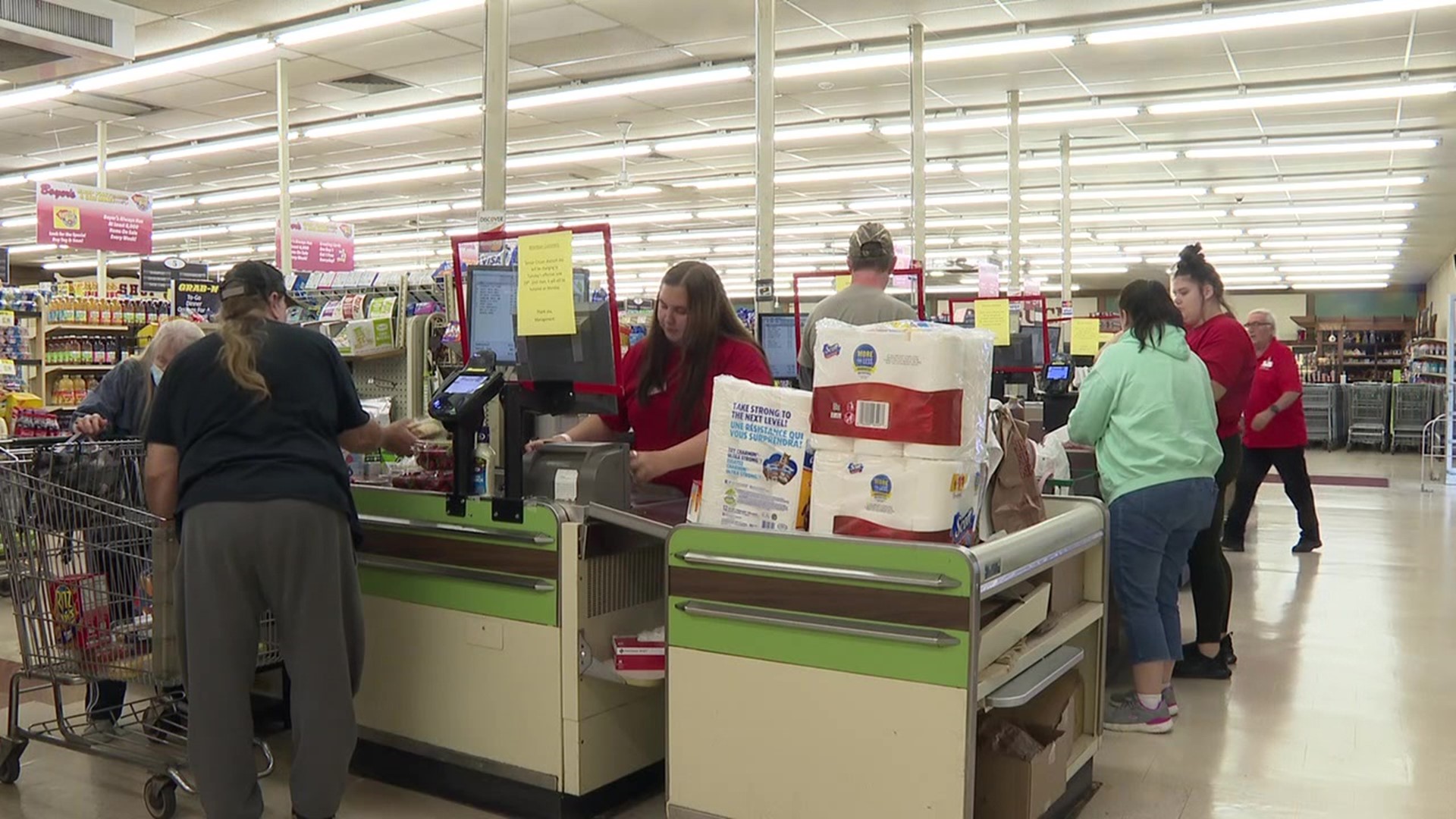 PINE GROVE, Pa. — Groceries made their way down the check-out counter and into people's carts on Tuesday at Boyer's Food Market in Pine Grove.

The store opened two weeks ago, seeing tons of customers every day. But with more customers comes the need for more employees.

With many kids out of school for the summer, and a lack of people wanting to work, Dean Walker, the president of Boyer's Food Markets, believed it was time to lower the minimum hiring age.

"You see 'help wanted' signs everywhere. It's been very difficult to get teammates, so we decided there's lots of interest from the 14-and 15-year-old crowd. So it was time to figure out how to bring them in," said Walker.

The food store was always able to hire 14 and 15 year olds but would have to work around state hour restrictions because of their young age.

The process of becoming an employee at the age of 14 and 15 at Boyer's is the same for 16 and 17 years old. It starts with getting working papers from your high school and your parent's signature.

There are also limits on how long and how late a student would be allowed to work in a day.

Shirley Schaeffer of Tremont has always been a customer of Boyer's Food Markets. She saw the hiring age change last night on Facebook.

"My granddaughter is 14. I wanted to come into the store and check it out first before I went back and let them know how it is, and I think it's great," said Shirley Schaeffer of Tremont.

Schaeffer believes the lower hiring age will teach kids, including her granddaughter, many life skills.

"I think it's going to teach her responsibility," Schaeffer said. It's also going to get to open up a little bit more because she is a little bit shy. And I just think interacting with people, and everybody here seems so friendly, so I think that's going to be a big plus."

Boyer's is hiring at all 19 of their locations.

To see the open positions or learn more, click here.