POTTSVILLE, Pa. — Later this summer, a man from Schuylkill County will be riding his bike across the United States, cranking out about 100 miles per day. ... 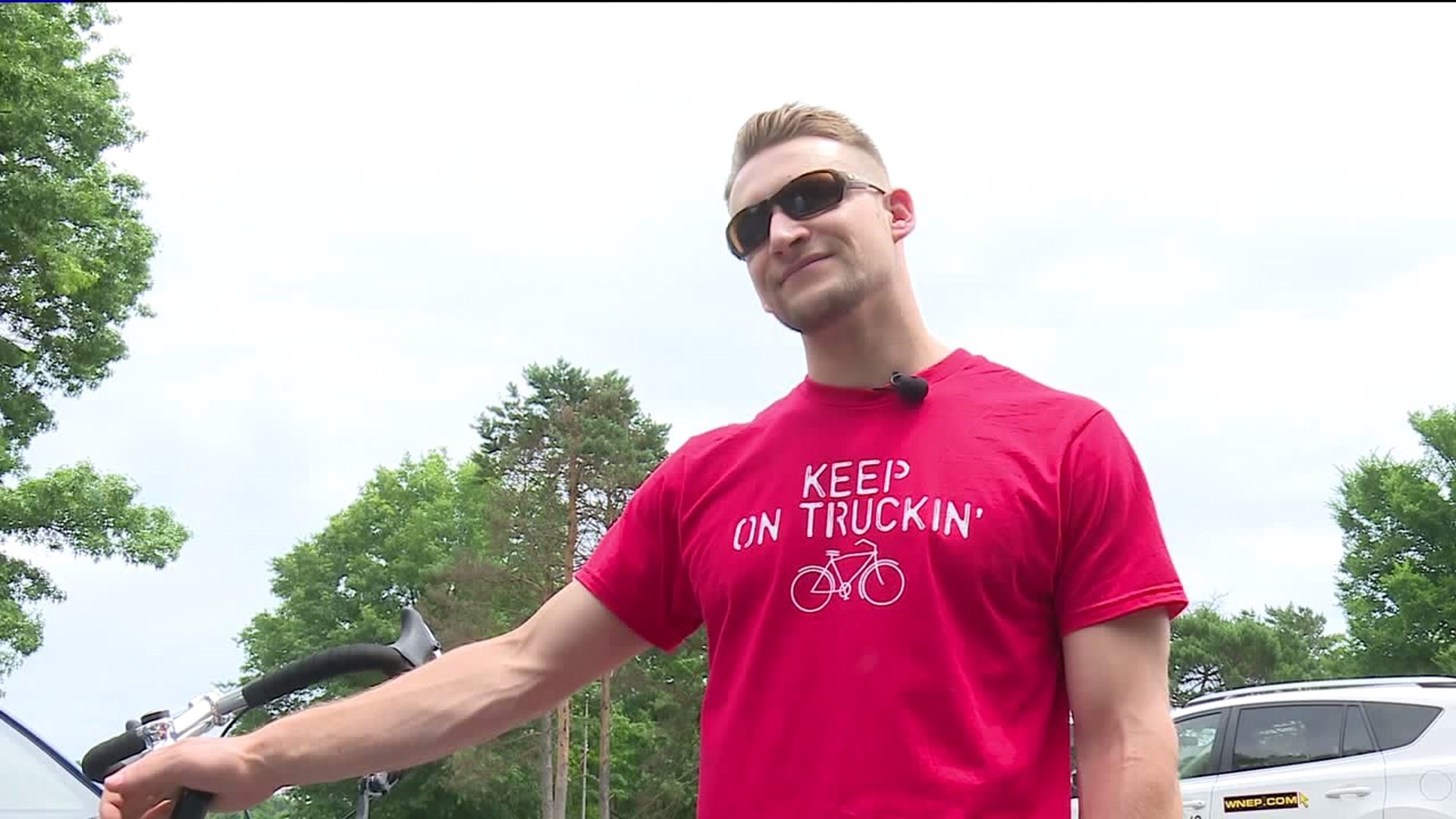 POTTSVILLE, Pa. -- Later this summer, a man from Schuylkill County will be riding his bike across the United States, cranking out about 100 miles per day.

He's embarking on the journey to raise money for two local dog shelters.

"A lot of the times, people are just making excuses left and right and sometimes it's warranted, sometimes it's not. I was just thinking about me and my condition. I'm a young guy. I don't have any kids yet. I'm not even married. I thought, if there's anyone who doesn't have an excuse not to do something as bold and time intensive as this, it's me," said John Matulevich.

In August, the Pottsville Area High School graduate and Minersville native will be riding his bike from the Golden Gate Bridge in San Francisco to Pottsville. It's slated to be a six-week journey that will span around 4,000 miles.

"It's as lightweight as it can be given that it's trying to support people who are heavy packers because people get a lot of weight on these bikes."

Just last week, Hillside rescued 30 dogs from a home in Upper Mahantongo Township, five of which have already been adopted.

"With all the amount of dogs coming in lately, we are really getting short on money, and it's really stressful on us and for him to drive 4,000 miles is truly amazing," said Haley Weist, Hillside SPCA.

Matulevich plans to arrive in Pottsville on October 5, where there will be an event on Garfield Square. For more information on the fundraising efforts, go to his GoFundMe page.