NEW PHILADELPHIA, Pa. — A woman from Schuylkill County was arrested early Monday after the four-year-old boy she was supposed to be looking after was foun... 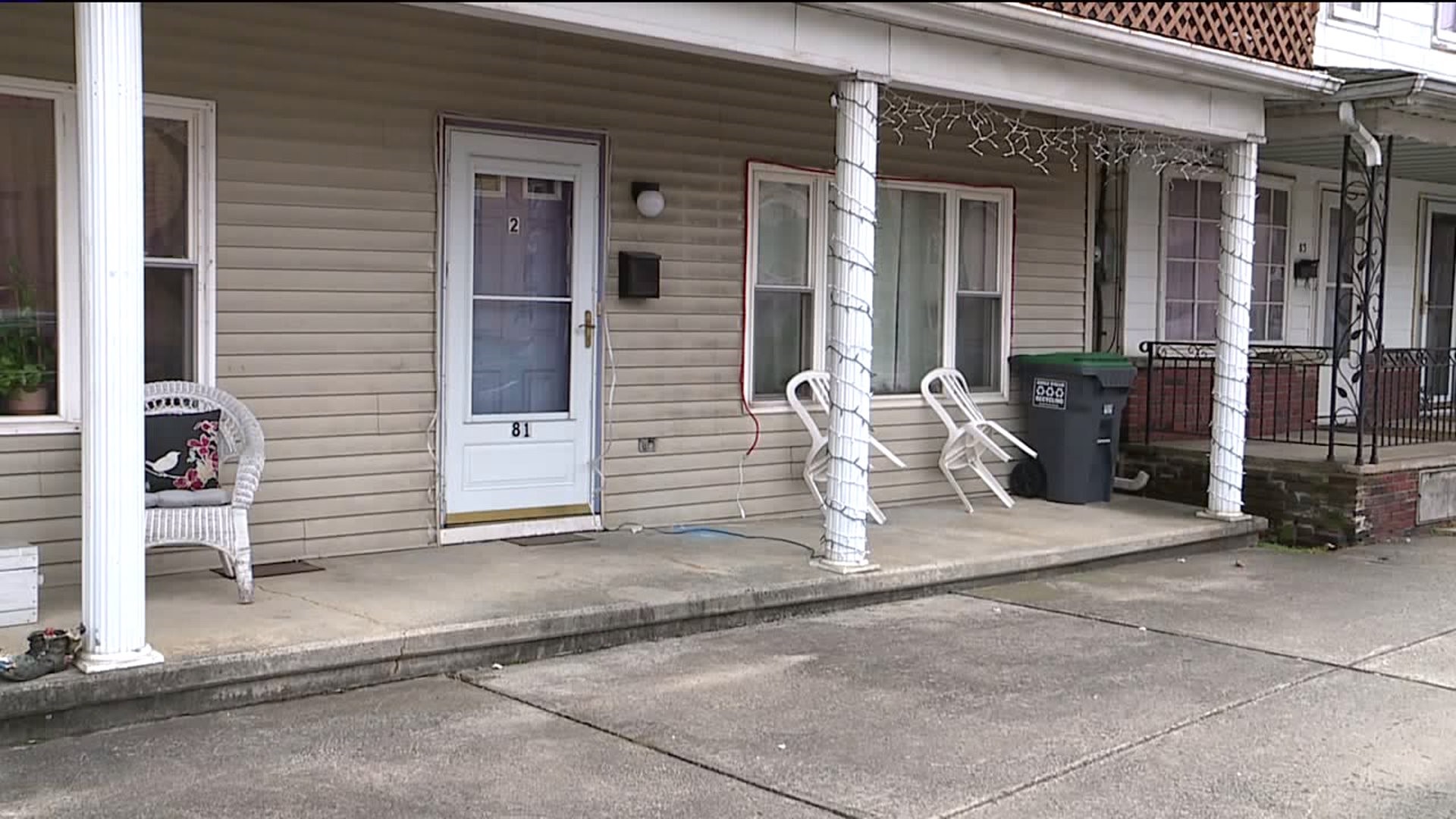 NEW PHILADELPHIA, Pa. -- A woman from Schuylkill County was arrested early Monday after the four-year-old boy she was supposed to be looking after was found naked and alone outside his home.

In the early hours of the morning, a woman who lives on Valley Street in New Philadelphia found a four-year-old boy outside of the apartment building next door.

According to state police, the victim was found outside in 31-degree weather, naked, and crying.

Police say the 60-year-old woman who was left in charge of the boy fell asleep after drinking Four Loko, a type of caffeinated alcoholic beverage.

"It is a weird situation, and I'm just grateful that the little boy is OK and nothing happened to him, you know, and that the right people found him," said Martina Mazloom.

Mazloom lives above the bar she and her family own on Valley Street. That's where she was when she heard what was going on outside.

"I ran down because I knew who's little boy it was and when I got down there, the mother was already sitting outside on the porch, and I said, 'what's going on?' and she said, 'I don't know, the neighbor was babysitting for me and all of a sudden the cops are pounding on my door,'" Mazloom said.

Mazloom tells Newswatch 16 the boy's mother and the babysitter have lived in the same apartment building for a little over a year.

New Philadelphia is a small borough; a little more than 1,000 people live there.

People we spoke to say everybody knows each other, and they were surprised to hear that something like this happened just a few doors down from their home.

"I mean the kids are well cared for, it's a real safe town. We don't have a lot of crime or violence against children or women here," Michael McNavage said.

"It is surprising that it happened around here because I moved out here around four years ago, and this is a very peaceful area, very friendly, neighbors helping neighbors. And for something like this to happen around here, it's disturbing. I would've never thought it'd happen here," Luis Velez said.