Another Round of Flash Flooding in Tremont 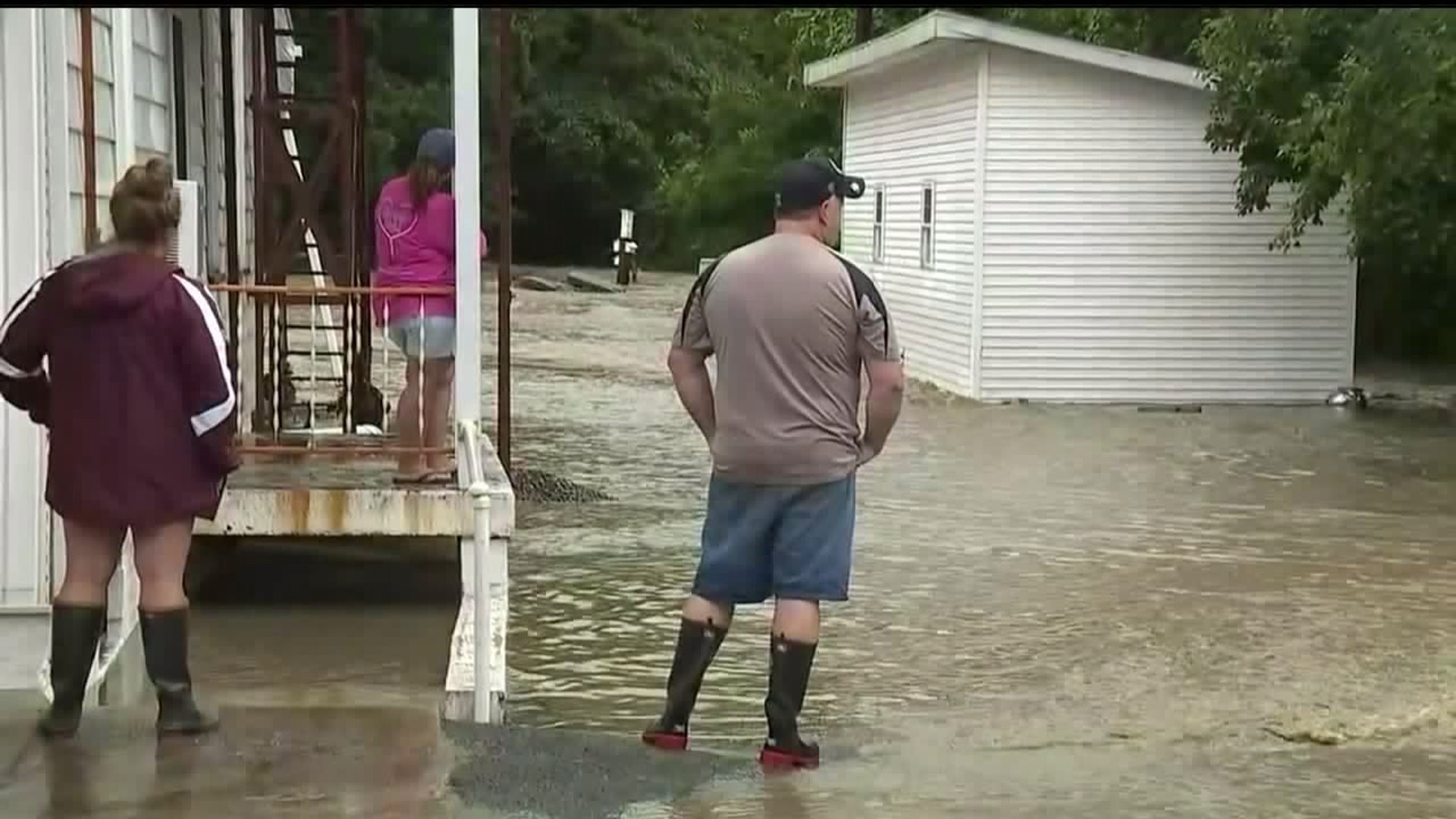 FLOOD: Tremont hit hard *again* by flash flooding. This is the scene on Spring Street. Homes flooded this morning for a 3rd time in a month. You can see despair in folks’ eyes as this weather pattern doesn’t seem to want to let up. @WNEP @WNEPWeather pic.twitter.com/phHP33Crj6

Basements, driveways, and side streets flooded as water rolled through the borough again.

This is the third time water ran through the streets in Tremont this summer.

Rescue crews were out in rafts picking up people.

Spring Street was soaked up to the first floor of some homes and now emergency officials have been hurrying to get the creeks clear of debris in case more torrential rain hits.

Emergency crews hustling to get this car out of the creek so that if more rain comes it doesn’t get washed into the bridge in Tremont that’s already taken a beating. @WNEPWeather @WNEP pic.twitter.com/7OcSrR8P9l

Pumps were working overtime and flood-weary people in Tremont were clearing mud and debris once again after what some consider the worst yet.

"My heart is for all these people, oh, my gosh," said Holly Shaeffer.

Schaeffer was helping her son and his family now dealing with a third flood in just as many weeks. Their home and dozens more on Spring Street were soaked.

Torrential rain sent water spilling out of Spring Creek Monday morning. Somehow, no one was caught in the floodwaters.

"I think it's time to get out. That's what we have to do. Unfortunately, no one is going to buy our houses," Kathleen Krammes said.

Floodwaters ruined Kathleen Krammes's carpeting and furniture on the first floor of her home and the new furnace and pump in the basement. And now, inches of mud.

"I think it's more than a freak thing, it's hell is what it is."

Extra crews were on hand to help. Joliett Fire Company's chief tells Newswatch 16 it's the worst he's ever seen in Tremont. 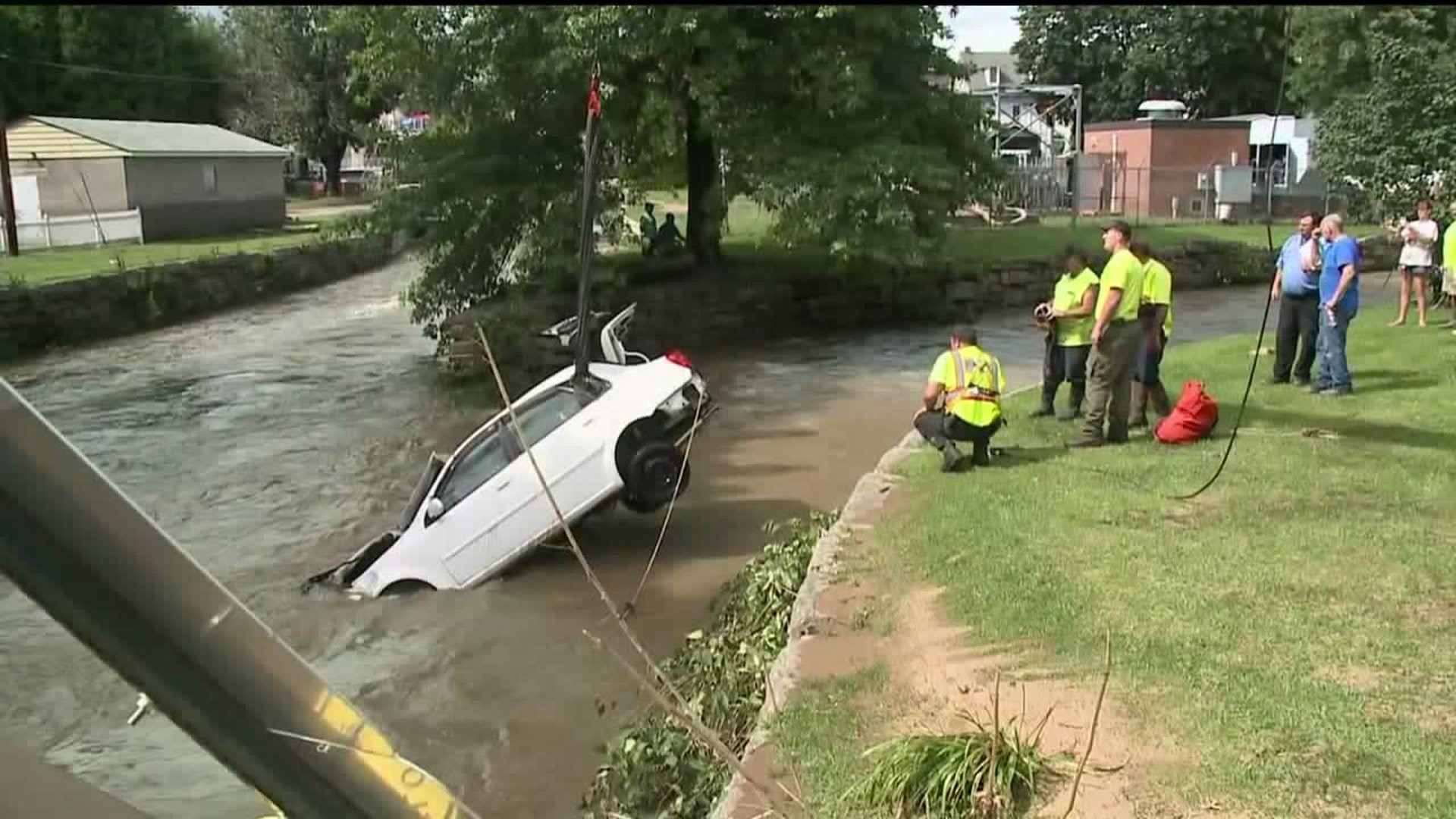 The American Legion, already condemned after a flood last month, took on more damage. And according to the forecast, this hard-hit area may not be in the clear from more flooding soon.

Emergency management officials are assessing the damage and the mayor of Tremont says he's looking into the possibility of closing down the borough to traffic due to all the damage.