Another Crash On Gordon Mountain, Neighbors Call For Truck Ban

GORDON — A trucker driving down that steep hill into the borough of Gordon lost control Monday morning and turned over, injuring the driver, according to ... 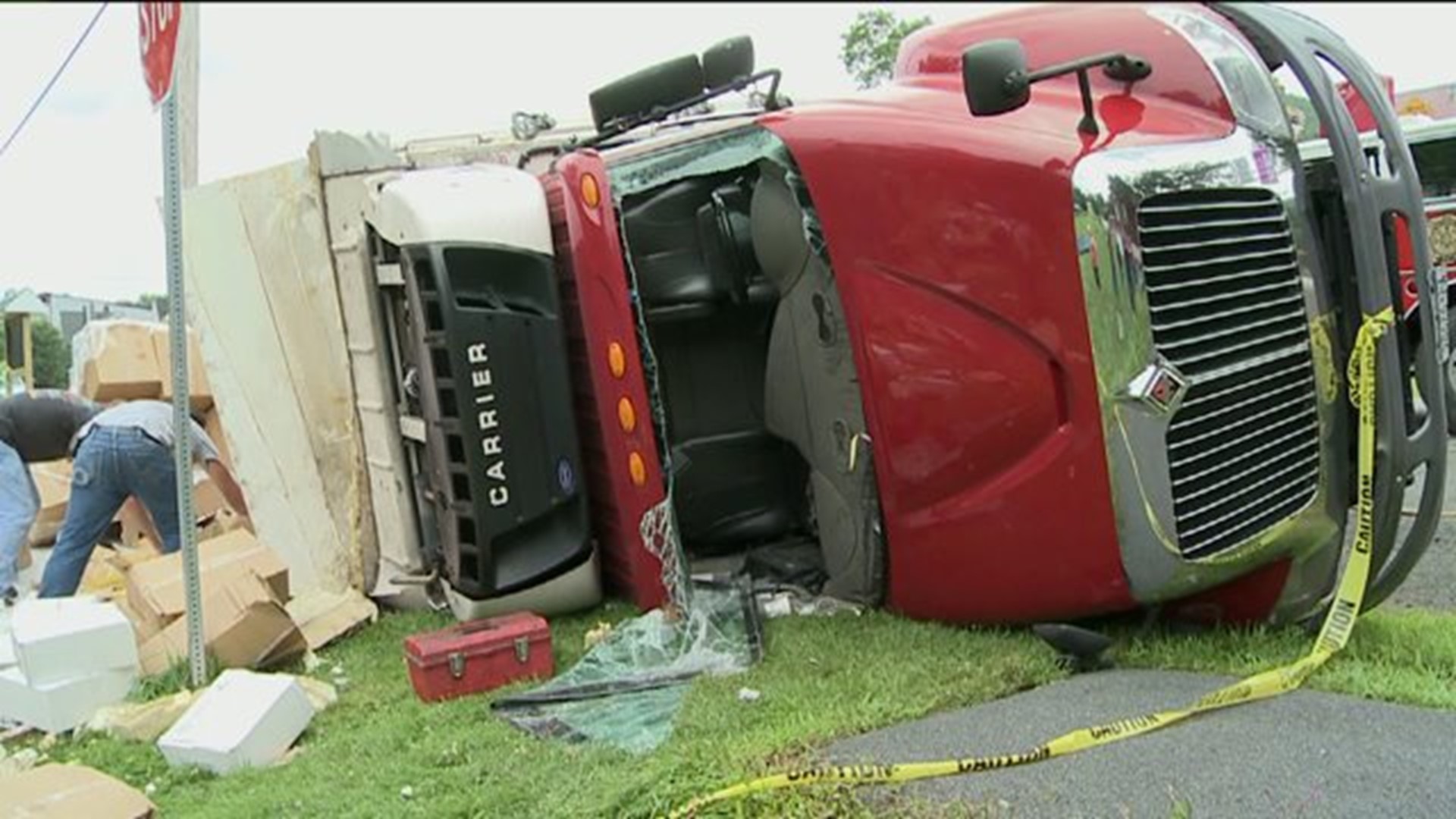 GORDON -- A trucker driving down that steep hill into the borough of Gordon lost control Monday morning and turned over, injuring the driver, according to police.

Neighbors say crashes like this happen yearly, and once again they're asking that trucks be forced to take another way.

Police have not identified the driver and have impounded the truck to see if its brakes failed.

The wreck left a mess of a Schuylkill County woman's driveway and she says it's not unusual. She's witnessed about a dozen crashes of cars and trucks on a stretch of road known as Gordon Mountain.

Carol Cheeseman left home to make the final payment on her car when a trucker hauling food lost control then tipped and crashed where her car would have been parked.

Cheeseman blames the steep hill in Gordon. She say trucks lose their brakes at least once a year and it's amazing no truck has ever crashed into her home.

"It's going to happen. I don't know when, I'm just hoping that when it happens, nobody's at home," Cheeseman said.

Neighbor Lisa Cheddar says she almost got hit by a truck coming down the mountain four years ago and she worries when a semi is behind her.

"You just hang on for dear life. You look in the rear view, you see one of these trucks coming, and you just hope he doesn't lose his brakes."

One official at the scene says the trucker in this crash appeared to be taking the turn at the base of the hill too fast.

After the crash, police say rescue crews used heavy equipment to free Pascual Santiago, 45, of Brooklyn, then flew him to Geisinger Medical Center near Danville, where he is in serious condition.

An hour after the wreck, work crews cleaned up some of the dry spaghetti and other food that spilled from the truck onto the Cheesman's driveway.

Things like this happen so often, Carol Cheeseman has turned it into a hobby. She has created a scrapbook, with every wreck since 2002.

"There was one time when there were watermelons, and it went that way."

Her scrapbook has pictures and newspaper articles of all the cars and trucks that crashed on her property, including one in 2005 where a driver died.

She and her neighbors hope the driver in this latest truck wreck makes a full recovery.

Some neighbors say the crashes have been less frequent because trucks, especially semis, have been avoiding the stretch of road from Interstate 81 to Gordon.

But they say unless trucks are banned from that stretch of road, they'll remain concerned.