POTTSVILLE, Pa. — Hours after a deadly fire tore through this double block home on Howard Avenue in Pottsville, the only activity was from electric crews ... 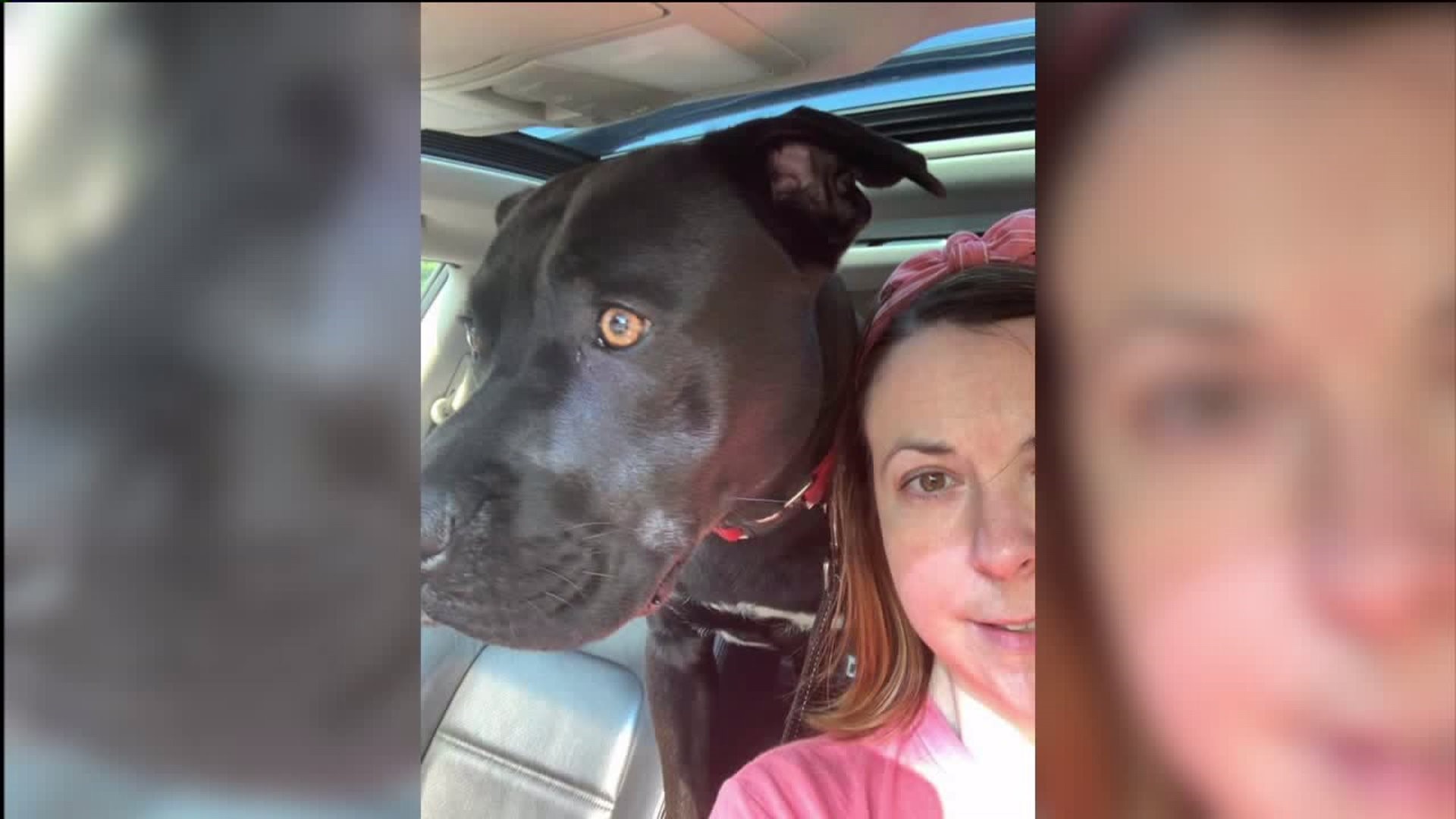 POTTSVILLE, Pa. -- Hours after a deadly fire tore through this double block home on Howard Avenue in Pottsville, the only activity was from electric crews pulling up outside.

It's a far cry from the commotion caused after the blaze broke out around midnight as fire crews filled the street.

The fire killed 42-year-old Lorrie Botella who died at the hospital after being trapped inside her home.

Her dog, Thor died as well.

Megan Curry volunteers at Hillside SPCA in just outside Pottsville and helped Lorrie adopt Thor back in the spring.

“Thor loved her right away. He went right to her and that`s not usual for him,” said Megan. “He was abused before he came to the shelter so he was very untrusting of people.”

Megan says Lorrie initially adopted Thor to be a playmate for her other dog, Dexter.

But after working for weeks to get Thor to trust her, Megan says Thor became Lorrie's playmate instead.

“He ended up being her best buddy and she would send me updates and pictures and videos and everything, every single day,” said Megan.

Megan believes it was that bond that caused Thor to stick with Lorrie inside the home when she became trapped.

“He followed her around and he was very devoted to her and she did everything she could for him and in the end, he stayed with her,” said Megan, choking up.

According to Megan, Lorrie's other dog, Dexter, was able to make it out. He's currently being cared for at a foster home.”

Megan`s consolation is that Lorrie and Thor are together.

“She loved him more than anything.”

Red Cross is assisting seven people displaced from the other side of the double block due to smoke damage.

A state police fire marshal is investigating the cause.