POTTSVILLE, Pa. — The Yuengling Brewery in downtown Pottsville has some new art. Murals are being painted on the side of the historic brewery. “It&#... 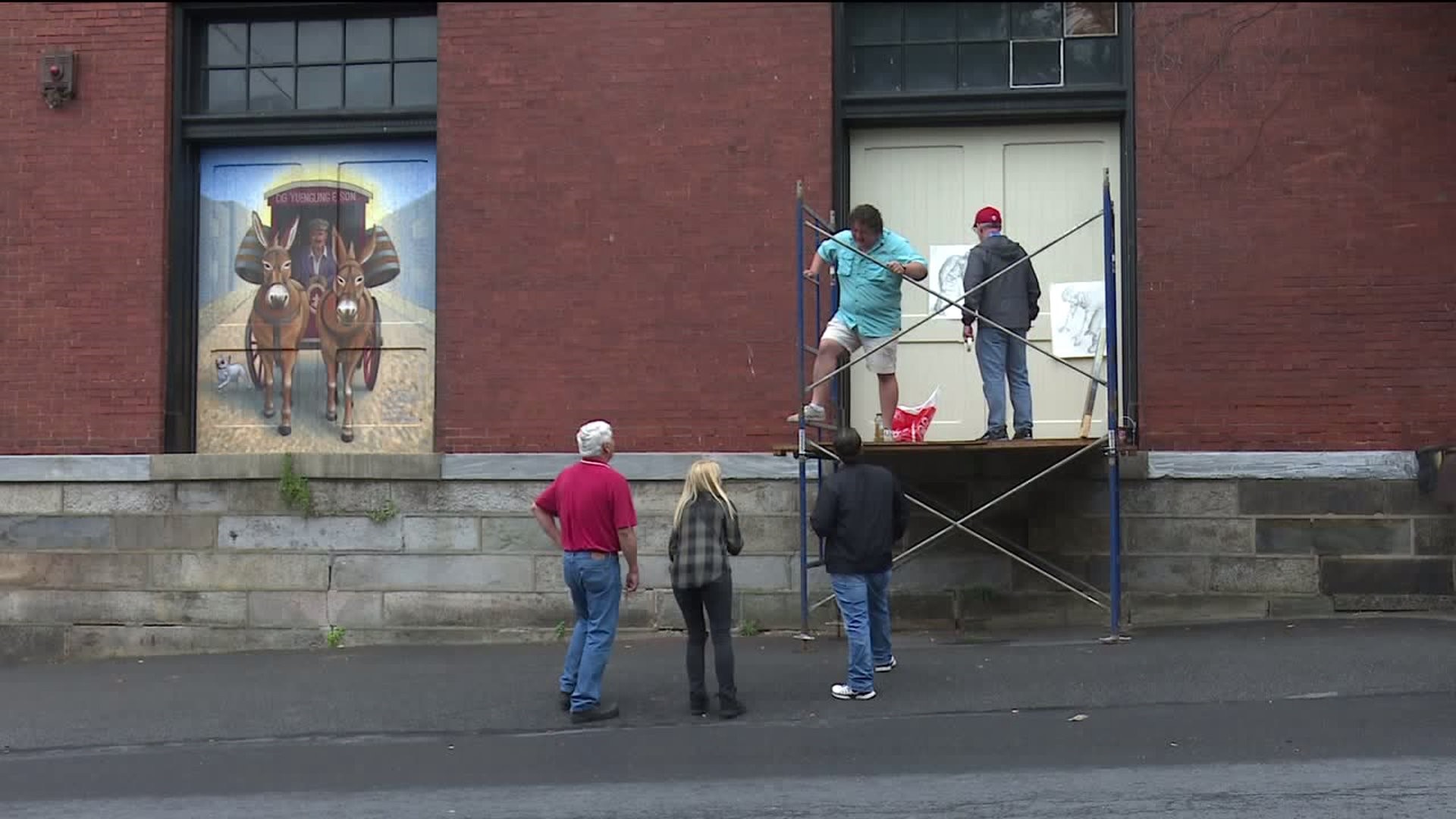 POTTSVILLE, Pa. -- The Yuengling Brewery in downtown Pottsville has some new art. Murals are being painted on the side of the historic brewery.

"It's been wonderful," said artist Mark Sassani. "I'm all excited about it because this is a big deal. Everybody knows about it. It's really big-time now since they have the brewery in Florida and two here."

Mark Sassani of Mount Carmel is the man behind the artwork. He began painting the art after his daughter took a tour of the brewery.

"She said, 'He's an artist,' and he goes, 'Oh, wow.' He says, 'I have two doors over there, and the artist is dead for a long time that did the last painting on it and they're getting the doors replaced and I need someone to do it.' And she says, 'Well, he'll take care of you.'"

After showing brewery owner Dick Yuengling some sketches, he got to work.

The doors Sassani is painting were recently replaced by the Yuengling family. The previous doors had similar murals featuring brewery workers on them, but the artist who did those had passed away.

"I heard he was very good at what he did. I've seen his work. I've seen some of the work he's done in churches and Mark is fantastic the way he's doing this," said Dick Yuengling.

Yuengling said he wanted someone who was from the area to do the work.

"I always choose local people to do things for our building. We use local contractors. When we're building something, we buy local and that's the way we are."

Sassani has enlisted the help of his daughter and a former art student of his to do the work.

Since the previous murals on the doors became such an iconic part of the brewery, he wanted to make sure his had the same effect.

"The last murals they had were sort of simple and I really wanted these things to pop from across the street," Sassani said.

The second mural should be complete in the next month.