ASHLAND — It’s a big weekend for some of the best student musicians in Pennsylvania, as district music festivals are taking place at high schools al... 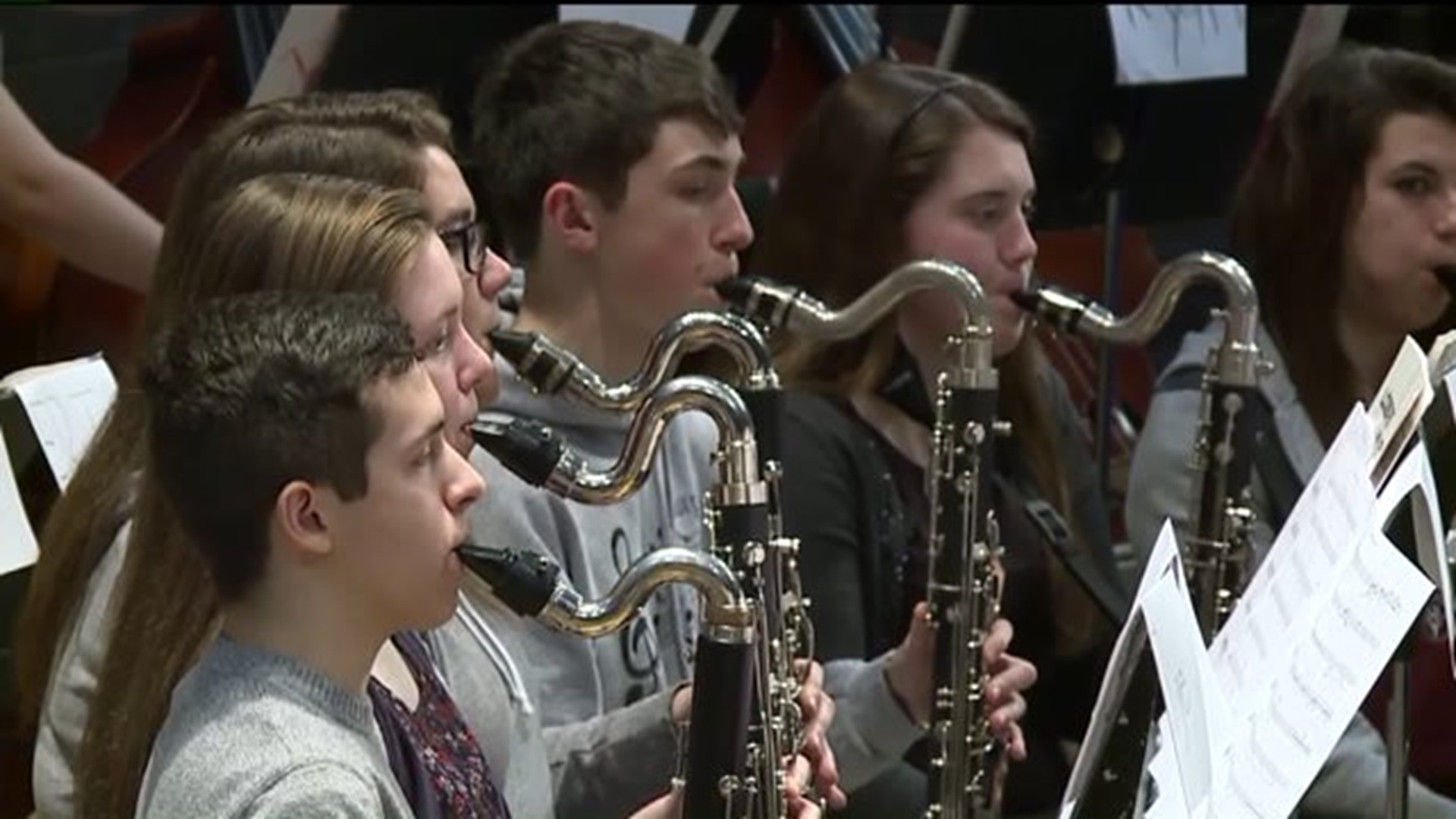 ASHLAND -- It's a big weekend for some of the best student musicians in Pennsylvania, as district music festivals are taking place at high schools all over the state.

In Ashland, some of the 140 most talented student musicians, throughout northeastern and central Pennsylvania gathered. They are from more than 50 schools from Pike to Schuylkill County.

"There were probably 800 students who auditioned for the 140 spots that we have in this band. Not even one-quarter of the students who want to be here get the chance to do that," said Eric Hahn, the District 10 PMEA President.

Students like Sydney Fritz from Stroudsburg High School know exactly how hard it was to get to the 2016 Pennsylvania Music Educators Association District 10 Band Festival.

"Last year, I auditioned and I didn't make it. This is my first year and I made it. So yeah, I'm really excited to be here," said Fritz.

For many of the students here, like Bangor Area High's Rose Tollson, there is just as much nervousness as there is excitement.

Many of the student musicians are not only nervous about performing at the District 10 music festival, but how they do here will determine who moves on to regionals.

"It's really competitive. Some instruments are more competitive than others," Tollson added.

Although this group of 140 will dwindle down to about 40, it's a friendly competition. Most of the students realize the accomplishment it is to just be here, and they are simply soaking in the experience.

"It's really cool to be a part of an ensemble. It is made up of so many talented musicians, and hearing everyone play and play along with everyone, it's a great experience," Ryan Hynes from Emmaus High School.

Rehearsal for PMEA Festival for District 10 was held on Thursday, but the music festival will be held Friday at 7:30 p.m. and Saturday at 1:30 p.m. inside the North Schuylkill High School auditorium. Tickets are $5 for students and $7 for adults. It will be an hour-long show.